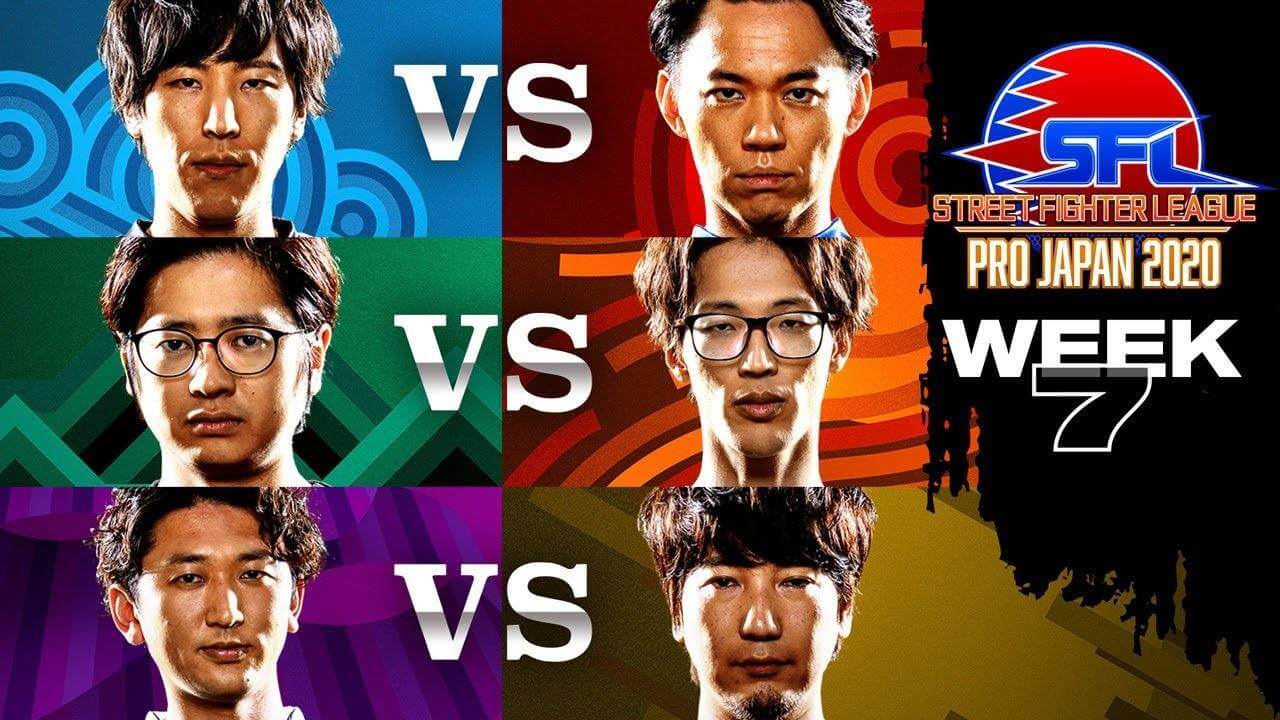 Pic Source: Capcom Fighters YouTube Channel
#News
Tokido Flame and Umehara Gold shoot up in the standings. The position of Nemo Aurora is still quite strong

The Japanese Street Fighter League inevitably approaches the final stage - the teams have only three weeks left to fight for the first three positions that give the possibility to proceed further. The recently finished Week 7 of Street Fighter League Pro-JP brought some changes to the general standings (in comparison to Week 6) and distinguished three leaders.

This was a significant success for the team of Tokido - the guys got 4 points and the leading position in the standings.

What was good about this (and this applies to all three of us), we all struggled in our sets. We didn’t just steamroll our way to victory, we first went through a hard struggle, then figured out how to play better and take things back. All three of us had comeback wins, and I think that’s something so great. Considering how short these sets were, I think they were really great.

The team of Mago got an important victory - it allowed the guys to move up from the last position in the standings.

Mizuka and Moke both brought out incredible performances. Moke started in a rough spot, but I’m super happy he was able to practically shut Fuudo down completely. Meanwhile, Mizuha hadn’t had much luck with Kolin so far, and he was struggling for a while, but under these conditions, he was able to play his own way and get the win, and I’m so glad.

Daigo and his team had a slow start in this Street Fighter V esports tournament, but now they defeated the previous leader and improved their position. For Nemo Aurora this match wasn’t a happy one - still, these guys are quite ahead of the closest competitors.

Daigo Umehara shares his thoughts during the stream:

We’ve taken four points from the provisional first-place team, which I think gives us a big edge. So I hope we can just keep our heads in the game and keep doing our best.

Japanese Street Fighter players are traditionally strong, so watching these matches is such a joy. Two guys from the teams have gotten tickets to Capcom Cup 2020: Daigo and Gachikun. A few days ago, Jiewa from China joined the party

Another strong region in Street Fighter Esports is America. Have you watched matches of SF League Pro-US Week 5?