Mister Crimson Interview: "I had no right to lose" 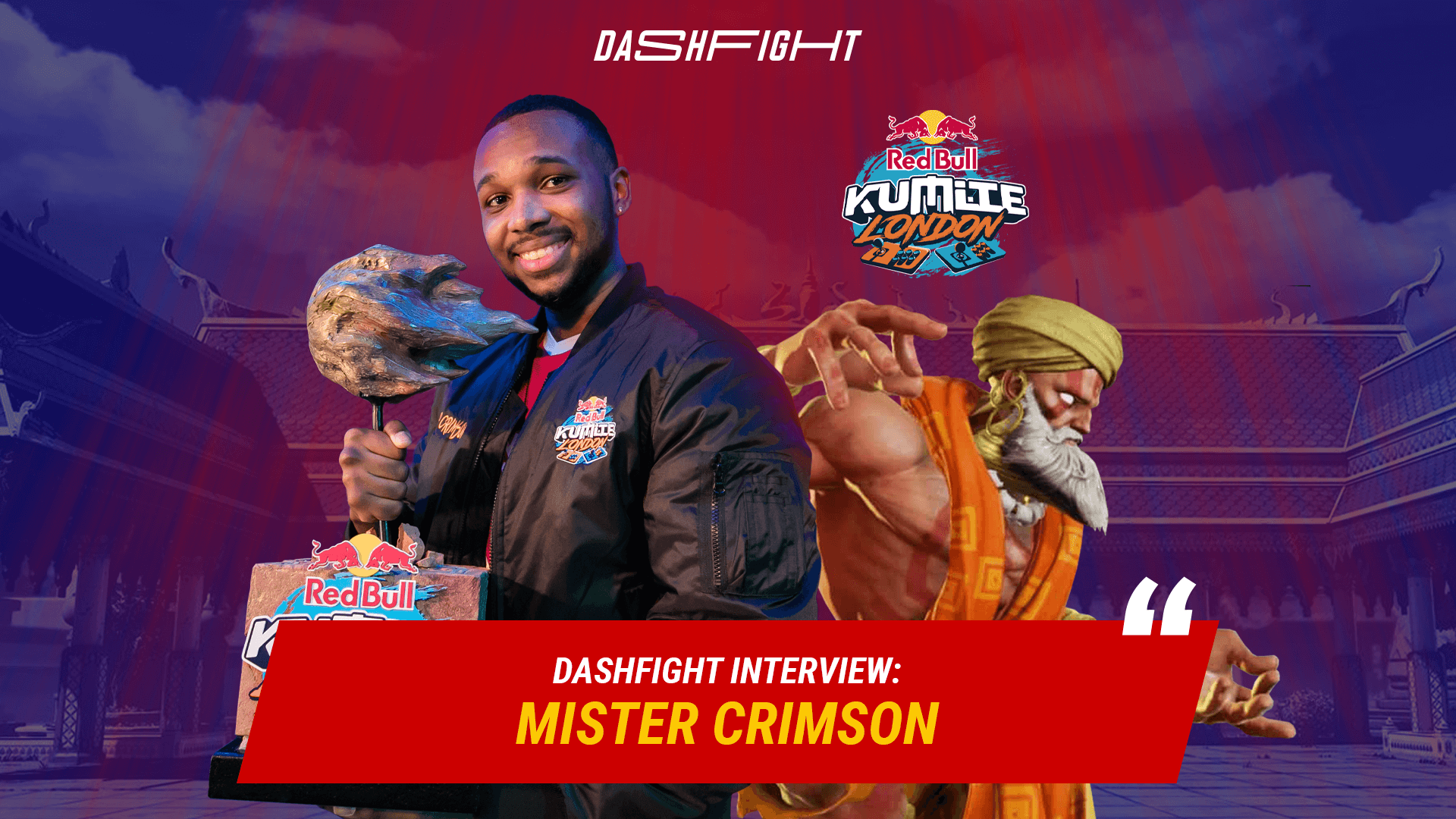 That Red Bull Kumite tournament in London was a breath of fresh air for the Street Fighter community. We had almost forgotten how awesome it is to see the emotions of players during top-level fighting matches, and now this offline event totally refreshed those memories — they’ve added new energy into our common competitive spirit.

Right now, RB Kumite London 2021 is already history. We are back to our online connections — to train, compete, and enjoy CPT 2021 qualifiers. And still, let’s delve into the emotional whirl of the recent (absolutely breathtaking) SFV matches. It’s hard to imagine a better way to do so than checking out the direct impressions of the winner himself, the French player Mister Crimson.

For a detailed recap of this event, check out our post Red Bull Kumite London 2021.

— Could you please share your general emotions, impressions of the tournament?

On the emotional level, I feel better than ever. I’m very tired physically, but the mind is present. I want to shine even more for the people who support me. The tournament was absolutely exceptional!

— You had two matches against iDom with totally different results. What helped you to prepare for the Final?

I actually have several games against iDom to my credit, mainly defeats. I was impressed by his offense and his management of the game. The element that pushed everything is my friends, who gave me advice on how to orient my game and adapt to his offense.

— On your match against Punk, how does it feel to defeat the guy who many consider the best in the world?

Punk is an exceptional player. When I played against him for the first time, I had the impression that he was from another planet. But in our match on the stage, I had no right to lose. Maybe one day we’ll exchange a friendly handshake.

— You have victories in matches with Gachikun and Luffy. Does it feel different to play against someone from your region and someone you never meet in the online environment?

In my match against Gachikun, I had a lot of success. And despite the matchup being unfavorable for me, the format "First to 2" allowed me to take the psychological advantage and win quickly.

Luffy is one of my French rivals but also a friend. It’s always interesting to play against him — because it’s like trying to control a wild beast. That was one of our best exchanges. I get to win with a bit of success and some small details.

— Which matchup (character) was the most difficult for your Dhalsim?

The hardest MU's are Rashid, Bison, Urien, and Balrog.

We congratulate Mister Crimson on this victory. Thanks for sharing your impressions. And thanks for the great Street Fighter style you demonstrated during the tournament!

Guys, you can enjoy the Street Fighter matches of Mister Crimson on his Twitch channel — just click that Follow button.

We hope to see this guy playing at many other tournaments, such as the Intel Open World series (Tokyo Olympics) and Capcom Pro Tour.

Are you interested in interviews with other SFV personalities? Check out our conversations with Mago, Nephew, and NeroTheBoxer after their CPT 2021 victories.

To stay in touch with the exciting world of Street Fighter and fighting games in general, follow DashFight on Twitter and Facebook. Join our Discord server!