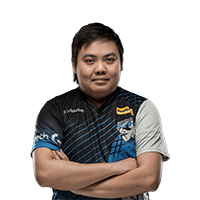 Mathieu Nguyen, also known as "Kirakira" is a fighting game player from Switzerland. He represents mYinsanity and mains Eliza in Tekken 7 and Terry in Super Smash Bros. Ultimate.

At TEKKEN ONLINE CHALLENGE OPEN TOURNAMENT EU Southwest, he placed 5th in T7 singles with a 75% set win rate after being defeated in matches against Bode and Mitrust Storm.

Follow Kirakira on Twitter and be sure to keep up with DashFight to learn of his future exploits!