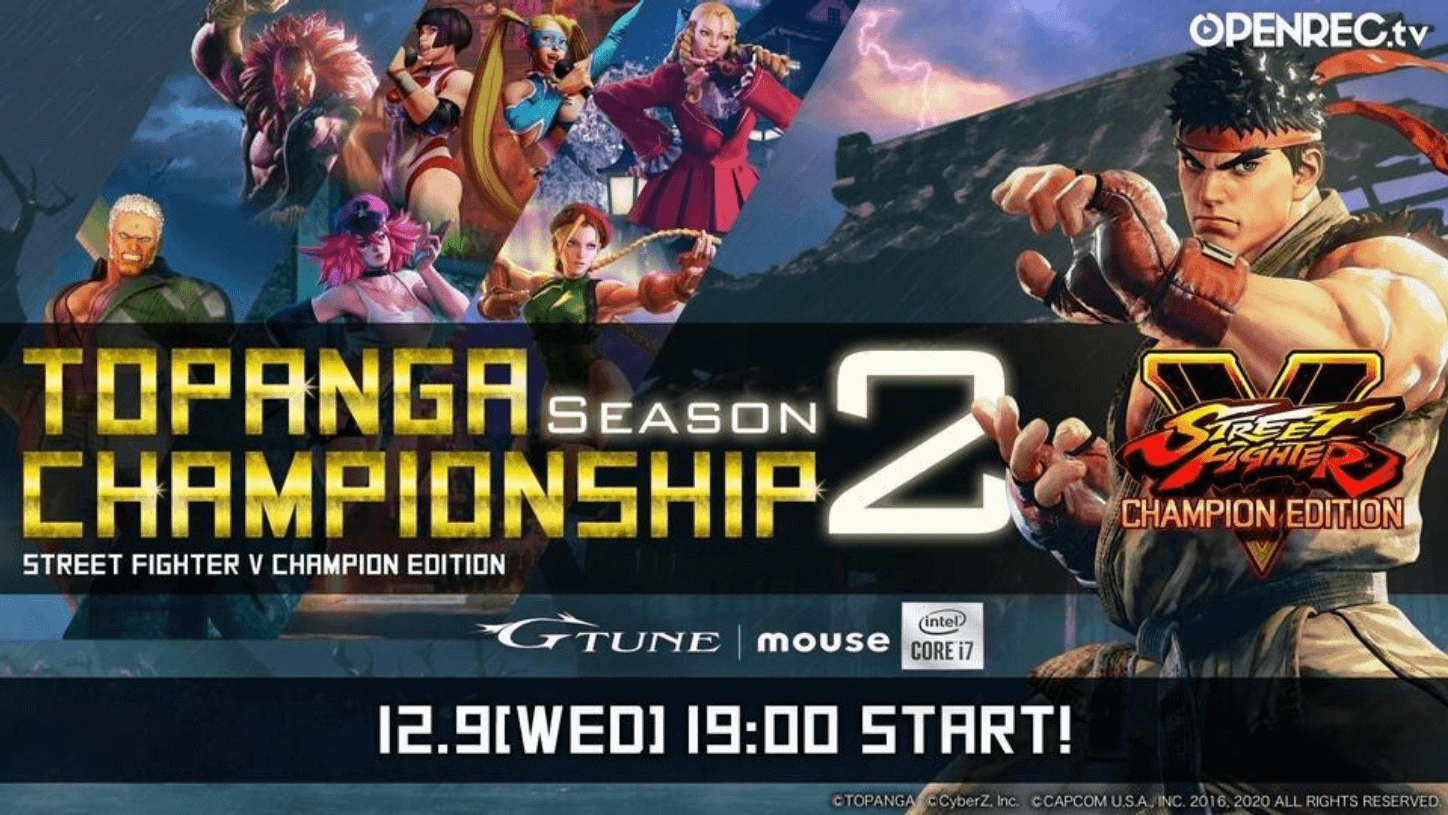 One of the most interesting events in the world of Street Fighter 5 esports is happening right now in Japan. It’s Topanga Championship Season 2, and the list of participants contains some of the most talented guys in the industry.

The first season of the Topanga Championship happened in February-March 2020. It was won by Hajime "Tokido" Taniguchi.

24 players participate in Season 2. They are divided into three groups. The top two players in each group proceed to the final stage - they will play offline.

The prize pool of this tournament is quite impressive (almost like one of WePlay Dragon Temple). The winner gets 2.5 million yen (Eventhubs informs that it’s almost $24,000).

We already know two top players of this group - Masaki “Kawano” Kawano and Hiromiki "Itabashi Zangief" Kumada will fight in the final matches.

Leaders in this group are Keita "Fuudo" Ai and Ryusei, but this may change.

Matches of Topanga Championship Season 2 happen almost daily. The Finals are planned for December 18-20. You can watch the matches on the official openrec.tv channel.

If you enjoy watching Street Fighter matches of the top level, you may be interested in the upcoming Capcom Cup 2020.