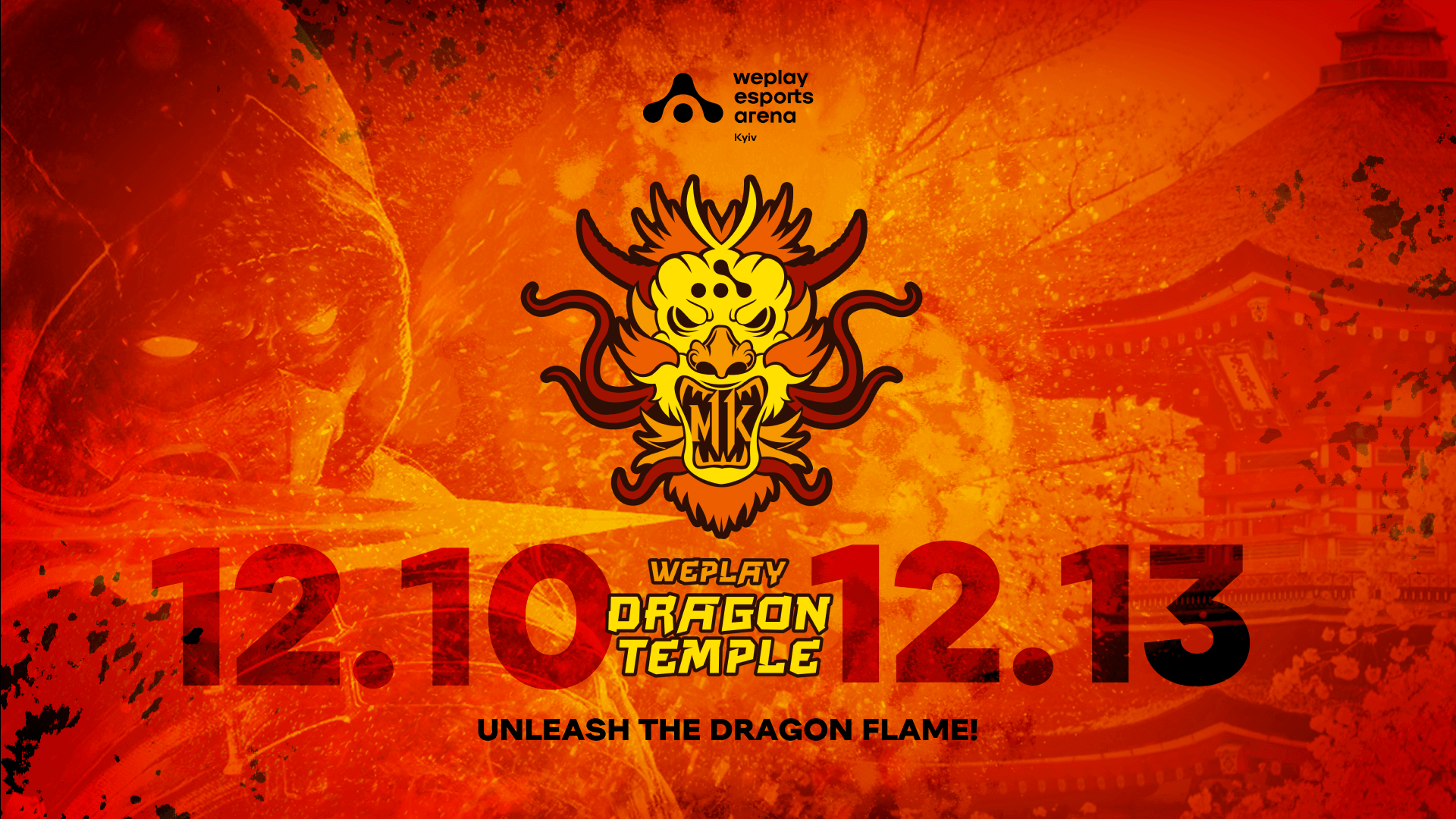 Image Source: weplay.tv
#News#WePlay Dragon Temple
WePlay is looking to bring back offline events. And it looks like a great tournament to keep an eye on for December

WePlay Esports has announced a new LAN event for December - WePlay Dragon Temple. The event will run from the 10th to the 13th at the WePlay Esport Arena in Kyiv. The event will sport a $60.000 prize pool for all its participants to compete over. The players will be revealed later on, but we can guarantee that they are something worth waiting for. It is a two-stage event, with a group stage that will later feed a double-elimination bracket.

The WePlay Dragon Temple tournament is the very first event the WePlay's Esports custom-built Arena sees after it was constructed earlier this year. The area is a remodeled pavilion of the Ukrainian Expocenter to allocate offline esport events all year round. There will be a lot of eyes at the event. Not just as a new exciting entry in the competitive Mortal Kombat calendar, but also as one of the very first events to go offline after the global Covid Pandemic.

We are so excited for this event to happen, not only because it is being a so desired offline event, but also because DashFight will be the official media partner for the event. Stay up to date and follow us on Facebook and Twitter or join our special Discord server to meet other players from the fighting games community.