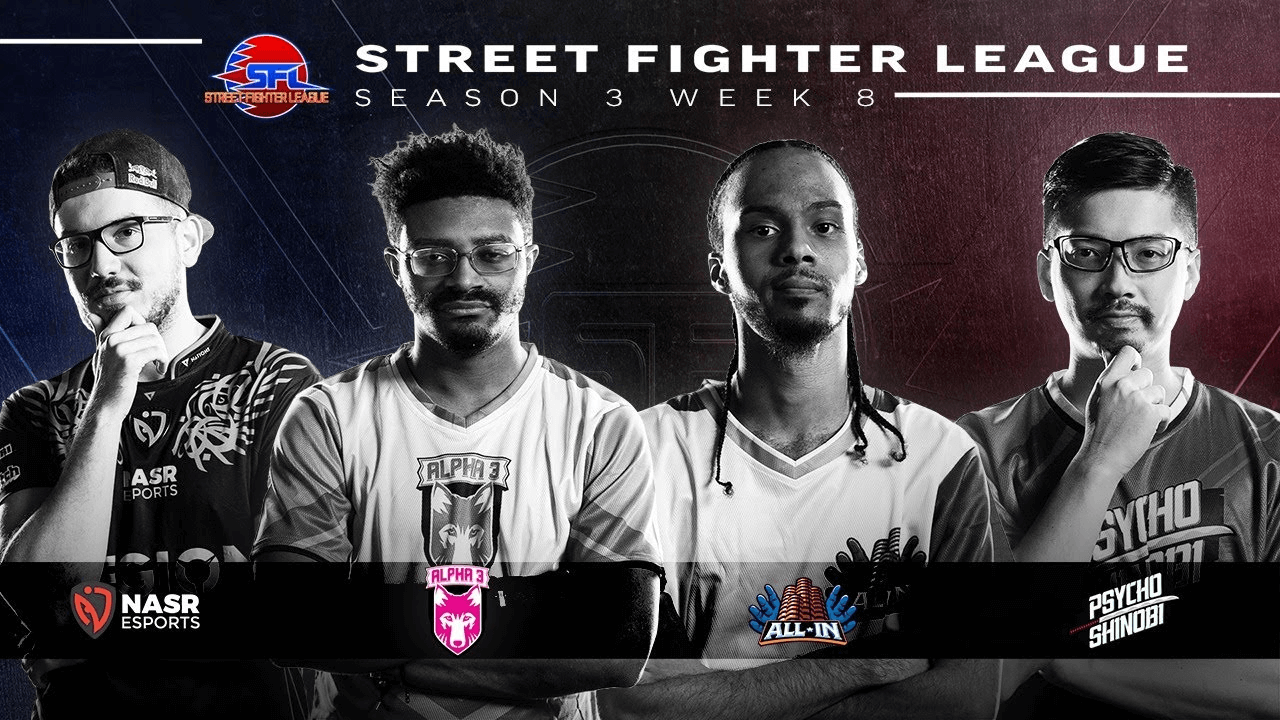 Pic Source: Capcom Fighters YouTube
#News
It’s the first loss for the All-In guys in this tournament. The competitors are far behind

Street Fighter League Pro-US has successfully finished its first half. After 8 weeks of wonderful fights, we have two leading teams, three middlings, and one outsider.

There were two matches on Week 8 of the tournament.

This victory allows NASR to stay in the fight with three other teams that have the same result: 2 wins and 3 losses.

Then, the exciting match of two leaders started.

So far, the All-In team had an incredible run with 5 victories in a row. But Alpha 3 demonstrated its power, so Punk didn’t have to save his teammates as he did on Week 7.

Of course, it’s better to check out all the matches on video:

Meanwhile, the Japanese competitors already finished their SF League, so they are ready to proceed to the Grand Final.

Quite soon, we’ll be able to see many players from the SF League fighting at Capcom Cup 2020. So stay tuned to DashFight on social media to get all the important fighting esports news directly into your feed.