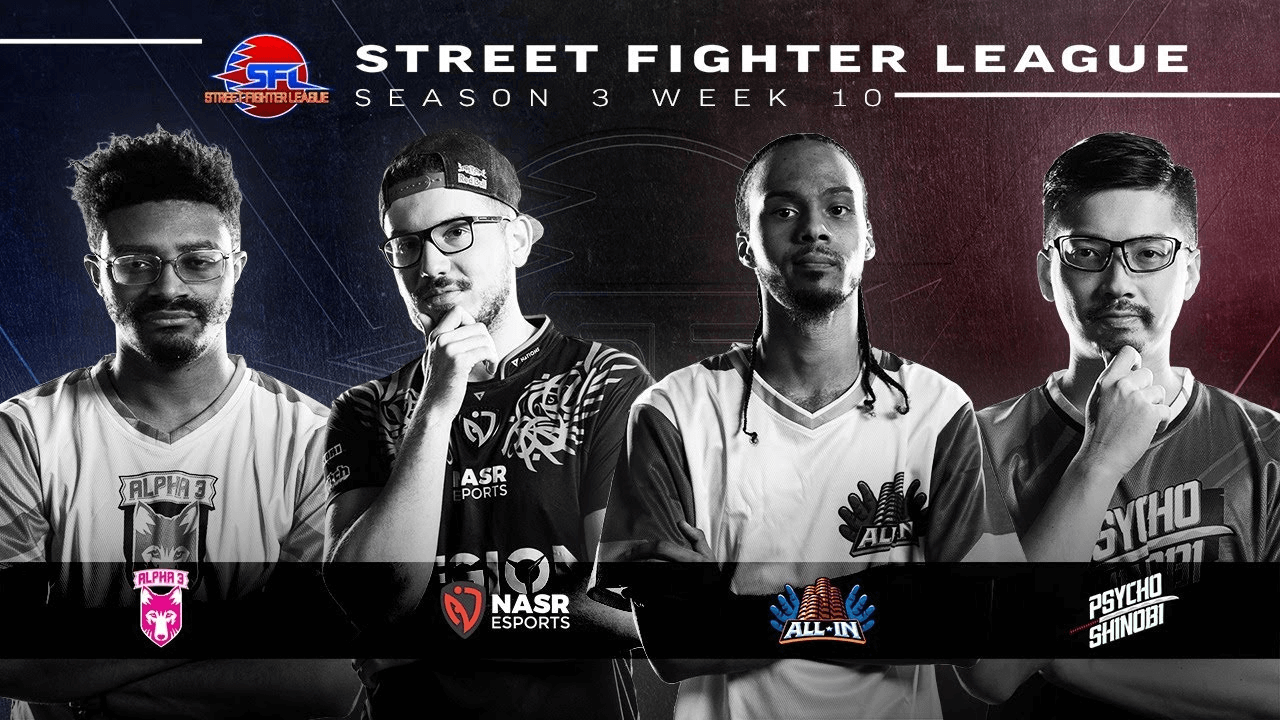 These ten weeks of the Street Fighter League Pro-US were filled with fighting excitement - and we have four more stages of this tournament. For quite a long time, it seemed like there was no one who could defeat the All-In team. Only on Week 8, these guys got their first loss. During the most recent matches, the team of iDom was defeated again. They still have very good positions, but the final results of this tourney are uncertain.

On Week 10 of Street Fighter League Pro-US, we could witness two matches:

The absolute leader of this match was… Seth. This character was the winner in fourth matches (including the final against himself). Alpha 3 continued the win streak, and again Punk proved his power as a leader (almost like on Week 7 when he had three wins in a row). For Psycho Shinobi, this is a painful defeat - they remain in the 5th position in the standings.

NASR had quite a good start of the League, but very quickly, the guys fell from the second position to the fifth. Before this match, they have the same stats (3W and 3L) as Dynamite, so this victory over All-In is super significant.