Dynamite Made It To Playoffs - Street Fighter League Week 15 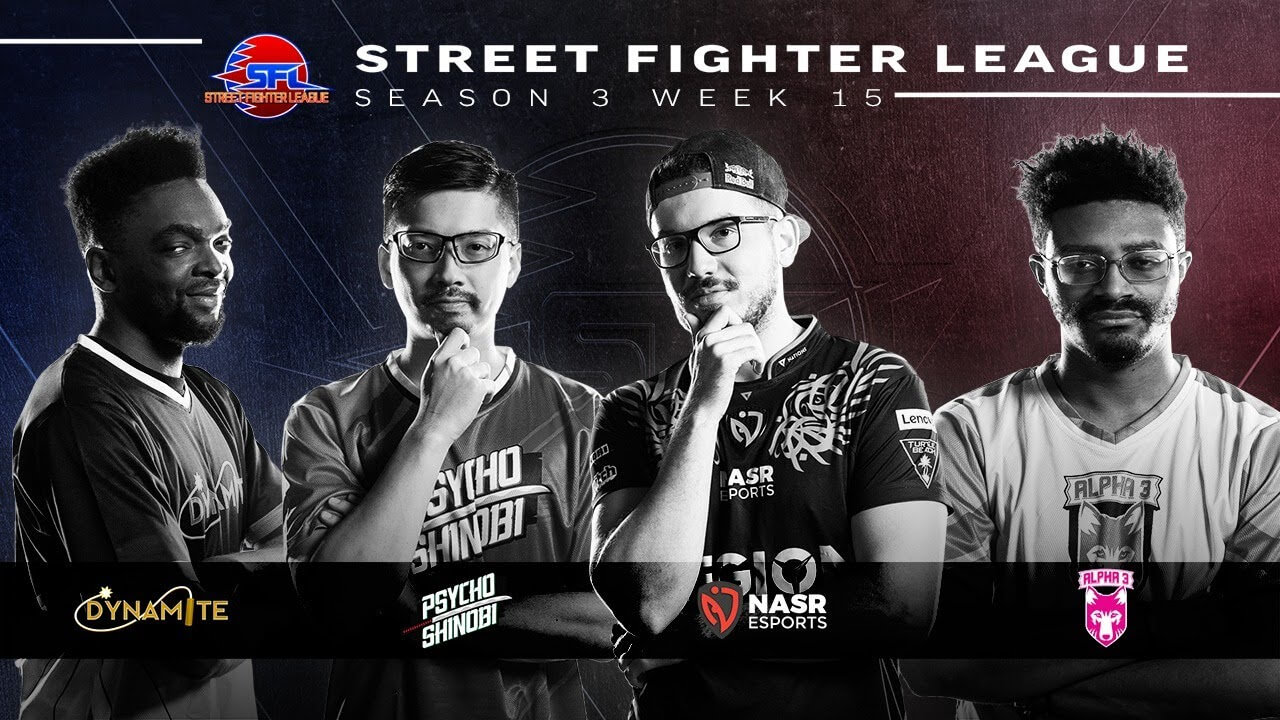 Pic Source: Capcom Fighters YouTube
#News
Now we know all the teams that will fight for the champion title

The long-running series of the Street Fighter League Season 3 matches is approaching its exciting final. We already know the winner in Japan - the team Nemo Aurora. And quite soon we will be able to congratulate the best team in the USA. Playoffs are planned for 12 February.

After 15 weeks of Street Fighter League Pro-US, four teams proceed to playoffs. They are:

Three of them got their “tickets” beforehand. The matches of Week 14 allowed All-In to proceed to playoffs through the Winners Bracket. Week 15 was decisive for Dynamite and Psycho Shinobi. Two teams fought for one spot.

Here are some pre-match thoughts from the leader of Dynamite, Smug:

CJ Truth from Alpha 3 talks about the whole League and their final match in the group stage:

Dynamite got a very important victory, but it is hard to call the motivation of Alpha 3 high. Let’s see how the team will perform in the playoffs.

Check out this pre-match interview with AngryBird from NASR:

The hopes and expectations of the team Psycho Shinobi were expressed by HotDog29:

Psycho Shinobi lost, and that’s the end for these guys in Street Fighter League Season 3.

We at DashFight want to say thanks to all the players in this League. Those matches were amazing, and we hope to enjoy the same level of Street Fighter in the future (perhaps, in Season 4 - is it possible to hear about it during Street Fighter Winter Update?)

Meanwhile, we wait for the final of Capcom Pro Tour 2020. For regular online events, pay attention to Weds Night Fights.