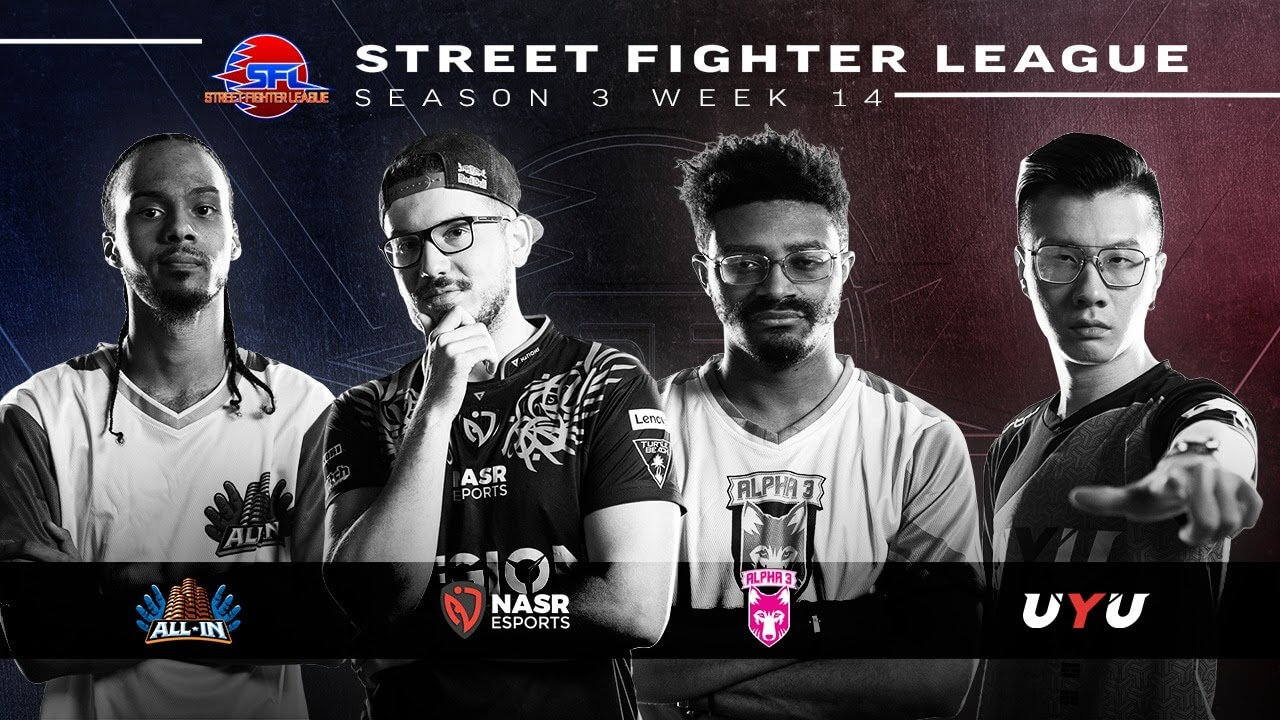 Pic Source: Capcom Fighters YouTube
#News
All-In and Alpha 3 have guaranteed their places in the Winners Bracket of the upcoming playoffs

Week 14 of Street Fighter League Pro-US has proven once again the power of both leaders in the general standings.

One of the matches was between two teams in very different situations but seemingly with the same powerful motivation. All-In are second in the standings, and they really could strengthen their position and enter the Winners Bracket. Their opponents are from the team UYU. For these players, the whole tournament is similar to a nightmare. They had no victories at all (but they were very close to getting one last week). Even before the match, UYU has no chances in this group stage, still, getting one victory could be a great emotional boost for them.

iDom, the leader of All-In, looks pretty relaxed and confident in this interview:

Oil King from UYU talks about the motivation of his team at this stage of the tournament:

The UYU players demonstrated such a spirit in this match! Thanks, guys, for your power in the League, and good luck next time!

And here is what the Capcom Cup champion, iDom, says about their upcoming match against Alpha 3:

Another battle was between the team of Punk and NASR. The Alpha 3 guys have surprised everyone with their brilliant results, and no one had doubts they would proceed to the playoffs through the first place. The NASR team was 3rd before the match and could hope to reach second place and the Winners Bracket.

In this before-match interview, Samurai from NASR talks about plans of the team and their approach to the whole standing situation:

And of course, it’s interesting to check out thoughts and opinions of Punk, leader of the Alpha 3 team and definitely one of the biggest names in the modern Street Fighter esports scene.

What about the after-match thoughts of CJ Truth from Alpha 3?

Next week of Street Fighter League Pro-US will be the last one for the group stage, and it will have two really significant matches.

Psycho Shinobi and Dynamite are fighting for one remaining spot in the playoffs, and they are definitely super motivated to bring us the best Street Fighter possible.

The two best teams of the American Street Fighter League will fight the two best SF5 teams from Japan in the upcoming World Championship.

If you also want to compete in fighting esports, pay attention to the regular events of Weds Night Fights.