SFV Winter Update. What do we know? What to expect? 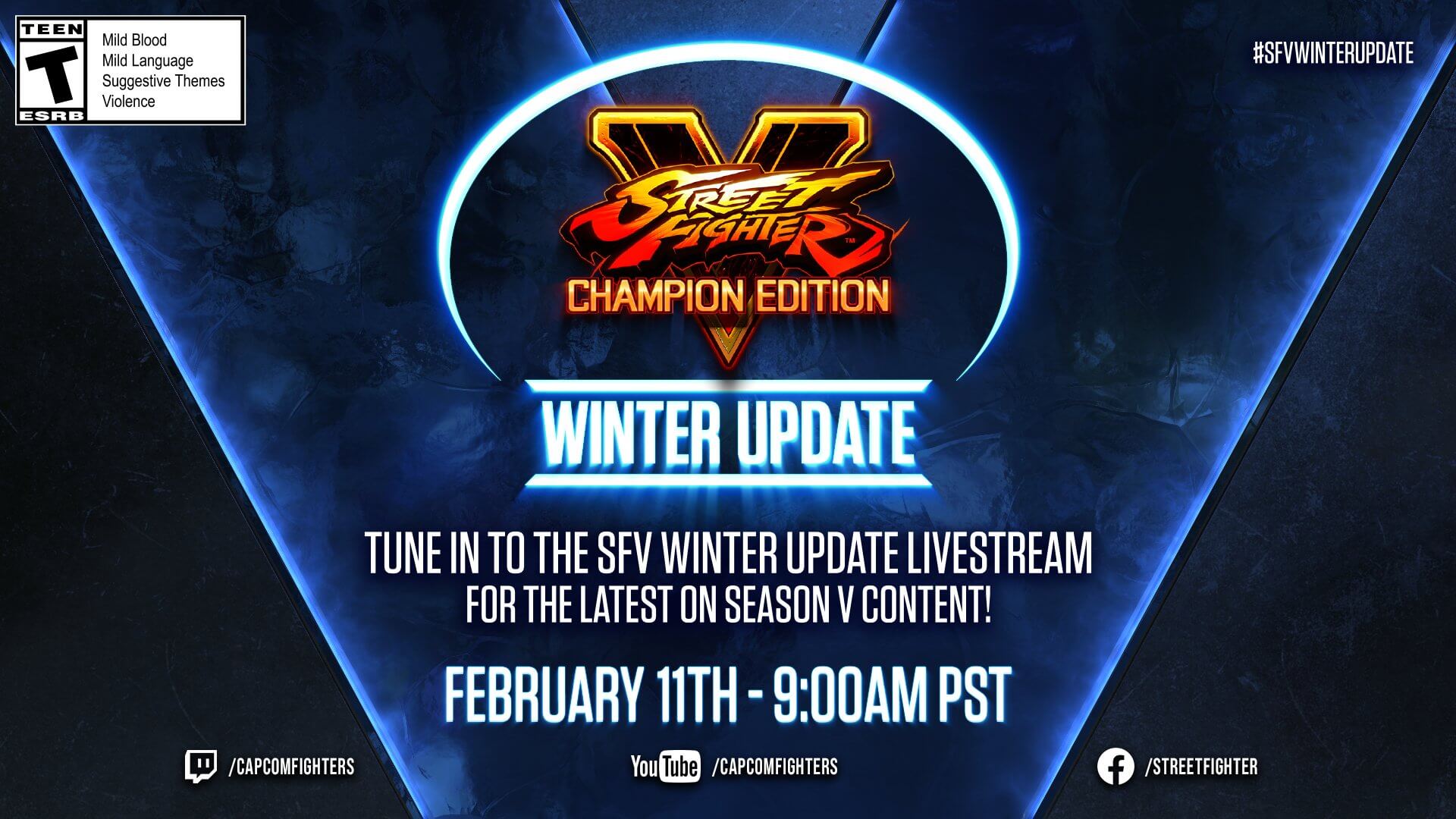 February is going to be hot for the Street Fighter community. We are at the end of Street Fighter League Pro-US. On February 20-21, the best players in the world will fight at the Capcom Pro Tour online season final. The new fighter, Dan Hibiki, will join the SF5 roster in February… Wait a moment! Can it be? Can it be that Capcom is going to release Dan at their upcoming Street Fighter Winter Update?

The event was full of exciting info, so please check it out in this our post - Street Fighter V Winter Update.

The announcement of this Winter Update has been made on Twitter. And here it is:

And also, we know the participants:

Some things are quite obvious. We certainly get info on Dan. Considering that the company has revealed quite a lot of his gameplay, this announcement should be huge, like “purchase Season 5 and play Dan now”. What do you think? Can that happen?

A bit less exciting scenario is getting another video about Dan, for example, a detailed introduction. In this case, Capcom won’t be able to keep silent on the exact release date any longer.

Let’s remember what we already know about Dan Hibiki in Street Fighter 5. The first announcement was made during Street Fighter Summer Update. We got the character preview video during the Tokyo Game Show.

But what’s beyond Dan? Capcom has revealed only names of other characters in SFV Season 5 and approximate dates of release. They definitely may give more info about Rose.

It would be too brave to expect to hear the name of the mysterious fifth fighter. Capcom would rather keep this card for later.

According to the short Twitter post, the company is going to share some esports news. Perhaps, we'll get more details on the format of the upcoming big Street Fighter event and the plans for the 2021 fighting esports season. What are your expectations from Capcom Pro Tour 2021?

It is hard to have any guesses on the new gameplay mechanic - Capcom is quite brave in introducing fresh techniques into their fighting games. Still, Street Fighter V is approaching the end of its lifecycle, so it’s doubtful that the developers will introduce something revolutionary - they will have a chance to implement their unusual ideas in the inevitably coming Street Fighter 6.

We can be sure that the SF Winter Update will be a pretty big announcement - the company invites co-streamers to this event.

Guys, let’s discuss everything around the announcement from Capcom on the DashFight forum. It’s a great place to share your opinion on fighting games and communicate with like-minded people.