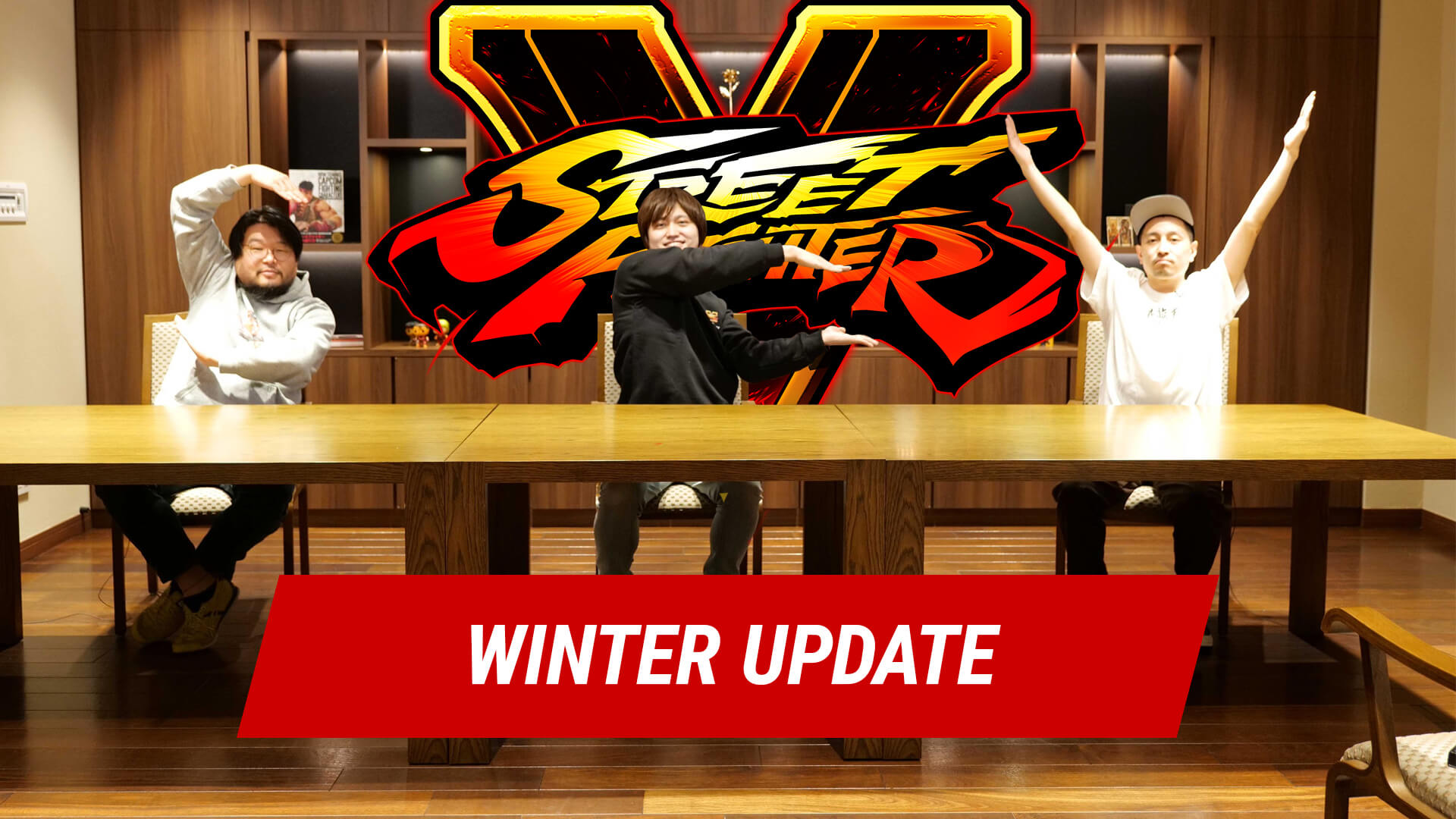 #News
A bunch of big announcements from Capcom - about Season 5, new game mechanics, and esports plans

Takayuki Nakayama, the director of Street Fighter V, Shuhei Matsumoto, the game producer, and Ryuichi Shigeno, the battle director, revealed quite a lot of interesting and exciting info during SFV Winter Update.

First of all, Nakayama-san and Matsumoto-san described Rose, the second DLC fighter of Season 5. In the stream, you can even enjoy the improved version of her stage, Marina of Fortune, which originates in the game Street Fighter Alpha 2. It will be added to the game simultaneously with Rose.

Please, check out the stream to discover the planned moveset for this character and see how her attacks were actually recorded. It’s the first time we saw a detailed explanation of Rose’s abilities in Street Fighter V.

Then, the artist and producer Steve Aoki revealed the collaboration of Dim Mak and Capcom - a real-world outfit with a unique Street Fighter design. Also, Steve has made a remix of Ryu’s music theme, which will be presented next week. Probably, this will happen during Capcom Pro Tour 2020 Season Final.

This first fighter of Street Fighter V Season 5 got his battle costume. Dan looks really different with his Tengu mask, don’t you think.

The stream contains a detailed showcase of his fight abilities, so check it out.

Shigeno-san presented the new gameplay mechanic promised in the Winter Update announcement. It’s V-Shift, a defensive technique that consumes the V-Gauge meter. When V-Reversal can be activated only during blocks of your opponent’s attacks, V-Shift can be used any time as a response to the pressure on your fighter. The cost of V-Shift is one bar of V-Gauge. The opponent should be in their normal state.

V-Shift makes the character invincible to throws and evades body blows and projectiles. If V-Shift is activated at the same time as the opponent’s attack, both fighters go to slow motion, making those who use V-Shift invincible till the end of this animation.

V-Shift Break is an attack that can be activated during slow-motion. The player can counter after avoiding the opponent’s attack. V-Shift Break has some unique attributes, like the ability to break through a series of dangerous attacks.

An even bigger announcement is the upcoming changes in the abilities of characters. These adjustments will support the addition of V-Shift.

Dan Hibiki, the V-Shift mechanic, and new game balance will be released on February 22. Are you excited?

To get new content, you can purchase a traditional Character Pass and also a new Premium Pass. Both are available now, so check out the info on the picture below.

Eleven - A bonus character for Season 5 in Street Fighter V

And this announcement was somewhat unexpected. A new character will be added to the game on the same day as Dan Hibiki. Capcom has revealed Eleven - a prototype version of Twelve from Street Fighter III.

This creature is a product of the Illuminati, Gill’s Secret Society. You may know Eleven from the character story of Urien. As a playable fighter, it can transform into any other character from your roster - with random V-Skill and V-Trigger. That transformed Eleven will look and act like the original, but it will keep his blue or pinkish body color.

To get Eleven for free, you need to purchase the Character or Premium Pass.

Also, if you purchase Season 5, you get this new training stage.

The previous such update was in summer 2020. At that time, Capcom announced Season 5 and revealed four new Street Fighter characters.

Another big SFV event also happens quite soon - the playoff of the Street Fighter League Pro-US.