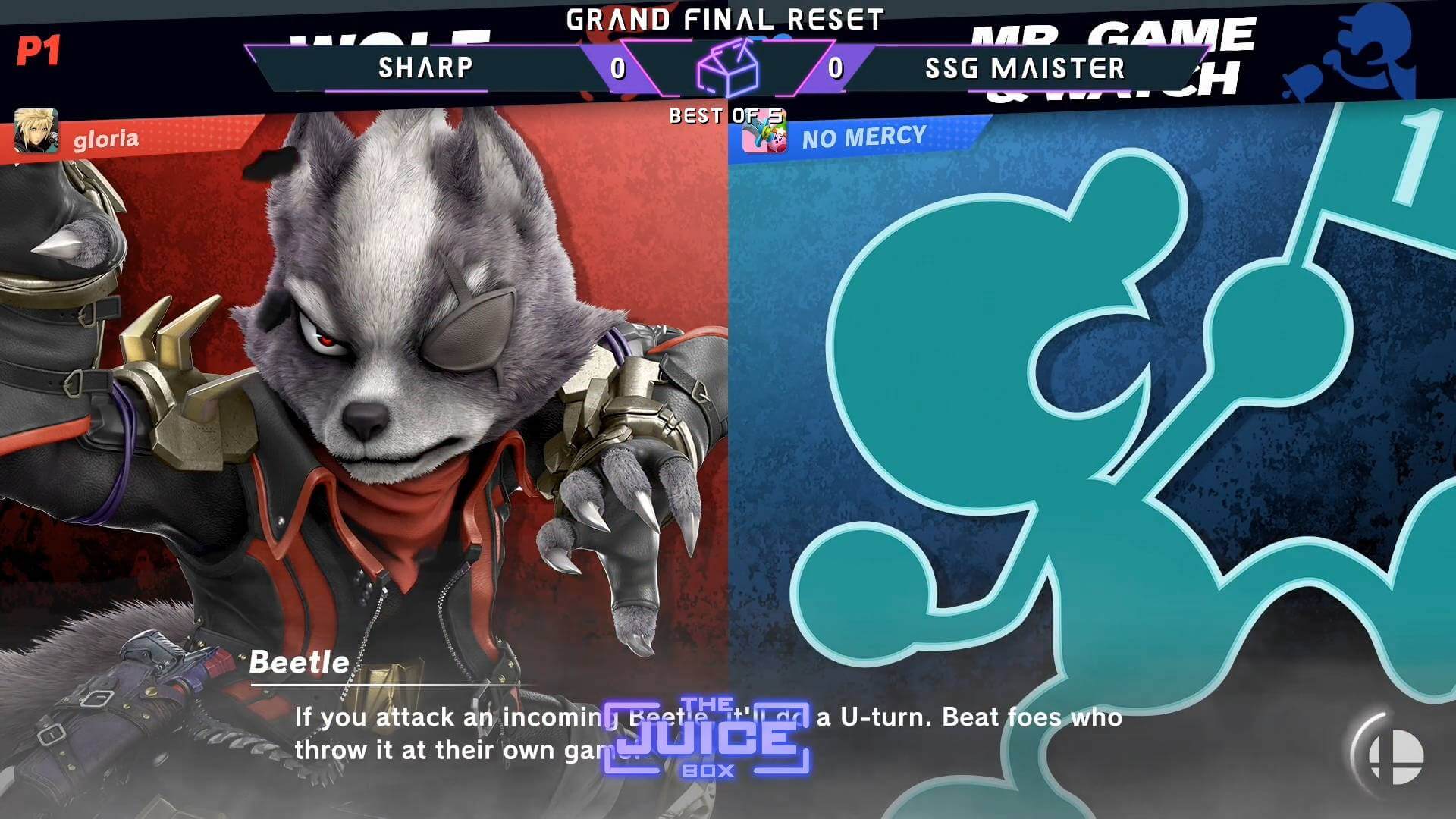 The tournaments of The Box: Juice Box series have been here since June 2020, and for these months, the participants have formed a party of prominent players who regularly enter the Top 8 Finals and “drink” the juice of victory.

If you follow our news on the Juice Box events, you definitely can remember us mentioning such names as SKITTLES!! (JB #7), Sonix (JB #8 and #19), Epic_Gabriel (JB #23 and #24), and Maister (JB #21). Their fights are similar to a long-running show with unpredictable results. And you know what? We can’t get enough of it!

This week (The Box: Juice Box #26) is not an exception. Top players filled the final brackets and created many awesome moments on the virtual battleground. Do you like to watch these matches without knowing the results? Then be aware of spoilers ahead and jump to the stream on the Twitch channel of Team Liquid!

Maister surprisingly easily defeated BestNess in the Winners Semi-Final, and the switching from Ness to Steve couldn’t save the situation. Then BestNess fell out of the competition in the Losers Bracket with no fight at all.

The Winners Final was very close and interesting. This fight between Sonic and Mr. Game & Watch is definitely worth watching.

It is also interesting to follow the progress of Sharp through this SSBU tournament. The guy was second at Juice Box #25, so his motivation to win this time is quite understandable. Sharp entered the Top 8 part through the losers bracket and made it to the Grand Final. His Wolf even defeated Mr. Game & Watch in the first match, but the Grand Final Reset wasn’t that successful.

Next week in the world of Smash boxes will be even more intriguing - on January 28, we’ll be able to enjoy the monthly version of this tournament, named The Box: Lunch Box #8. You can register on this smash.gg page.

Super Smash Bros. Ultimate was released in December 2018, but it still manages to be on the list of Top 20 best-selling games in 2020. This proves that many new players join the party, so we can expect to see fresh esports talents in the near future. And that’s pretty exciting, don’t you think?