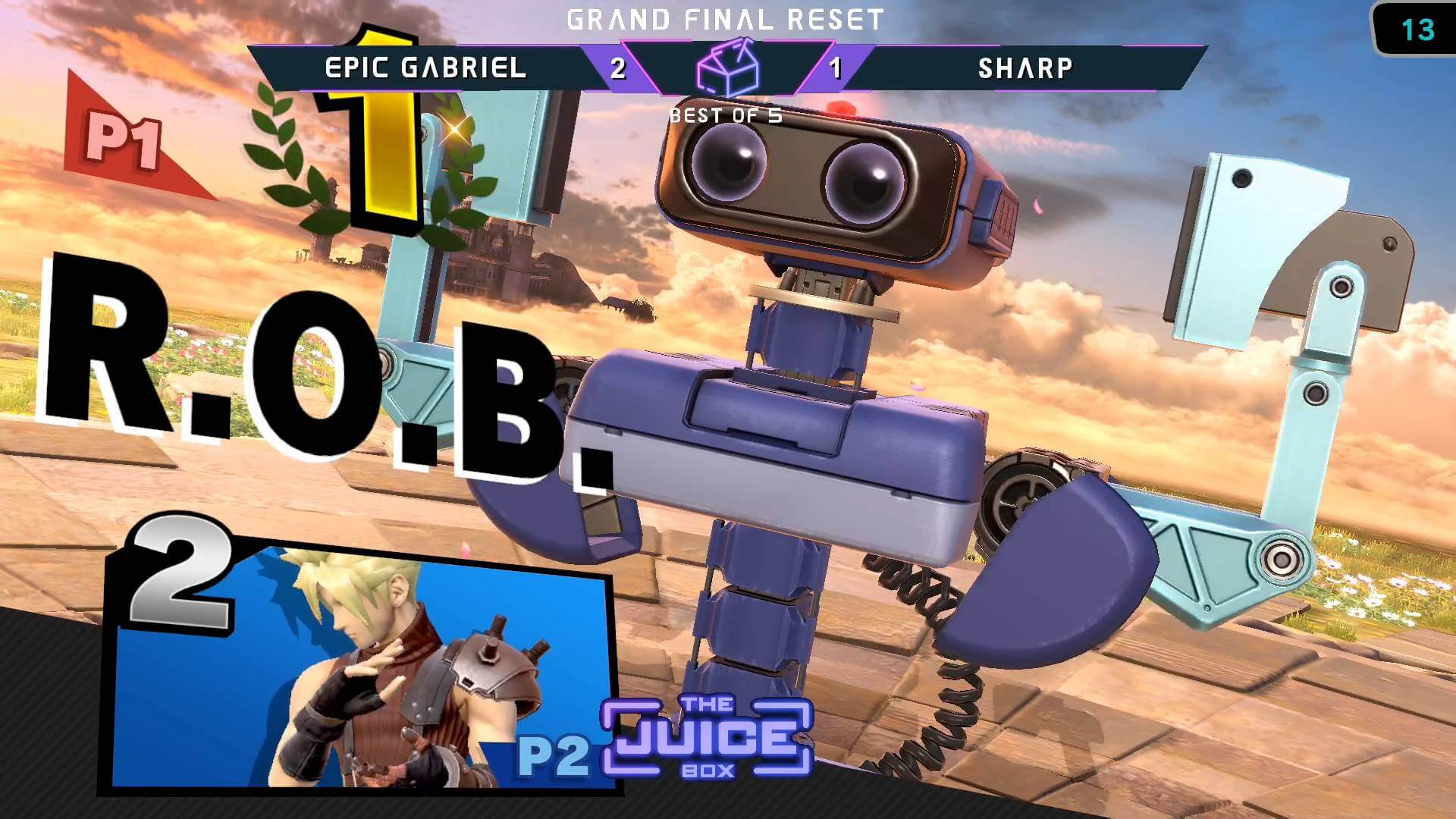 After a fresh and relaxing breath of holiday break, pro players and tournament organizers return to usual fights. On January 7, Team Liquid and Hungrybox hosted their first Juice Box tournament of 2021. The previous one was before Xmas. Do you remember who won it? Yep, Epic_Gabriel!

His epic victory series continues with The Box: Juice Box #24. This Super Smash Bros. Ultimate event had 512 attendees who fought in 16 initial pools and the top 64 part to reach the Finals.

Not everything was easy for Gabriel “Epic_Gabriel” Romero. The guy won two matches in Top 64 (against Demarcus “Grayclash” Green and Daniel “ven” Salas). But then he lost to Jestise “MVD” Negron and fell into the losers bracket.

In the Grand Final, Epic_Gabriel played against Noah “Sharp” M., who had a pretty good run in the winners bracket. This time, R.O.B. was more successful than Mario, Zero Suit Samus, Joker, and Cloud. Gabriel “Epic_Gabriel” Romero won 3:0 and 3:1. Congratulations!

We definitely should give some virtual reward to Sharp! It’s a rare occasion to see a pro-player using so many SSBU fighters during one event.

Winning a tournament from losers brackets is proof of exceptional skills and extraordinary spirit. BestNess did so at Get Clipped #6 - and he lost to no one.

The addition of Sephiroth has changed the professional Smash scene quite a bit. We already saw him at pro events. And here, Masahiro Sakurai gives some info on the development process.