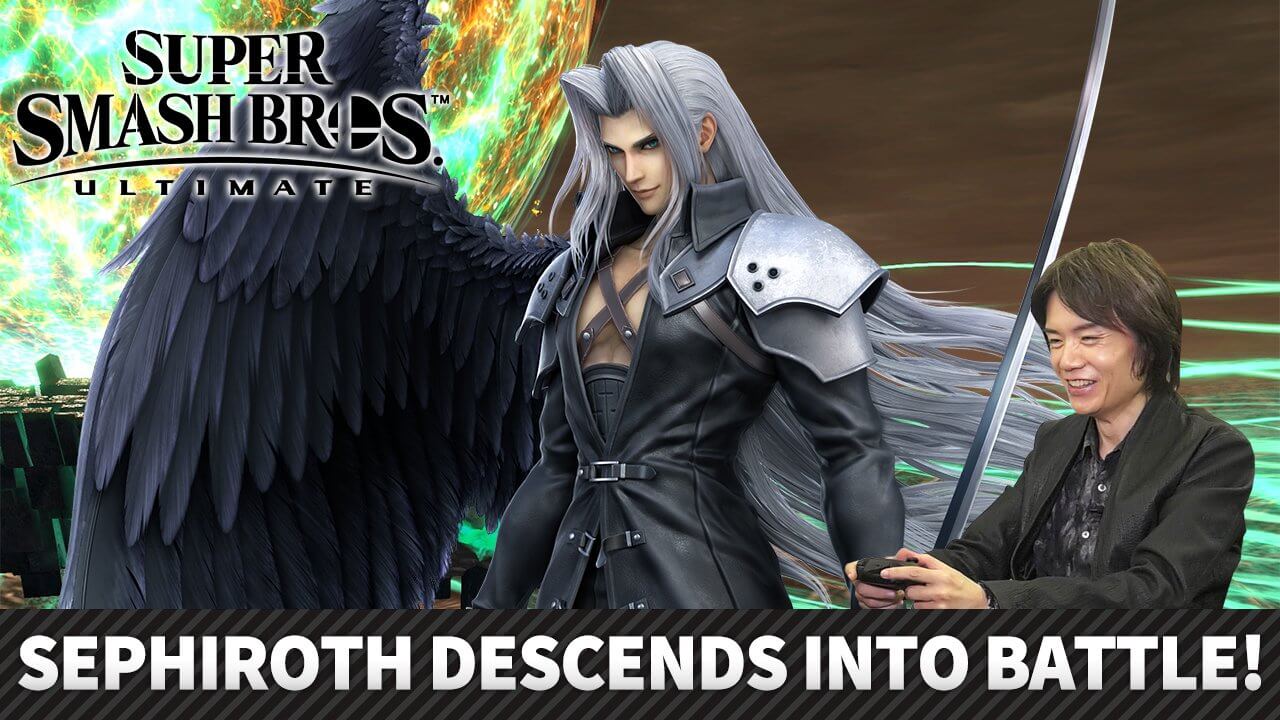 Images courtesy of Nintendo
#News
Maybe the remaining new characters will receive a similar treatment to that of the iconic Final Fantasy villain.

Once again, Masahiro Sakurai wrote a post-mortem after the release of Sephiroth, one of the most recognizable villains in gaming, in the Japanese magazine Famitsu. Thanks to Source Gaming for their translation of the article.

In the column, Sakurai writes about building the character, even showing some of the design drawings of the available moves for the villain. On the top left, we can appreciate his forward tilt, at the right of that is his side attack. Then on the bottom starting from the left is his forward smash and on the right an early version of his down smash.

The series' director also describes the inspiration behind the Sephiroth challenge. An in-game challenge that would unlock the character early for those who had defeated him in any difficulty. Sakurai states that he felt it was an apt feature to develop as oftentimes characters are release and soon after become but a single part of the larger roster screen and not highlighted much.

Creating the challenge was its own challenge, according to Sakurai. Ir required effectively splitting the update in two, so it had not been done before, though it is unclear if it will be used in the future. The original idea for the challenge also included locking in players to their difficulty of choice.