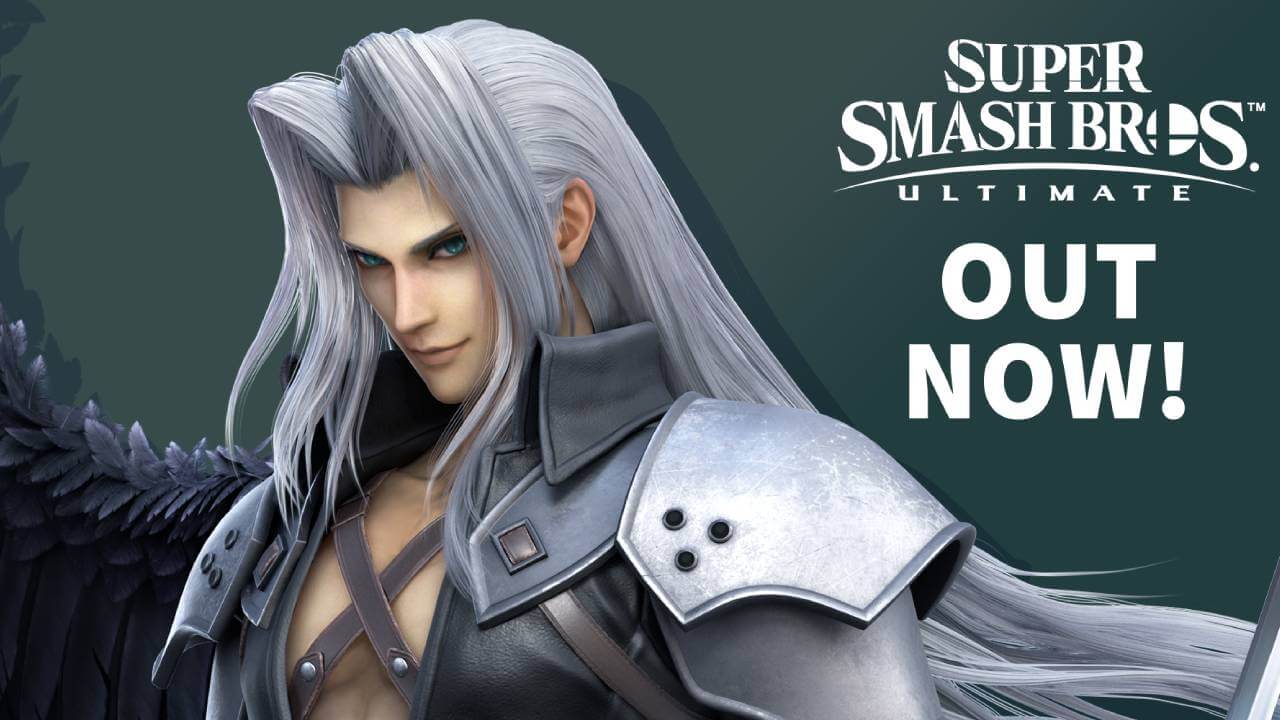 Pic Source: @NintendoUK Twitter
#News
You can get this DLC fighter individually or purchase Fighters Pass Vol. 2 with the addition of Min Min, Steve, and three upcoming characters

The Nintendo magic is in its full power now - all SSBU players can stop waiting for Sephiroth in Smash Ultimate and finally get him. This character from Final Fantasy 7 is already available for purchase.

For quite a while, the company kept this guy in secret. There were different rumours, including Fortnite characters, Crash Bandicoot, and Sora from Kingdom Hearts. Only at The Game Awards 2020, Nintendo revealed Sephiroth - and the community was pretty enthusiastic about him.

A bit later, Masahiro Sakurai made his traditional presentation of the new SSBU character. He explained the fighting mechanics and thus caused even higher anticipation among the players.

It seems like Nintendo knew how badly the Smash players would want to try out Sephiroth. So the company added him a bit earlier as a reward for the Sephiroth challenge - you get the fighter if you beat him (you need the Fighters Pass Vol. 2 for this anyway). Did you get the character earlier than the others?

Some of the professional players managed to train with Sephiroth long enough to take him to an SSBU esports competition - we saw matches with this guy at Get Clipped #6.