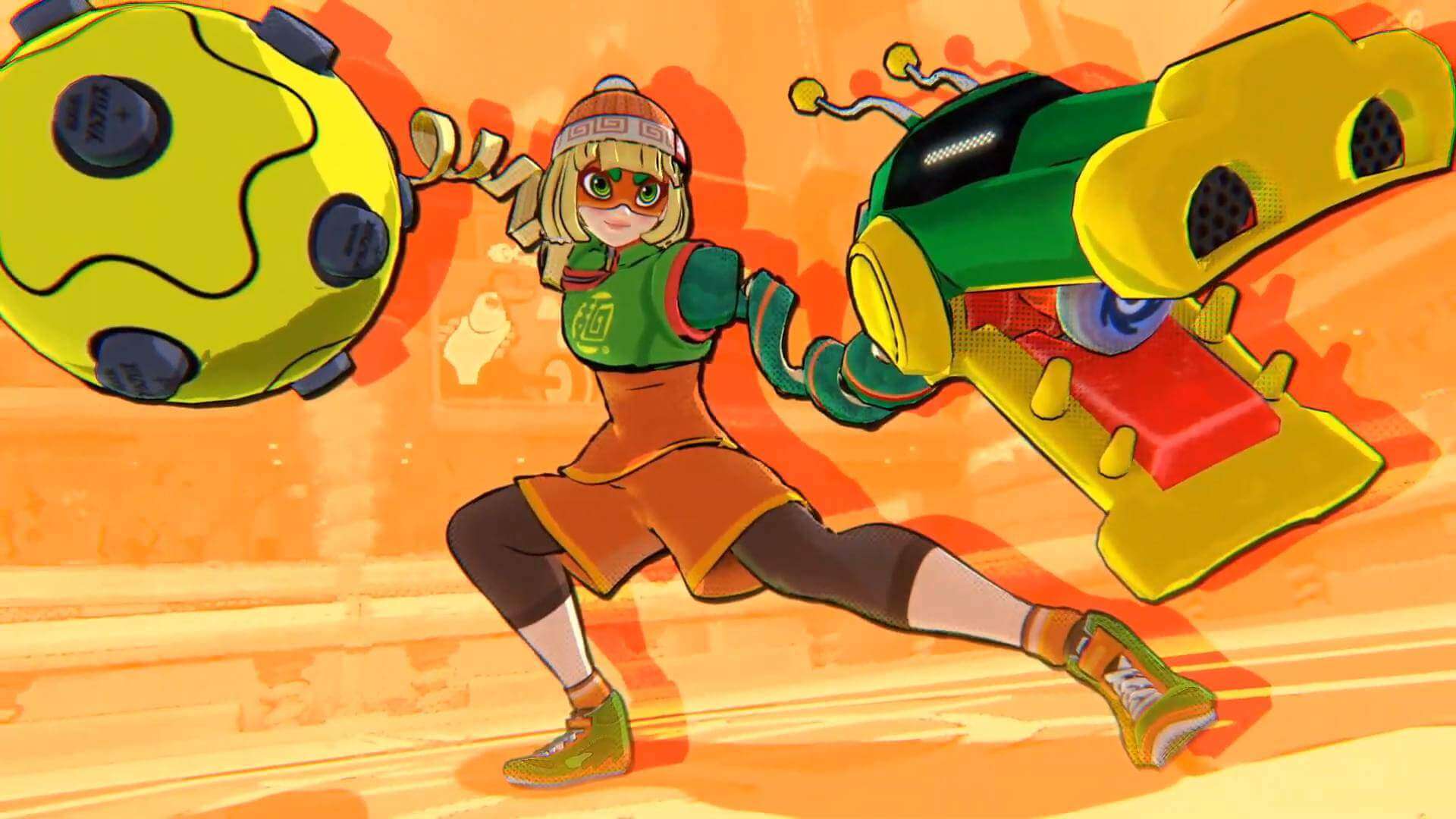 #News
Has three different ARMS to choose from

Today's Super Smash Bros. Ultimate Nintendo Direct revealed the identity of the next DLC character to grace the game. ARMS' ramen loving fighter Min Min is a fan favorite and seems to be well received.

It also turns out that ARMS producer Kosuke Yabuki is a huge fan of the ramen royalty. Sakurai explained that the reasoning behind their decision to add Min Min was solely because Yabuki wanted her to be the one to make it into Smash.

The reveal trailer was a fun animated short in which we see Spring Man earn an invite to Smash after winning a fight, only for Ribbon Girl to try to steal it. Ninjara snatches it up while she's being distracted and then most of the cast launch attacks at him. All this while, Min Min is in a ramen shop. She eventually joins the party to find only Twintelle and Kid Cobra fighting for the coveted envelope, which she effortlessly picks it up to join the roster.

Sakurai is known to introduce the intricacies of characters from their games in a manner that makes them feel right at home in Smash. That's especially the case with Min Min, as she embodies everything from the ARMS franchise that you'd expect.

The ramen royal joins the fray with all three of her default ARMS from her game, Dragon, Megawatt, and Ramram. Each of her arms represents the A and B buttons, allowing players to interchange between her equipped ARMS. She can also attack simultaneously with both, in the same direction or different directions as the need arises.

Another great addition is her ability to tilt her attacks upward and downward, depending on the ARMS she's using. Megawatt is slow, short-range but packs a punch, while Ramram also launches the chakram at its end in an arc, and Dragon can shoot laser beams.

Min Min isn't suited to battling airborne opponents, but she makes do with different neutrals for each equipped ARM, an ARMS Jump to escape, and ARMS Hook to help grab onto ledges and swing back into the stage. The human fighter doesn't just rely on her ARMS either, as she's got a variety of kicks. The Somersault Kick is particularly useful since it's able to deflect attacks. 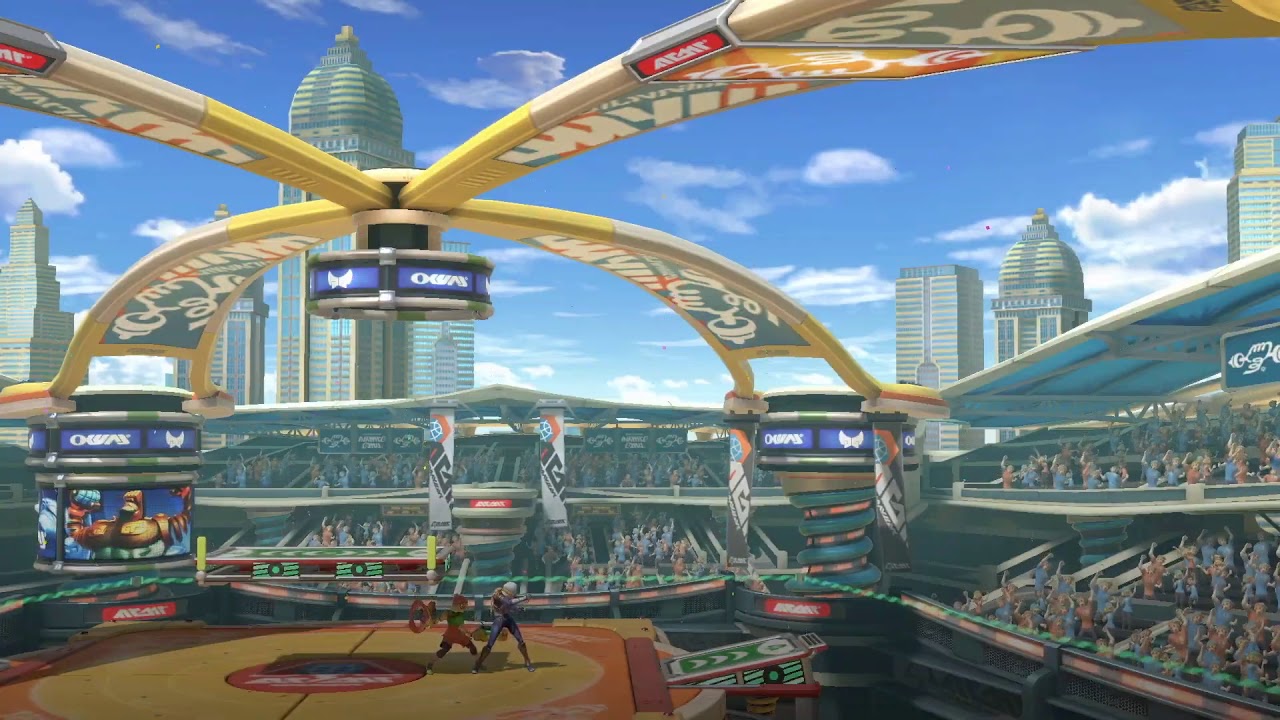 Min Min brings with her the Spring Stadium stage, which comes equipped with jump platforms that launch players high into the air, and overhead arches which opponents can be bounced off of for additional damage.

On the music side of things, fans get 18 tracks which cover most of the stage songs from ARMS and then some. Min Min arrives with all the other goodies on June 29 for $5.99, or as a part of the $29.99 Character Pass 2. 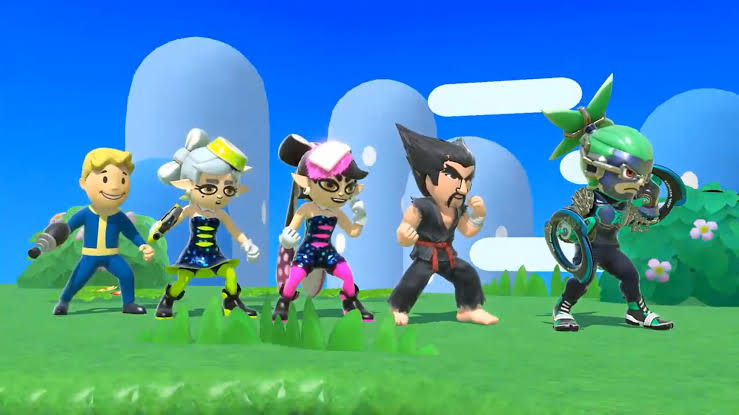 Five more Miis were introduced in the big reveal, Marie (Gunner) and Callie (Brawler) from Splatoon, Tekken's Heihachi (Brawler), ARMS' Ninjara (Brawler) and Fallout's Vault Boy (Gunner). All five can be purchased for $0.75, and there could be a special in-game surprise during Spirit Battles for those that own them.

Five more DLC characters remain to drop for Super Smash Bros. Ultimate. While development has begun on them, no ETA is currently available for the next reveal.

Learn more about Min Min in the video below: