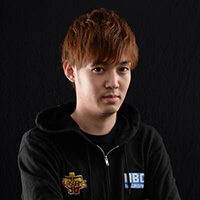 Noroma started playing Tekken with the release of Tekken 5 but didn't compete until Tekken 7 where he immediately showed results. Apparently before competing Noroma already had made a name for himself online and practiced with YAMASA players which includes Nobi, Take, and Yuu.

One of his earliest tournaments was also one of the most impressive ones. At Tekken World Tour Korea 2017 Noroma won while beating such players as Saint, Take, CherryBerryMango, and JDCR, who he defeated twice in the finals.