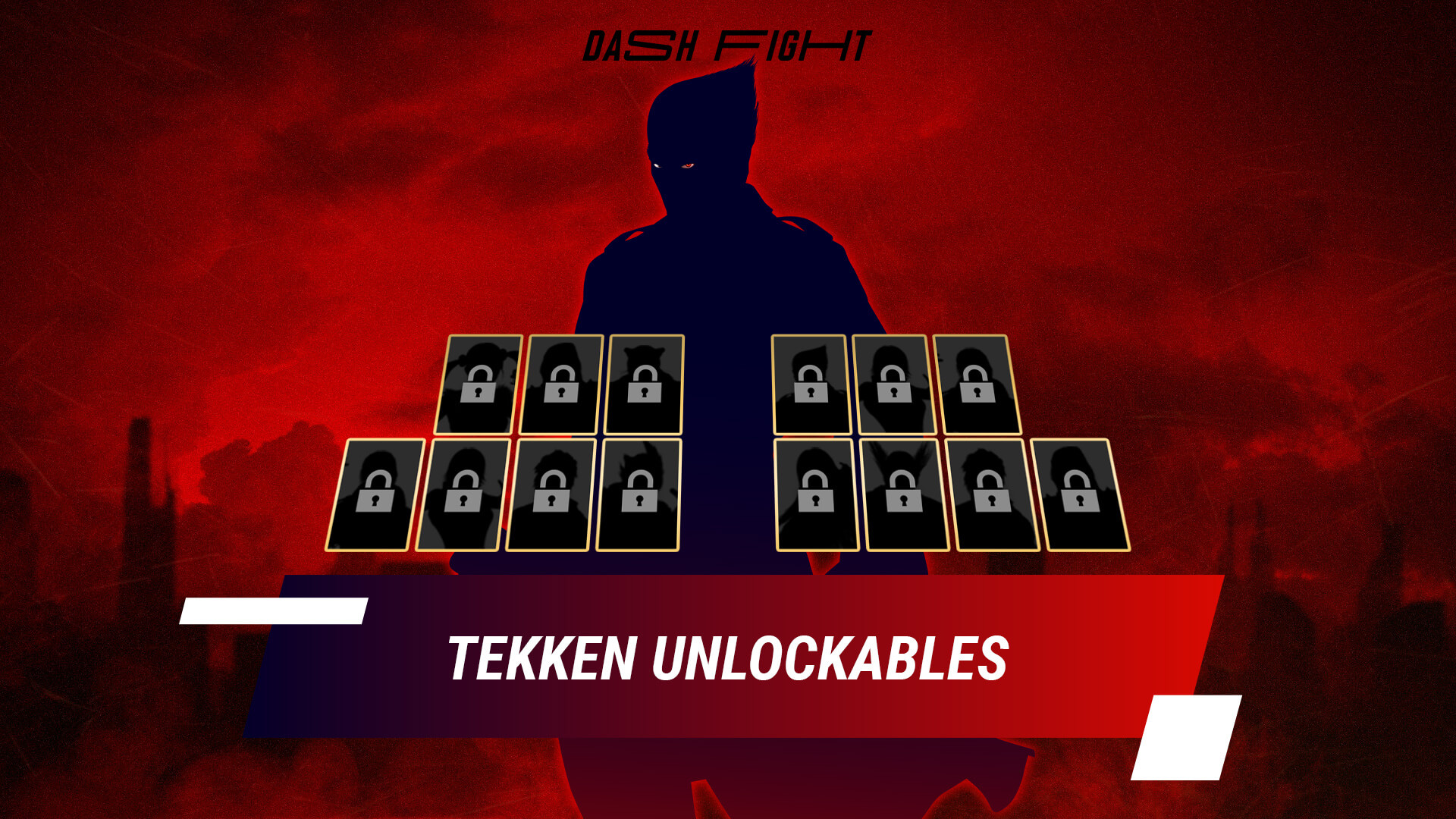 Tekken 7 Unlockables - How to unlock all hidden and secret characters

ru.pdvg.it
#Guide#Evergreen
Eliza probably neither can die of old age nor is playable as of 2020
How to unlock Marduk & Armor King - TEKKEN 7 by Chris killermane

The developers created Tekken 7 to, on the one hand, allow players to feel like martial arts masters without getting up from the couch, and on the other hand, to earn their "bread and butter". Perhaps this explains the presence in the game, for which we already paid, "blocked" characters.

If you bought the game and launched it you would find such Tekken 7 secret characters as Fahkumram, Leroy Smith, Negan, Armor King, Lei Wulong, Noctis, Eliza, Geese Howard, Anna Williams, Craig Marduk, Julia Chang, Zafina, Ganryu. We only called them "secret characters" because they cannot be played in the standard version of the game.

These fighters are also known as Tekken 7 hidden characters or Tekken 7 unlockable characters. You cannot “unblock” any of them without pay-to-play content. In the case of Eliza, it had to be purchased as a pre-order for Tekken 7 itself before its release in 2017 or 30 days after. But you still can get her.

How to unlock characters in Tekken 7

Just buy them, if you want to choose them among all others Tekken 7 secrets. Therefore, the answer to the questions of how to unlock characters in Tekken or how to unlock Negan in Tekken 7 without money is - "there is no way".

The only truly "unlockable" character in Tekken 7 without donations is devil Kazuya.

How to unlock Eliza Tekken 7

A lot of players were wondering how to get Eliza in Tekken 7. It's pretty easy. You just need to buy her in the in-game shop (Steam).

How to unlock Violet

Violet isn't really a new character. In fact, this is just a costume, a shell for Lee Chaolan. They have very few differences. So, to play Violet all you need to do is to select Lee and to choose Violet's costume. After this, you will play for Violet instead of Lee Chaolan.

How to unlock devil Kazuya

You can do this by triggering the evil mode of Kazuya Mishima. You need to use Kazuya's Rage Art (press R1 on PS4 or RB on Xbox One). After it, he will transform into devil Kazuya for a short time. This is currently the only way to play for this character.

How to unlock Negan

Negan is a guest character who arrived in the Tekken Universe from the United States' zombie apocalypse. Almost immediately after the appearance, Negan became very popular in the Tekken community. How can you play for him?

Negan could be purchased in the in-game store (PS and Xbox). You can enter it for purchases from the start page of the game or in Steam. Here is Negan DLC for PC-users.

How to unlock Julia

Julia Chang is a streamer and protector of the forest. In addition, she is a mix between bookworm and master of fights. Julia is in the top ranks of the Tekken 7 Tier list, so she is a pretty and powerful character. You can gain access to try winning the King of the Iron fist tournament with Julia in the in-game store (PS and Xbox).

How to unlock Geese in Tekken 7

In order to unlock Geese Howard, you need to buy the special Tekken 7 Season Pass 2, which grants access to the game's first three content packs. Also, you can buy only Geese on Steam.

How to get Tekken DLC on PlayStation

How to get Tekken DLC on Xbox

We hope you enjoyed our guide about all Tekken 7 unlockables.

If you are not an absolute fan, buying the game option for 1-2 new characters is pointless. Instead, you can play Arcade mode. At the very end of this mode, you need to defeat Kazumi and Akuma. This is quite difficult at high difficulty levels. But we believe that you will succeed!

For the newcomers, we have a special guide on How to Play Tekken 7.