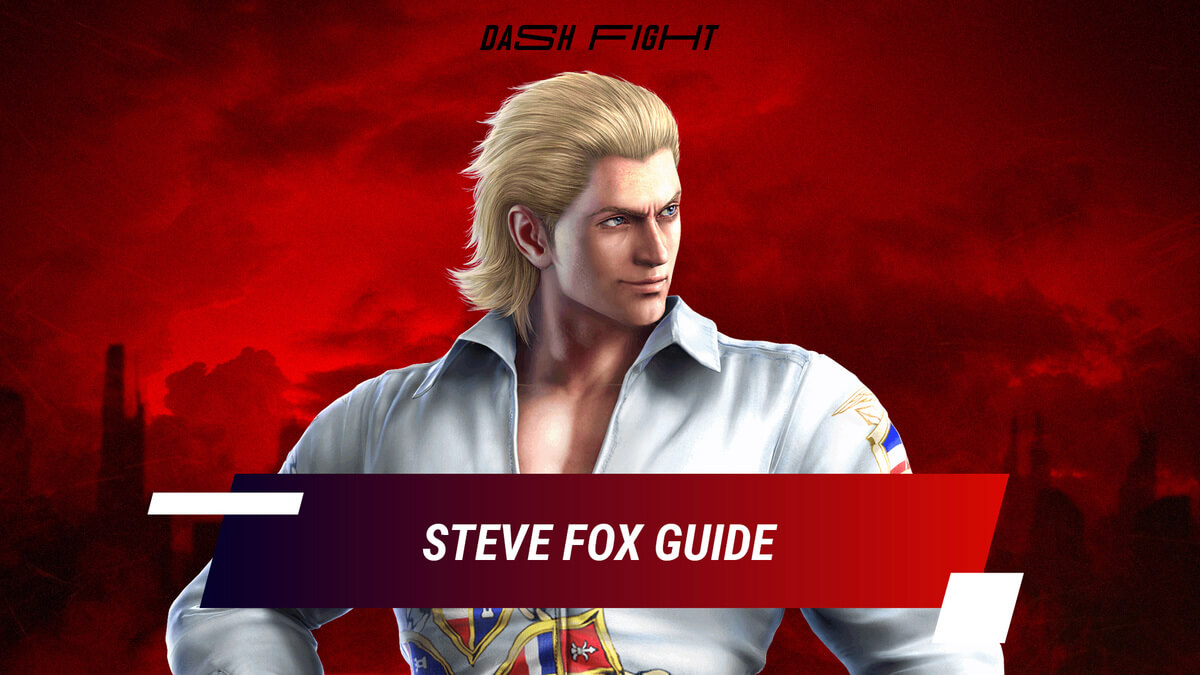 wallpapercave.com
Steve Fox is Nina's son, but he didn't see his mother in the childhood

Steve Fox was born virtually in custody. His mother, Nina Williams, was captured by Heihachi. This badass also forced her to take part in an experiment on cryoscopy, organized by Dr. Bosconovich.

Steve Fox himself appeared as a result of Nina's artificial insemination. He did not remember all this, because as a child he was adopted in England. In a few years, he decided to become a boxer and eventually became the world middleweight champion.

Before one of the fights, some bandits from mafia come out to him with a request to lose the next battle. Steve refuses, wins the fight, but after that, he realizes that angry mafiosi can kill him. He is forced to flee to the USA but gradually realizes that his life is in constant danger.

As a result, he takes part in the Iron Fist tournament and he manages to destroy the laboratory of the Mishima Zaibatsu corporation with the help of which he was born. He also becomes fellow with Marshall Law and Paul Phoenix, having previously started training with them.

Steve Fox is both a lore and game boxer. His strength is a flurry of not very strong, but not risky blows. Steve's task is to calmly, slowly, and confidently lower the opponent's health scale. He lacks kicks, but he is completely designed around landing counter hits.

If the opponent, enraged by Steve's cautious efficiency, begins to thoughtlessly go forward to rapprochement, then Steve can use one of the most powerful and damaging combos in Tekken 7.

Also, to successfully play as Steve Fox, you need to have the initiative in battle. That is, you need to endlessly attack your opponent, but try to do it as much as possible without risk, and as soon as your opponent forgets about being careful, you punish him with one of the powerful Steve's combos.

Steve Fox Tekken 7 is one of the characters available at the very beginning of the game. This fighter first appeared in this game universe in Tekken 4. Nevertheless, Steve Tekken 7's edition is a little bit different fighter than in the beginning. In the whole Tekken Steve is one of the best boxer-like fighters.

Although the latter 5 are probably better thought of as unique evasive maneuvers and movement options, while Flicker and Peekaboo serve as Steve’s defensive and offensive stances respectively.

We hope, you enjoyed Dashfight’s Tekken 7 Steve Fox guide. Also, we recommend for you, your friends, and comrades a special guide How to Play Tekken 7, if you are a freshman.