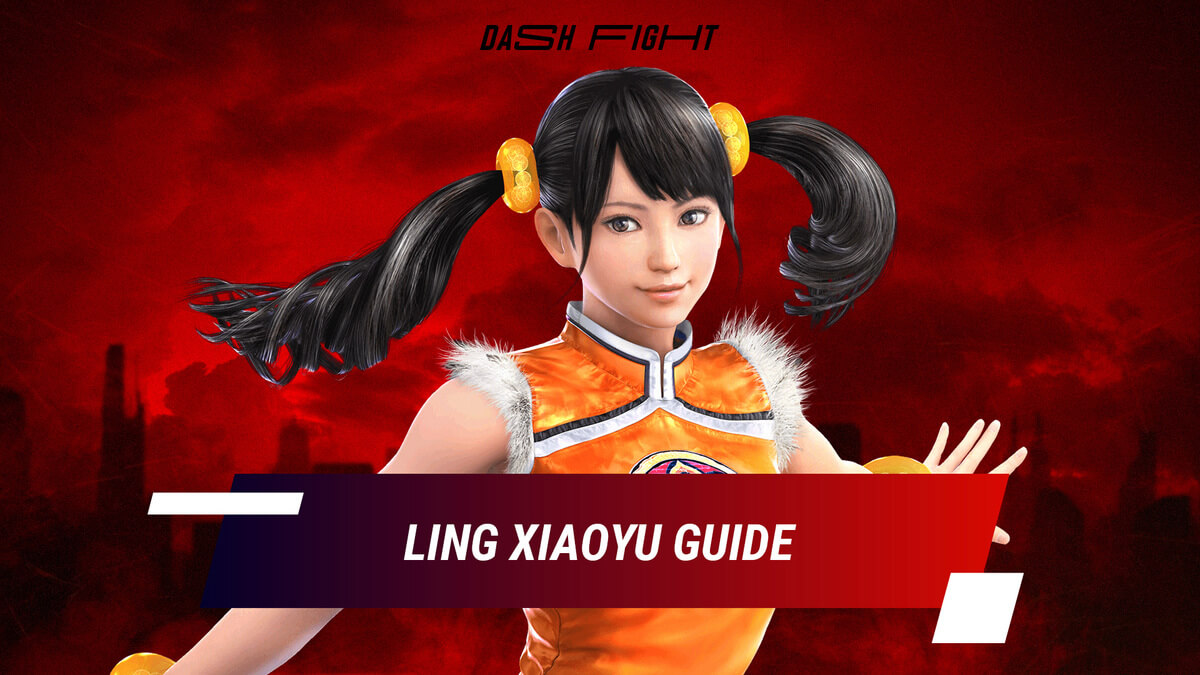 Ling Xiaoyu in Tekken 7 uses Baguazhang and Piguaquan (Chinese martial arts) styles in duels. Her specialties are dodging, somersault, and quickness. This is necessary so that the opponent is constantly afraid that even a moment later she will begin a deadly combo - and is forced to passively defend herself. Her key feature is the “Art Of Phoenix” stance that infamously evades all highs and several mids simultaneously.

She is considered quite difficult to learn, but for those who can figure it out, Ling Xiaoyu will become a faithful combat friend.

A strength of hers is her versatility in play styles and a good defensive play that includes dodging. The disadvantages include the small radius of some of its blows. Since Ling Xiaoyu is an excellent counterattacker, playing her “first pace” and opening up opponents' defense can be difficult. She also has an excellent set of comebacks after missed hits (Okizeme).

Xiaoyu is a cheerful girl. She was Jin Kazama's friend until he fell into evil. She entered the first Iron Fist Tournament to build her own amusement park.

As the story unfolds, she grows up and tries to change the history of the Mishima family. To do this, she participates in the Fifth Tournament of the Iron Fist. By winning it, she hopes to get into the time machine and help her friend.

And this is the key to successfully playing Ling Xiaoyu. Her stances allow her to change styles of play depending on the opponent and each time choose the most appropriate strategy for winning.

Ling’s signature stance AOP(entered by pressing d+1+2) infamously evades all highs and several mids simultaneously. While in AOP you can also tap down to evade even more mids. If you enter AOP while in full crouch Ling will automatically perform AOP down. AOP down can also evade several rage arts. Click this link to see a video demonstrating which rage arts AOP down can evade

AOP has slight built-in sidestep right properties, so if you sidestep right before entering AOP you will basically perform two sidesteps while being in AOP. Sidestep right AOP is abbreviated as SSR AOP. Real Menace’s video explanation of SSR AOP

Ling’s unique back turned stance RDS(entered by pressing b+3+4 or FC d/b+3+4). This stance is primarily used for mixups and accessing certain pokes. Ling's movement also becomes stronger in RDS. RDS sidestep is better than her normal sidestep. Both RDS b+3+4 and RDS d/b create a lot of space. She has 1+3 and 2+4 throws from RDS that can be broken with either the 1 or 2 button. If you press f,f before inputting 1+3 or 2+4 Ling will perform a “hop” before throwing the opponent. Which will make the throws true command throws that must be broken with the correct button. Ling must be in RDS to use her Rage Drive.

i11 = WS+4 - Knocks down on regular hit, which is significant because it leads into Ling oki. If the opponent does not tech you can get a float combo with f,f+3. If the opponent techs to avoid the ff3 float, you will be plus enough to enter AOP and apply the AOP D+1+2/AOP 4~3 50/50

Hope you enjoy our guide about Tekken 7 Ling Xiaoyu moves.

If you are a freshman, you can check out our special guide How to Play Tekken 7. Also, you can read some guides about Yoshimitsu, King, Lars, Kuma/Panda, Paul, Law, Hwoarang, and Lei from Tekken 7.