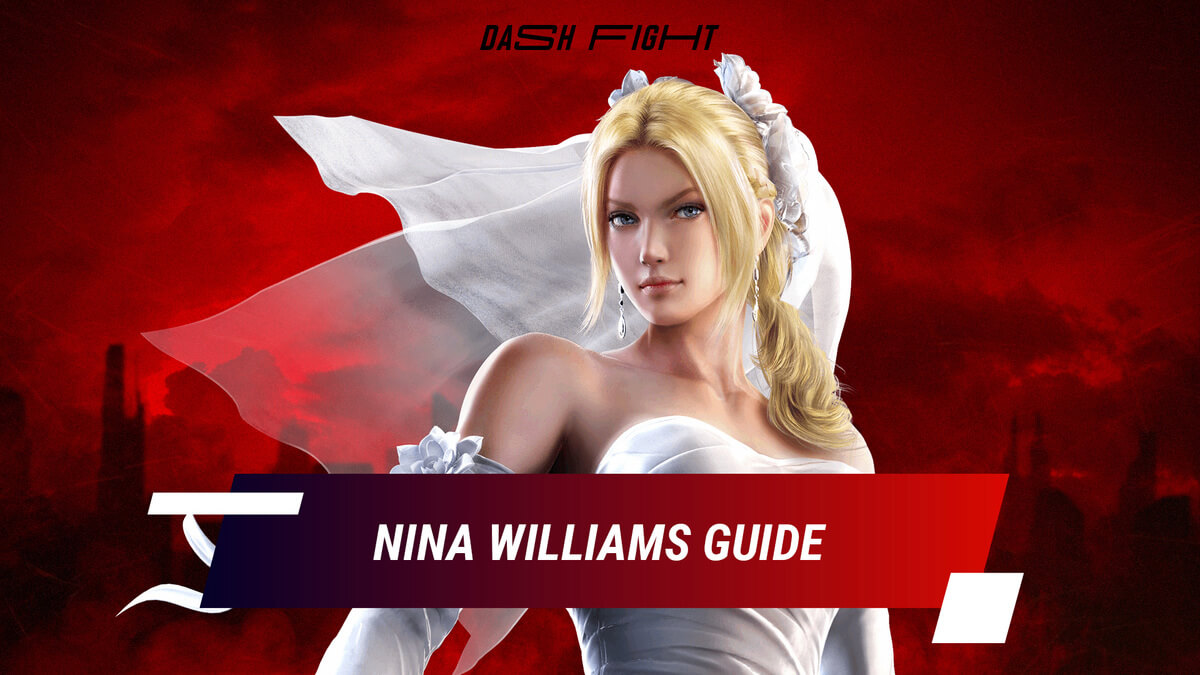 dailymotion.com
#News
Here you can check some of the most effective Nina combos and find out who her father was

Nina is one of the easiest characters to learn in Tekken 7. She specializes in high-speed close combat. Nina possesses the ability to lock down opponents. To play effectively for her, it is also important to know that if you want to maximize her against solid opponents you need to rely on less attacking, more safe decision making, better movement, and spacing, as well as a good deal of character matchup knowledge. Don't get sucked in by these moves but feel free to use them to get free points against weak opponents, especially online.

Who is Nina in Tekken?

Nina Williams, as well as her sister Anna, has been practicing martial arts since childhood. They were raised by their father, so both girls were very attached to him. The death of her father, a former contract killer, exacerbated the contradictions between them.

Nina decided to follow in her father's footsteps and also become a hitman. At the age of 20, she was hired to assassinate the head of the transnational corporation Mishima Zaibatsu and the main villain in the world of Tekken Heihachi Mishima.

She also received an assignment to kill Kazuya Mishima, but during its execution, Anna intervened and this could not be done. Then Anna and Nina became participants in the experiment and plunged into cryogenic sleep for 19 years.

As with much of her movelist, there is plenty of scrub killing fluff:

Hitboxes in Tekken 7 are quite fickle. The distinction may seem subtle but be aware of what is strictly a point blank tool and what can be used more loosely, particularly when playing Nina. The following moves have good enough range and allow her to attack without being glued to the opponent.

One of the most underrated things is just using the first hit as one of her better ranged pokes. This is a important part of Nina Tekken 7 guide. It’s a whopping +8 on hit and only -3 on block, one of the few things aside from df1 that brings Nina forward a bit and is relatively safe and fast. Keep in mind its high though, but the step possibilities on block as well as the threat of the rest of the string really helps establish priority.

This is the range where player can utilize most of Nina combos Tekken 7. Nina is almost unparalleled in speed up close because of her fast pokes and crush moves that put you back in the driver’s seat instantly. The faster you can think at point-blank, the stronger she will be. Keep your movement and poking crisp, and a lot of her stuff allows follow ups even when blocked, especially when you incorporate her phenomenal side steps after pokes.

Don’t get hung up on constantly attacking simply because you achieved close range, you have to think or you will get CH out of your pressure for more damage than your pokes are worth. Another thing to understand about close range pokes in general is how the pacing shifts. Fast pokes like df1 or jab not only have faster startup, but because the block stun and ensuing interaction happens quicker, your opponent has less time for decision making than the half second pause granted by something like dragunov’s running 2 on block. This means you are trapping  your opponent mentally even more so than you suppress them with good frames.

It’s a different kind of rushdown and requires quicker decision making on both sides. Panic responses like hopkicks and crouch jabs are more of a problem in these situations than when you are at + infinity, but it also makes you more difficult to read offensively (as well as making you far harder to step, because stepping queues are much faster). Low risk checks, side step maneuvers, low parries (especially against crouch jabs) and baiting panic responses for punishes are going to be an important part of your repertoire when pushing your turn with Nina.

Here are some shorter range moves worth using when you close the gap:

Its worth noting her jabs can move her forward further than most characters while covering longer range. This means that despite her small limb size she can extend what is normally a range 0 poke into the medium-shortish range instead. This is part of the strength of her poking game; pokes like jab and df1 are typically balanced by having very little range due to their phenomenal frame properties, but in Nina's case she trades having longer range moves for having jabs or df1 that blurs the line between range 0 and short range. Many characters have similar frames from these same moves, but this makes her better at quick checks than most because she can use these a bit more reliably that most. Seriously, the second hit of 12 goes far for a jab.

With that out of the way, let's talk about her range and space control. This is important to Nina because she has a very bipolar range on her moves, and her ability to control space is far weaker than her ability to lock down at point-blank. She sucks at approaching, which makes stuff like a quick dash into block very important to approach the opponent. The sharper you are with her the less of a weakness it becomes, but dash blocking can naturally be riskier and less rewarding online with laggy connections. Regardless, you need to implement this tactic to get to close range with priority, which is essentially her entire gameplan.

If you react well after blocking with this method, you get priority for free through block punishes (which give you + frames on hit) and baited whiff punishment, and sometimes you will give a free approach regardless if your opponent freezes. Since her pokes (such as df1) come out fast, chaining them after short bits of movement can cover similar ground to throwing out longer-range moves.

There is a lag between the opponent's ability to visually react to your movement and your decision making (which is already occurring before they respond), which causes 2 different things to happen. At low ranks, people will throw stuff out preemptively, which should encourage you to stay back and whiff punish, while at intermediate ranks people will instinctively block instead of contesting an incoming poke they can’t interrupt. Both are tickets to get in the proper range for poking. Just don't abuse the distance you cross before attacking and try to mask movement with side-stepping and fakeouts to avoid being predictable. For a more comprehensive Nina guide you can click here.

We hope, you enjoyed Dashfight’s Tekken 7 Nina guide. Also, we recommend for you, your friends and comrades a special guide How to Play Tekken 7, if you are a freshman.