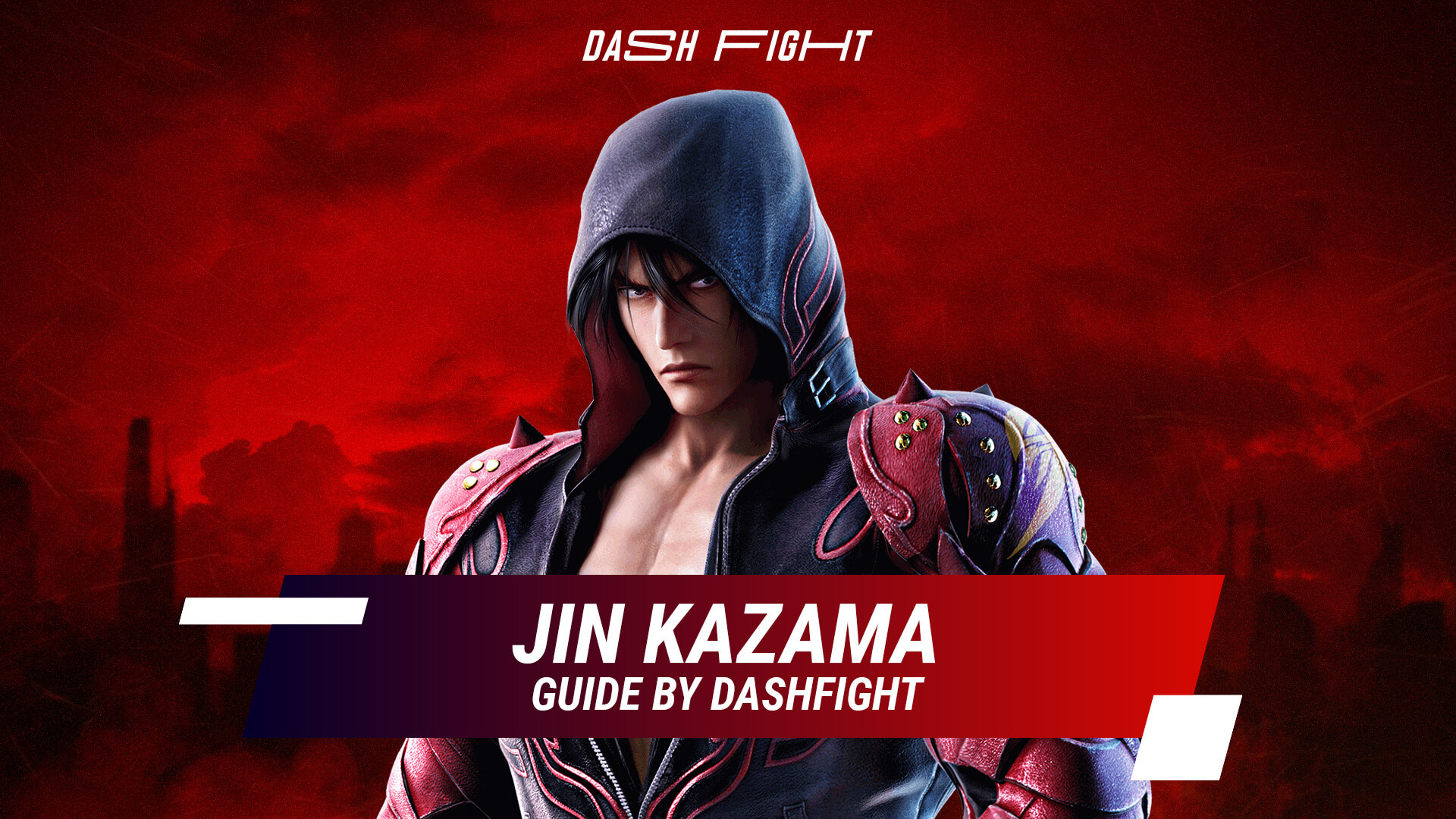 wall.alphacoders.com
We recommend you to check some visualization of Tekken 7 Jin combos below
Tekken 7 : Jin Kazama Combo Guide (Season 3)

Jin Kazama is the son of the UN employee Jun Kazama and Kazuya Mishima, against whom she wanted to investigate. Their romance took place in the Second Tournament "King of the Iron Fist", after which Jin was born. The mother raised her son in the remote mountains. There he learned Kazama's fighting style.

At the age of 15, a tragedy occurred in his life. The Ogre broke free and attacked their home. His mother, at the cost of her life, saved her son, after that, a tattoo mysteriously appeared on his arm.

Shortly before that, Jun had asked her son to go to Heihachi Mishima. Upon reaching the Mishima Zaibatsu, Jin learns that Heihachi is his grandfather. Heihachi himself accepts his grandson, taking him under his wing, and begins to teach him the karate of the Mishima family.

After this Jin defeats his grandfather and takes control of the Mishima Zaibatsu. He uses an elite unit, the Tekken Squad, on covert missions to drag the world into chaos. When the military power of most countries is done away with, he seizes space colonies and energy sources, in particular, oil fields.

He declares independence and starts a war with the rest of the world. The Mishima is pushing forward, conquering nation after nation. But in the course of the war, new forces of resistance gradually emerge. Jin learns that Kazuya is secretly running the first and most powerful division of the opposition, Corporation G.

Two quick punches to the head and a finishing kick

Long-range kick to the head

another long-range kick with a sweep

Left leg kick to the torso

Powerful punch to the torso in a dive

Powerful kick to the top of the head of the opponent, overturning them on the back

A dangerous attacking move that throws the opponent up

strong punch that knocks an opponent back

One of the most effective and powerful combos in the game

Another kick from squat-stance, that throws the opponent up

Combination of two hits, at the end of which Jin is lying on the ground

Series of numerous and continuous powerful punches to the opponent, the final blow throws the opponent far back

We recommend you to check our Tekken 7 control guide. Remember that to win, you firstly need to be able to quickly press the correct buttons.

The next part of Jin combos

We hope, you enjoyed Dashfight’s Tekken 7 Jin guide. Also, we recommend for you and your friends a special guide How to Play Tekken 7, if you are a freshman.