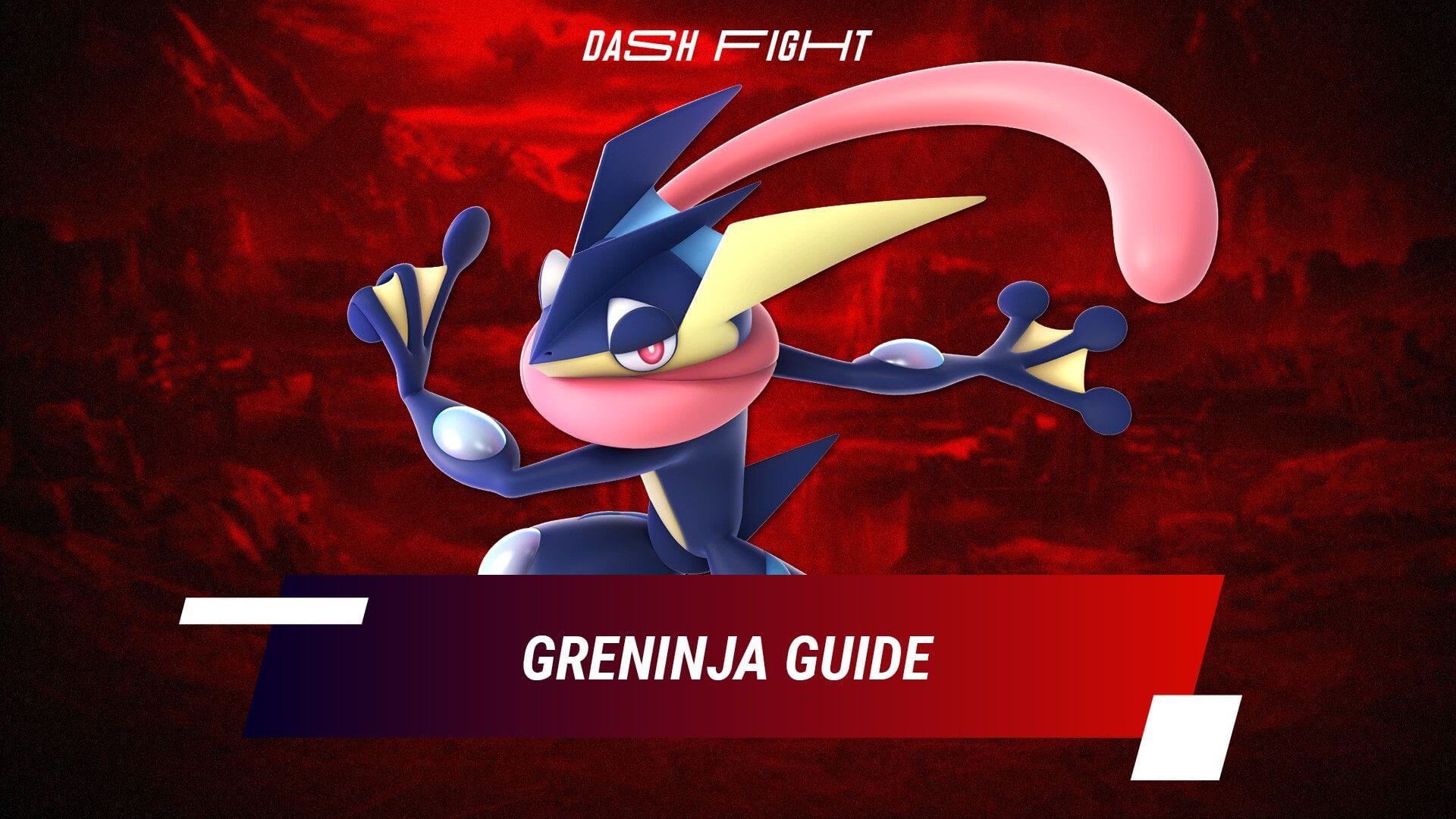 Greninja is one of ten playable Pokémon in Super Smash Bros. Ultimate. Making his debut in Smash for Wii U and 3DS, he brings his high mobility and improved moveset to Smash Ultimate.

The water-type Pokémon makes a very convincing ninja. He's the final evolution of Froakie and was created in the sixth generation of Pokémon games.

Greninja Smash Ultimate is a hit-and-run character that can quickly close in for attacks and then promptly pull out and escape. He's also got great ground-to-air potential and a good punish game thanks to multiple combo starters and advantageous frame data. Out-of-shield options are the biggest Greninja weakness.

How to unlock Greninja SSBU

Smash Ultimate Greninja can be unlocked in a few ways:

For more information on various game modes, check out this Smash Ultimate guide on DashFight.

Similar to fellow Pokémon Lucario, Greninja doesn't get much variety in the costumes he has. They're just color swaps that change the pigment of his skin, tongue, and other aspects of his body. All the colors for Greninja Ultimate are:

Greninja changes since the last appearance

SSB Greninja received several changes since his appearance in the Wii U and 3DS game. His Moveset has been tweaked overall and also has his animations and Final Smash.

Secret Ninja Attack — Greninja hits a portion of the ground, which causes Mat Block to flip opponents into the air. He then strikes them repeatedly with dash attacks before hitting them back down to the ground. His Final Smash doesn't have much range, so make sure to dash into range before making use of it.

This Smash fighter has great combo potential. The starters are pretty different.

The agile Pokémon has excellent combo potential, with his mobility giving him an air of unpredictability — train this speedy game if you want to know how to play Greninja Smash Ultimate. He's also able to cancel into any ground attack, which will help you keep your opponents guessing. Dash in and out of their attack range and mix-up your attacks for maximum efficiency. As you keep applying pressure, your opponent will start pushing buttons that you can punish for significant damage.

While Greninja's recovery is better than it used to be, his lightness plays against him as heavy-hitting opponents will send him flying effortlessly. You could say they're Greninja weaknesses, but that's only if their attacks hit. His speed and the varying range of his attacks can also be hard to get used to at first. Execution is critical.

Be especially careful with each Greninja counter from the following list as the fighter is rather weak against these opponents: Pikachu, Young Link, Palutena, and Snake.

Greninja's return to the Super Smash Bros. roster is well worth it as he's much improved since his first appearance. His playstyle and moveset will have many opponents worried sick, and that's why he's considered well above average on many tier lists.

If you only start your Smash experience, check out our list of the best SSBU characters for beginners.