Street Fighter League - Which Teams are the Best in the US? 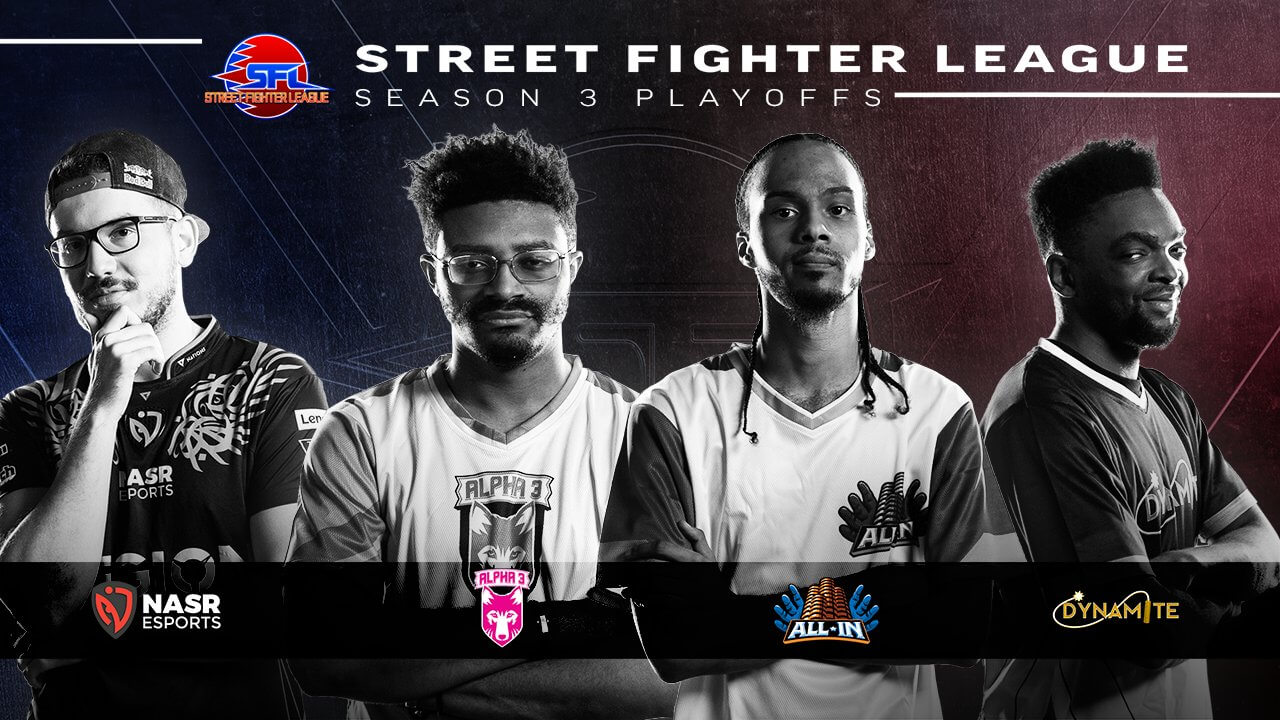 Pic Source: Capcom Fighters YouTube
#News
Yep, we know the answer! Two winners of the SF League playoffs are… Wait a moment! We’ll place the results at the end of this post to avoid spoilers

Looking back at the 15 weeks of Street Fighter League Pro-US is both an exciting and a bit sad feeling. First of all, that was an incredible level of fighting esports competition! Thank you to all the players for so many powerful moments and so many deep emotions. But then, the event is over… it’s a bit sad.

Let’s focus on many positive aspects, though. First of all, the playoff matches were… breathtaking? mind-blowing? Yes, these words are quite suitable. But don’t believe us! Watch them on the video - to enjoy the best Street Fighter possible and discover the results in the most exciting way.

The Winners Bracket - Alpha 3 vs All-In

The Losers Bracket - NASR vs Dynamite

And then… please, check out the stream if you want to witness the battle or scroll further to see the recap of the whole event.

The first match was between the two best teams from the group stage (check out this post about Street Fighter League Week 14).

The Alpha 3 guys look relaxed and quite confident in this pre-match interview:

Alpha 3 won 3:2 and became the first team of two to face the best Japanese players at the upcoming Street Fighter League World Championship. The role of Victor “Punk” Woodley (Panda Global) is crucial for this victory. Do you agree he is the best Street Fighter player on the planet?

Let’s listen to the NASR players in their pre-match interview:

And what about the team Dynamite? They made it to the playoffs thanks to the victory at SF League Week 14.

NASR eliminates Dynamite 3:0 and proceeds to the fight against All-In - for the chance to play at the World Championship.

NASR wins 3:2 and becomes the second American team that will play against Japanese titans at the Street Fighter League World Championship.

Here are the after-match words from Amjad “AngryBird” Alshalabi (NASR), MVP of this fighting esports tournament.

The next time we'll see many of these players fighting against each other is the Capcom Pro Tour Season Final, planned for February 19-20.

At Street Fighter League World Championship, the teams Alpha 3 and NASR will play against Nemo Aurora and Tokido Flame. Believe us guys, it’s better not miss that show!

It’s also super interesting to see how the upcoming big update of the battle balance will affect the pro SF scene. What do you think? Let us know on DashFight Forum!

Stay tuned to DashFight on Facebook, Twitter, and Discord to be in the whirl of all things Street Fighter and fighting games.