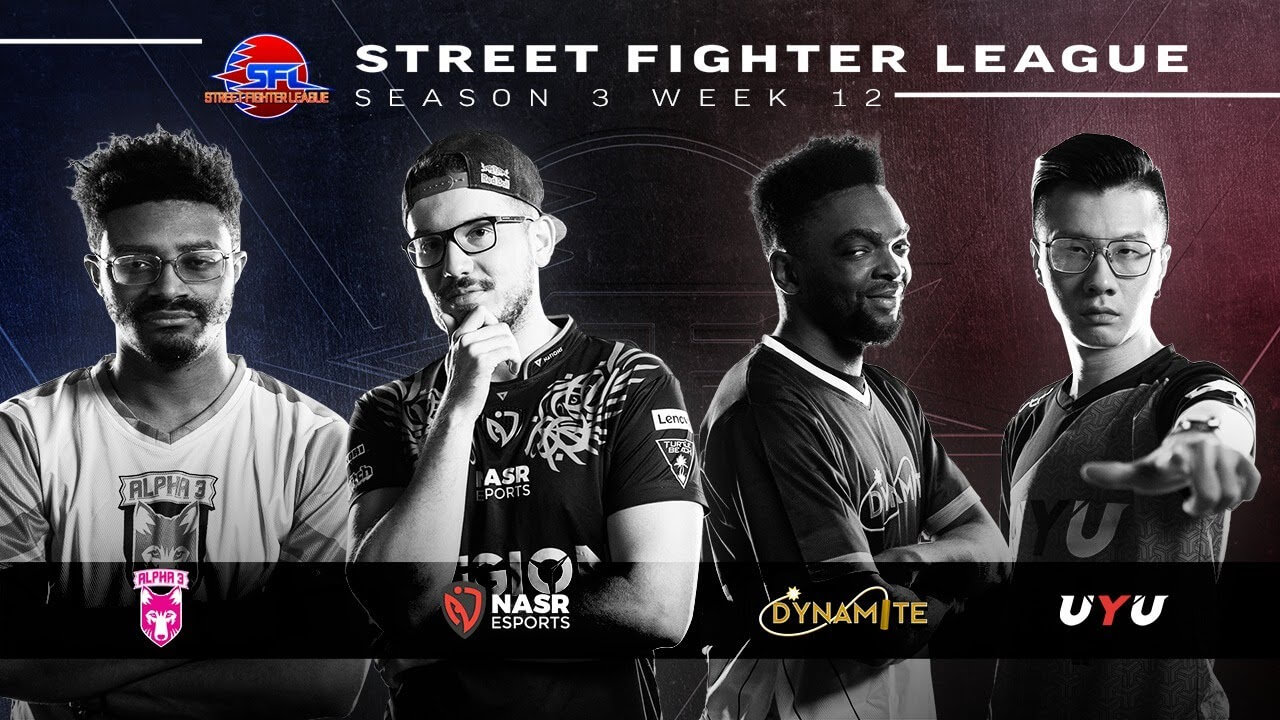 We expected to have an interesting battle between two teams from the middle of the Street Fighter League standings and an easy match for the leader of this esports tournament. In practice, everything was a bit different.

Alpha 3 played against UYU. After the loss of All-In during the SF League Week 11, the position of Punk’s team is especially strong. UYU couldn’t win even one match so far, so they have pretty strong motivation to taste that sweet victory. Only the incredible performance of Nephew was able to save Alpha 3 this time (Punk did so during matches of Week 7 and Week 6).

Please check out these short interviews...

with CJ Truth from Alpha 3:

with Kami from UYU:

UYU managed to prove their competitive spirit and demonstrated a great Street Fighter style - it was nice watching their matches, and hopefully, they will eventually catch a wave of success. The Alpha 3 players have seven victories and only one loss.

The second match of this week was quite significant for the general standings. Both Dynamite and NASR had the same stats and good chances to fight for third or even second place. NASR did their job much better.

And another couple of short interviews…

with Samurai from NASR:

NASR reached the third position in the standings after this match. They have the same stats as the team All-In. Dynamite will definitely fight for reaching the playoffs.

Next week, we will be able to witness matches of Psycho Shinobi vs UYU and Dynamite vs All-In. That should be a pretty exciting show!

The winners of the American League will play against Japanese champions during the upcoming Street Fighter League World Championship. This event is planned for the end of February - in the same location as Capcom Cup 2020.

The fighting esports world pays proper respect to the old titles as well. Have you seen the matches of Coop Cup 2021 - Street Fighter III 3rd Strike?