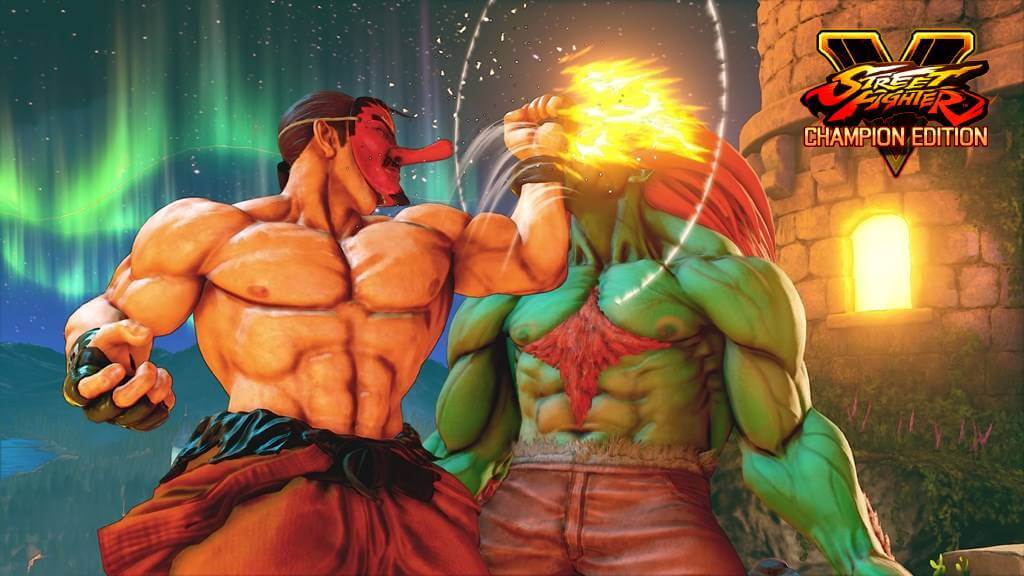 #News
Lots of stuff have happened in the game: Dan Hibiki, V-Shift, and character adjustments

If you open Street Fighter V today, you’ll find a significantly different game. February 22 is the first day of Season 5. That means players got a new character, a new gameplay mechanic, and many balance changes. Haven’t you missed this huge step in the game evolution?

This guy was revealed quite a long time ago - at Street Fighter Summer Update. Finally, Dan is here, and we have much more info about him.

Many consider Dan a joke character. In fact, the story of his appearance in Street Fighter Alpha is based on jokes. First, SNK parodied Ryu from Street Fighter by creating their Ryo Sakazaki for the game Art of Fighting. And then Capcom parodied that Ryo by creating Dan Hibiki.

A lot of joky spirit remains in Dan even now - his behavior on the fighting ground is often far from being serious. Still, the developers decided to strengthen the guy and make him more competitive in the matches. Even his SFV phrase proves this:

Uohhoh! Dan Hibiki... is back after the ultimate improvement!

Go Hibiki, Dan’s father, is responsible for gouging out Sagat’s eye - and he paid for this with his life. Dan wanted to avenge, so he started learning martial arts. Master Gouken refused to continue teaching a guy with such motivations. To get stronger, Dan invented his own fighting style, Saikyo.

His fight against Sagat was successful, but Dan doesn’t know that Sagat lost intentionally to stop this revenge. Satisfied, Dan starts promoting Saikyo around the world and participates in World Warrior tournaments for this. The guy even opens his Saikyo dojo in Hong-Kong, which isn’t very successful.

Of course, time is needed to see the actual strength of Dan Hibiki in Street Fighter V matches and his potential to enter the professional esports scene (can we see Dan fighting at such events as Capcom Pro Tour 2020 Season Final?)

Right now, we can learn Dan’s move list and take these attacks into the game.

To play Dan Hibiki, you have to buy SFV Character Pass or Premium Pass. Or you can buy this fighter with Fight Money.

Did you have a chance to try out V-Shift? This new gameplay mechanic was revealed during the Street Fighter Winter Update. Now, we have more info about it.

So, you can press Heavy Punch and Medium Kick to parry strikes and projectiles. After a successful use of V-Shift, you can activate a long-range counterattack named V-Shift Break. This mechanic costs one V-Gauge bar.

This is a very significant change in the game, so it definitely will be wise to practice it in the Training Mode, in offline games, and then use it in online matches.

To implement V-Shift properly, the Street Fighter developers decided to adjust the abilities of game characters. These changes are meant to keep the fights well-balanced.

There are lots of changes in the game! We encourage you to visit this official page and check out General Adjustments and everything that happened to the fighters. Then, just jump into the game and treat yourself to a few matches to feel this new version of Street Fighter V: Champion Edition.

Also, it may be interesting to check out this video:

It seems like this is a good season for the fighting games community. Many other exciting announcements were made during the recent Japan Fighting Game Publishers Roundtable.

What do you think, guys? Have you got fresh motivation to play Street Fighter V? Please, share your opinion on DashFight Forum or through Twitter, Facebook, and Discord.