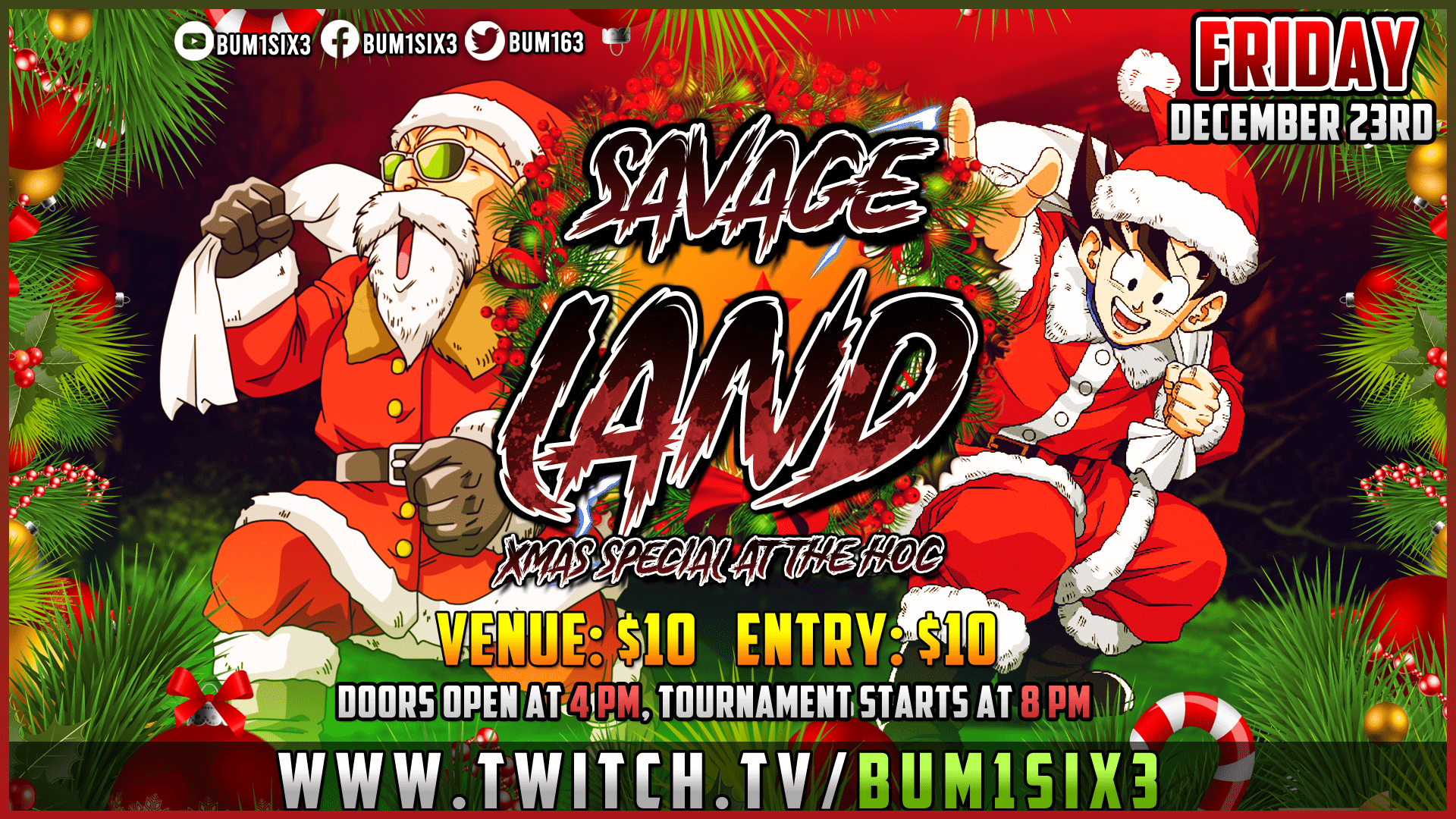 The Savage Land is a series of regular DBFZ tournaments. And right before Christmas, we could enjoy its special edition — with pretty strong participants. We could see such guys as DragonGod, NeoJudai, Daniel, and Nitro.

Who won the holiday competition? Let’s discover that on the stream!

The Top 8 part did not start well for Nitro. In the Winners Semi-Final, the champion of Defend the North (and many other tournaments) lost 1:2 to Muffin. Could the unusual team Nitro took to this fight be the reason?

The other player who reached the Winners Final was DragonGod. He had a clear victory over Daniel in the Semi-Final, 2:0. Then, Muffin almost destroyed DragonGod, 3:0, and proceeded to the Grand Final.

To face Muffin again, Nitro had to defeat three opponents in the Losers brackets: NeoJudai, Bbubles, and DragonGod.

For this final match against Muffin, Nitro took a slightly different team — with Blue Goku (Nitro is arguably the best Bluku in the world. Did you watch his video guide on How to Play Blue Goku?).

This time, Nitro released his full power. He won the first match 3:0.

The Grand Final Reset was much closer, back and forth. The players exchanged rounds, and took the match to the decisive game. Again, Nitro managed to be a bit stronger and won 3:2.

Nitro is the Champion of The Savage Land DBFZ Xmas Special. Congratulations!

Can you believe that? It was one of the rare DBFZ events, where now one played the duo of Fusions. Jefongg’s team was the closest — but Vegito was on Point. For more details, check out our video about the Gogeta/Vegito Synergy.

Also, the whole topic of DBFZ Team Composition has been discussed in this guide on DashFight.