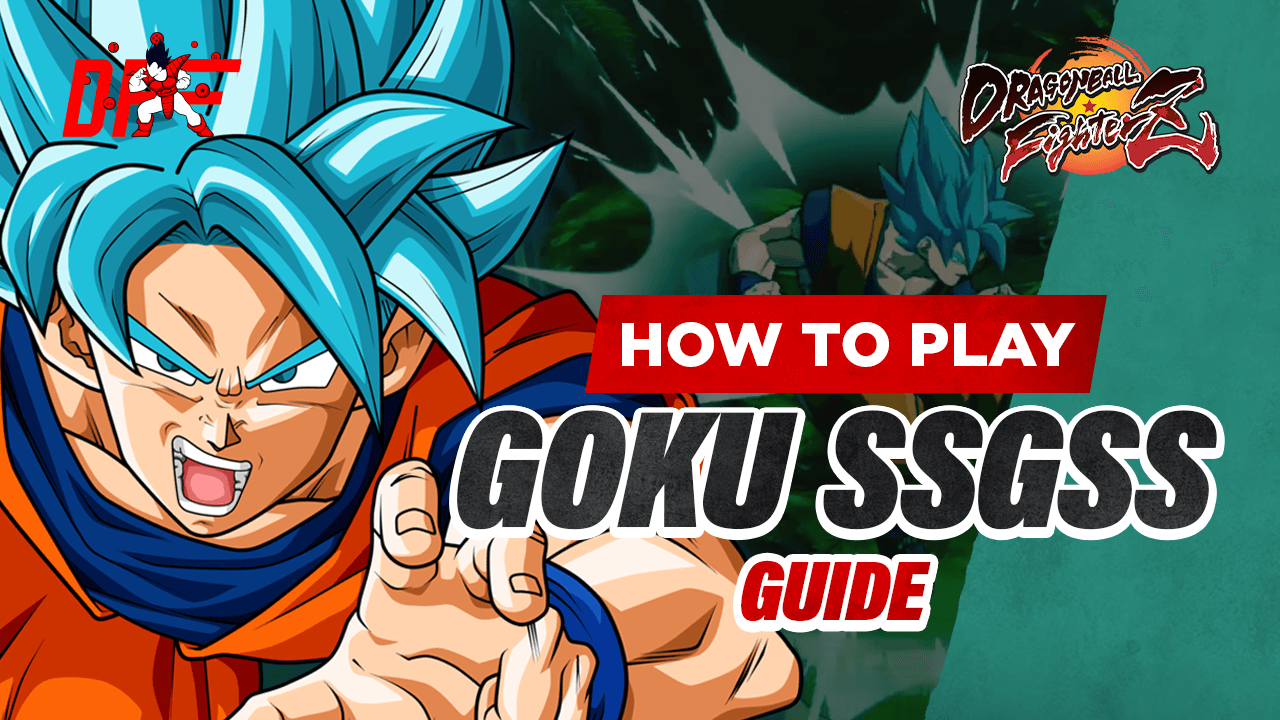 He’s very strong in many aspects, but playing him requires precise timing and good execution skills.

Blue Goku is one of the most popular characters among pro DBFZ players. And that fame is totally reasonable as his fighting tools are exceptionally powerful. Of course, you need some experience with the game and Blueku himself to take the most out of this might — and this new video guide on DashFight’s YouTube channel will show you the best path in this exciting journey.

The guide was created by Nitro, a very talented fighting esports professional who won DBFZ World Championship 2021 in North America. Also, Nitro loves Blue Goku, and he’s been using him for a while.  We are honored to present his advice and explanations to you, guys.

You could see these combos explained and shown in the Blueku video guide:

Blue Goku’s mixups consist of such things as his command throw (214L/M/H), EX dive kick, and even lariat.

In this section, Nitro gives details on how to use these moves in mixups. For example, you can start with 5L or 2M (and that is the usefulness of this move). Also, you can use EX dive kick with an assist. EX lariat can be used as a mixup too.

This aspect is pretty simple. You jump around and use your ki blast. Pay attention to the falling button, such as falling j.M, which reaches pretty far. 2M also can be used in neutral. The lariat (236L/M/H) is a good neutral button — if you jump and land it low enough, it goes from -2 to -5 on block.

When Nitro decides to play Blue Goku defensively, he uses ki blasts and goes to a full combo after confirm. You can get a combo confirm from EX dive kick.

Instant Transmission is a great move, +3 on block. You can go into Level 3 after it.

What to use as your Level 3 oki, then? Nitro often uses Super Jump with flow or fall to reach the opponent. The following options include the command throw and mixups with assists. While in midscreen, you can do ki blasts or the command throw.

Nitro thinks Blueku’s Level 3 oki is very strong, but it’s not too deep.

The damage from Blueku’s Level 5 Super is impressive — it deals 2359. In many situations, this opportunity is worth spending your meter for.

Nitro recommends using A Assist with SSGSS Goku as his best one. It’s a dive kick assist, and it can be anti-aired, and you should be aware of this.

B Assist is also very good. It’s a lariat assist. This assist keeps all the properties of the normal move Divine Void Strike. It applies a lot of hitstun.

C Assist has a long startup (45 frames). It can be anti-aired. It tracks the opponent, but the tracking is not very good. The cooldown is very long (as it’s usual for C Assists).

What do you say? Do you feel inspired to play Super Saiyan Blue Goku in Dragon Ball FighterZ? Then take pieces of advice from this guide to your training, shape your skills, and then bring the power to real matches.

DashFight has plenty of other guides on DBFZ characters. Check out this one on Vegeta by ShaudL or this one on Gotenks by Alukard.