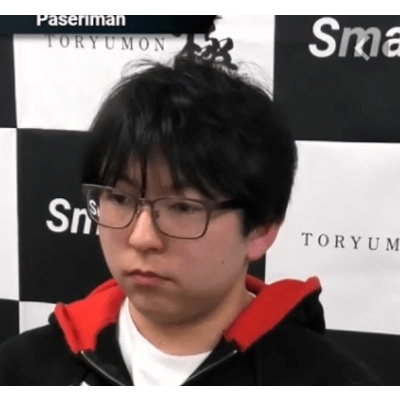 Yutaro "Paseriman" Nagumo is a Japanese Super Smash Bros. Ultimate player who normally mains Fox, but also boasts a strong Pit and Cloud whenever the need arises. He was also an exceptional Super Smash Bros. for Wii U player with Diddy Kong as his main.

He is considered the best Fox player in the country and has taken sets off of top contenders like Tea, Shuton, Zackray, and Marss. Paseriman has competed in key tourneys including ESG Cup 3, EVO Japan 2020, Frostbite 2020, Kagaribi, Maesuma TOP 4, Toryumon Kiwami 4, Sumabato SP 11, Umebura Japan Major 2019.