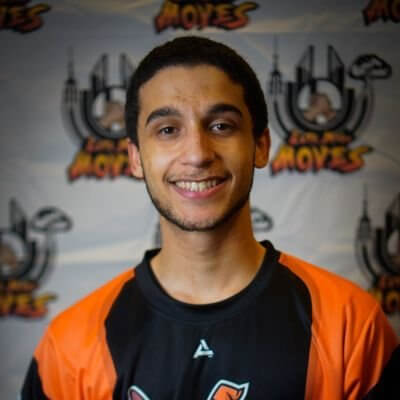 Aneudy "Enzo" Melendez is an American Super Smash Bros. Ultimate player. He represents IlluZion Gaming and has an overall set count of 78%.

Ranked 2nd on the Philadelphia Power Rankings for Q1 2020, Enzo mains Joker with Pokemon Trainer and Palutena as secondaries in SSBU. In SSB4, he mains Villager with Bayonetta and Sonic as secondaries.

At Let's Make Big Moves, Enzo caused an upset by beating top smasher VoiD but he eventually ranked 33rd after losing to Justy and Riddles. He also partnered up with BONK! for ssbu doubles, placing 9th after being defeated by the Marss/Samsora and Gen/Jakal duos.