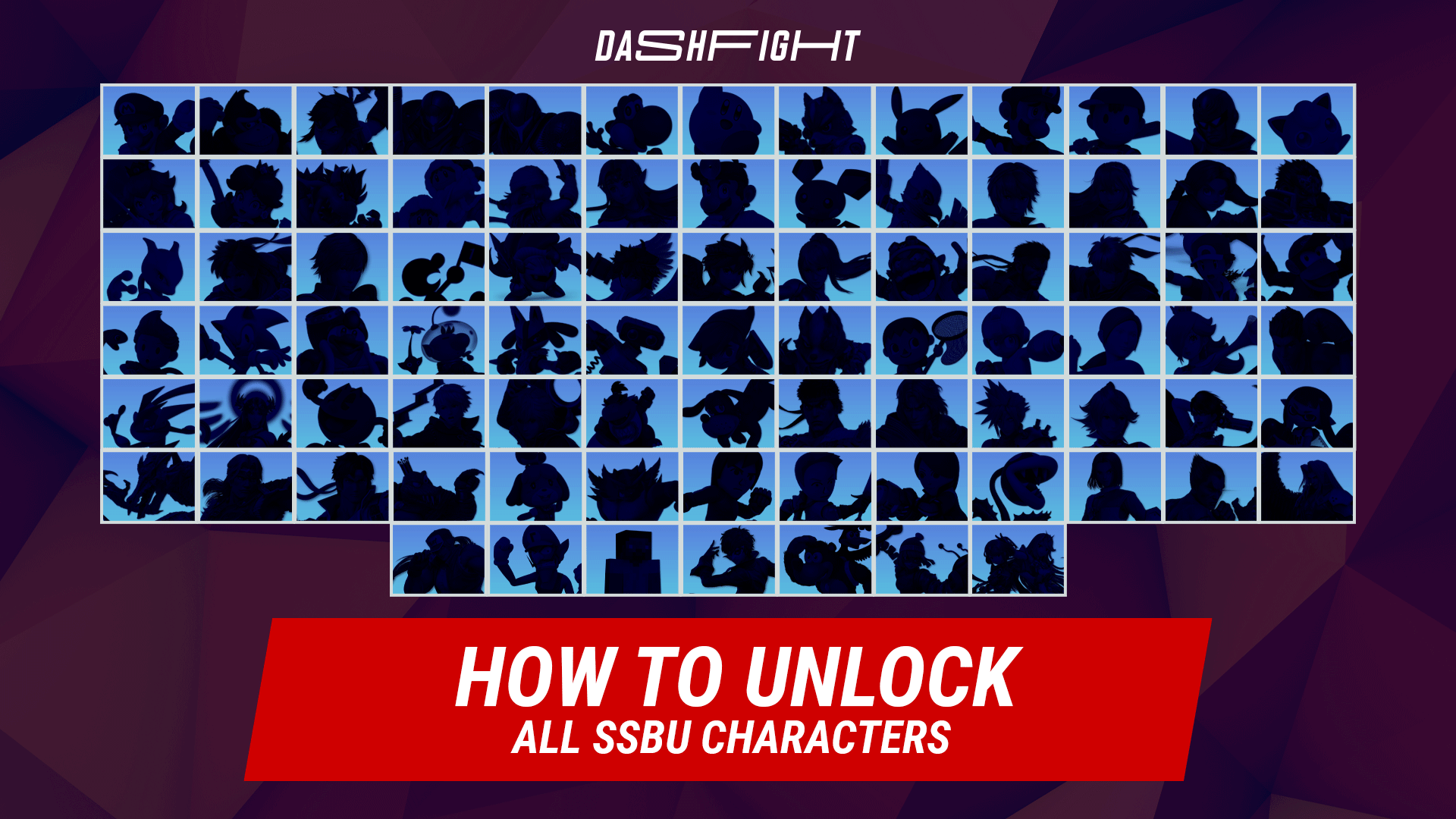 How to Unlock Smash Ultimate Characters

Broadly speaking, you have a few different paths to unlocking Smash Ultimate Characters. In this guide, we will walk you through how each works, the pros and cons, and a few tips to expedite the process. However, you will unlock most characters by just playing alone or with friends, facing some AI challengers, and maybe spending some time in the world of light; by the time you feel bored of all these, you will have likely unlocked the majority of the roster.

But if you want to be a completionist, here is all you need to know about unlocking the SSBU roster. The first lesson is, you need money.

When you first open your roster screen in Smash Ultimate, only eight characters will be available. These are the eight original characters from Super Smash Bros 64. A lot of the unlocking in the early parts of your playtime will revolve around these. Whether you choose to go through and win the challenger fights or complete the world of light, you will start with one of them. Many of which are easy pick-ups for first-time players.

One of the potentially quickest ways to unlock all characters is to activate a type of AI fight called "Challenger Approaching," or Challenger fights. After every Versus match, Mob Smash, Spirit Board fight, or exiting the World of Light, a new battle will trigger as long as at least 10 minutes have passed in between each encounter. For each new opponent, the difficulty of the fights will increase. Meaning that it will be pretty easy to start, but things quickly ramped up.

You can redo any lost Challenger fight through the Games and More menu a few minutes after finishing the battle. There is an order to the characters that are unlocked through this system. If you unlock any of them out of order through any of the other mechanisms listed in this guide, the system will skip to the next one in the list. So it might be a good idea to unlock the first few through other methods to give you an easier time toward the end of the list.

Another way to unlock some characters, though not all, is to play the Classic Mode. By choosing one of your starting characters, you will fight AI opponents and unlock characters in the order shown in the table below. This might be the fastest way to unlock Smash Ultimate characters or just a specific character you want early on the list.

Keep in mind that if you have already unlocked a character from one of the lists, or been shown their Challenger Approaching fight, then the character of the list to the right of that will be unlocked next. If you already completed all the characters in one of the columns, then you will start unlocking the ones in Mario's, then Donkey Kongs, and so on.

Although we will soon have a much more complete guide on the world of light for you to check out, what is relevant to unlocking new characters for your SSBU roster is that you can unlock all characters by playing the World of Light mode, which is akin to a story mode, where you start as Kirby and make your way through different sections of the map while fighting other Smash characters. Each one you defeat will unlock them.

This is the most time-consuming way to unlock the characters, but it's also a pretty fun one since you'll be able to play around with battle modifiers, unlock spirits, and more. So if you are not in a rush, like having to unlock all of them ahead of a local in a few hours, speaking from experience, then take your time and explore the World of Light.

In summary, play the game however you feel it's the most fun to you, and chances are within a couple of days, all the characters will be available for you. If you want some added spice, put down a few bucks of your Local Currency into the pockets of good old Nintendo, and you will get to play as Steve, Sora, Sephiroth, or any number of other Anime Fighters. Whatever you decide to do, make sure to stick around here in DashFight to read over some of our other guides on Super Smash Bros Ultimate.