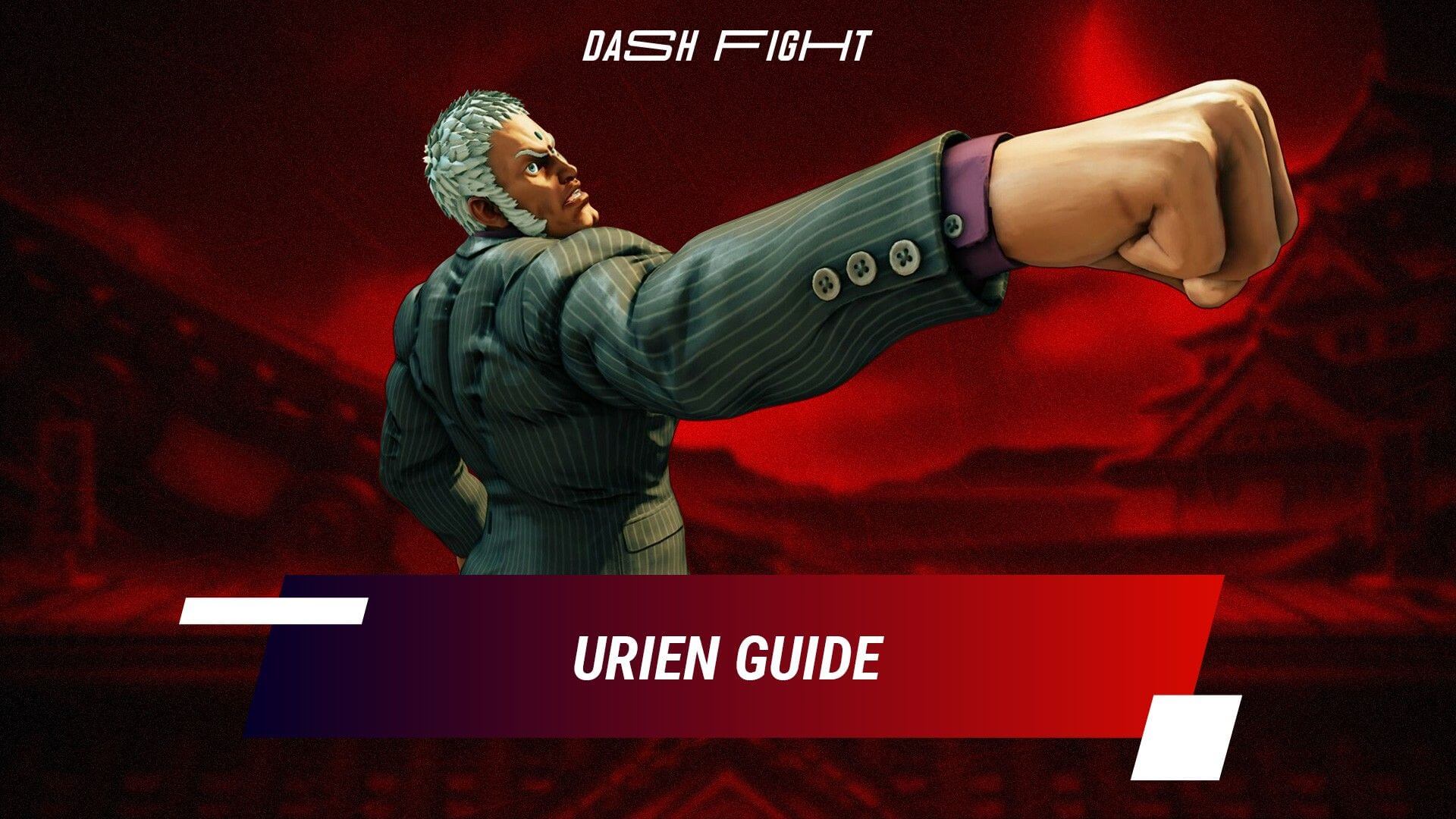 Capcom
#Guide#Evergreen
Are you a bit tired of noble characters with only pure good intentions? Then Urien may be an interesting choice for you!

The division into good and evil characters is not always as simple as at the dawn of video games culture. You clearly can say that Bowser is bad and Mario is good. But in the Street Fighter franchise, we have so many shades between these two extremes.

Ok, M. Bison is rather evil. And Ryu is probably good. But what about lots of other guys and girls? As virtual personalities, they have their own intentions that move them forward in life (and fights, of course). Urien is one of them. He is not good, but he is not totally evil. He is rather a selfish one, who thinks only about his own benefits. He doesn’t want to save the world, but neither is he interested in destroying it.

Such a position may find a response in many gamers. Would you like to choose Street Fighter Urien as your primary character? Then welcome to this SF5 guide on DashFight, where we discuss his background and actual abilities in fighting matches.

Urien is arrogant, tyrannical, and even cruel if such behavior is somehow beneficial. He despises most people as those who are much lower than him. In fights, Urien SFV is very strong - and probably this strength gives the guy that level of confidence.

Urien is annoyed by the supremacy of his brother Gill in the Secret Society and dreams to become a leader himself - not only dreams but makes real steps towards this goal.

Initially, this guy also was a candidate for leadership in the cult, so his body and mind passed through extreme training that involved even genetic changes. It’s enough to look at the gem in Urien’s forehead - it’s built in the skull. As a result, Street Fighter 5 Urien can control the energy Ki and the Earth elements.

The first game of the Street Fighter series that has this guy is Street Fighter III: 2nd Impact - the second installment of Street Fighter III: New Generation. Urien was added along with Akuma and Hugo Andore. He wants to become President of the Secret Society and he even succeeds, but Gill gets a new role - Emperor, so efforts of Urien are pointless.

In the game Street Fighter III: 3rd Strike, Urien again tries to become a leader of the cult. And now his dream comes true...

Urien returns in Street Fighter V - please, check out his story in the Character Story Mode and the General Story.

In the game, Urien can be very dangerous. He uses the fighting technique Pankration, the ancient Greek Olympic discipline. But the main power of the Urien move list is connected to controlling energy. He can even electrify opponents (almost like Blanka) and make his body metallic - quite a nice protection, don’t you think?

Physical characteristics of Urien are the same as those of Gill (he even has a Halloween costume that makes him look like Gill). Still, special abilities are not so impressive. Urien can be vulnerable to air attacks from some opponents, but overall, he is a well-balanced fighter. Success with him depends mostly on your skills, so keep practicing!

As you can see, Urien moves have a lot of identical patterns, so you don’t have to learn complicated combinations. But don’t forget about the necessity to use these moves during fast matches with instantly changing situations! Pay enough attention to practice and you definitely can get a better Street Fighter Online Rank.

If you only start your experience in this game, take a look at our guide How to Play Street Fighter 5.

For more SFV articles and news, stay tuned to DashFight on Facebook and Twitter. Join our community on Discord!