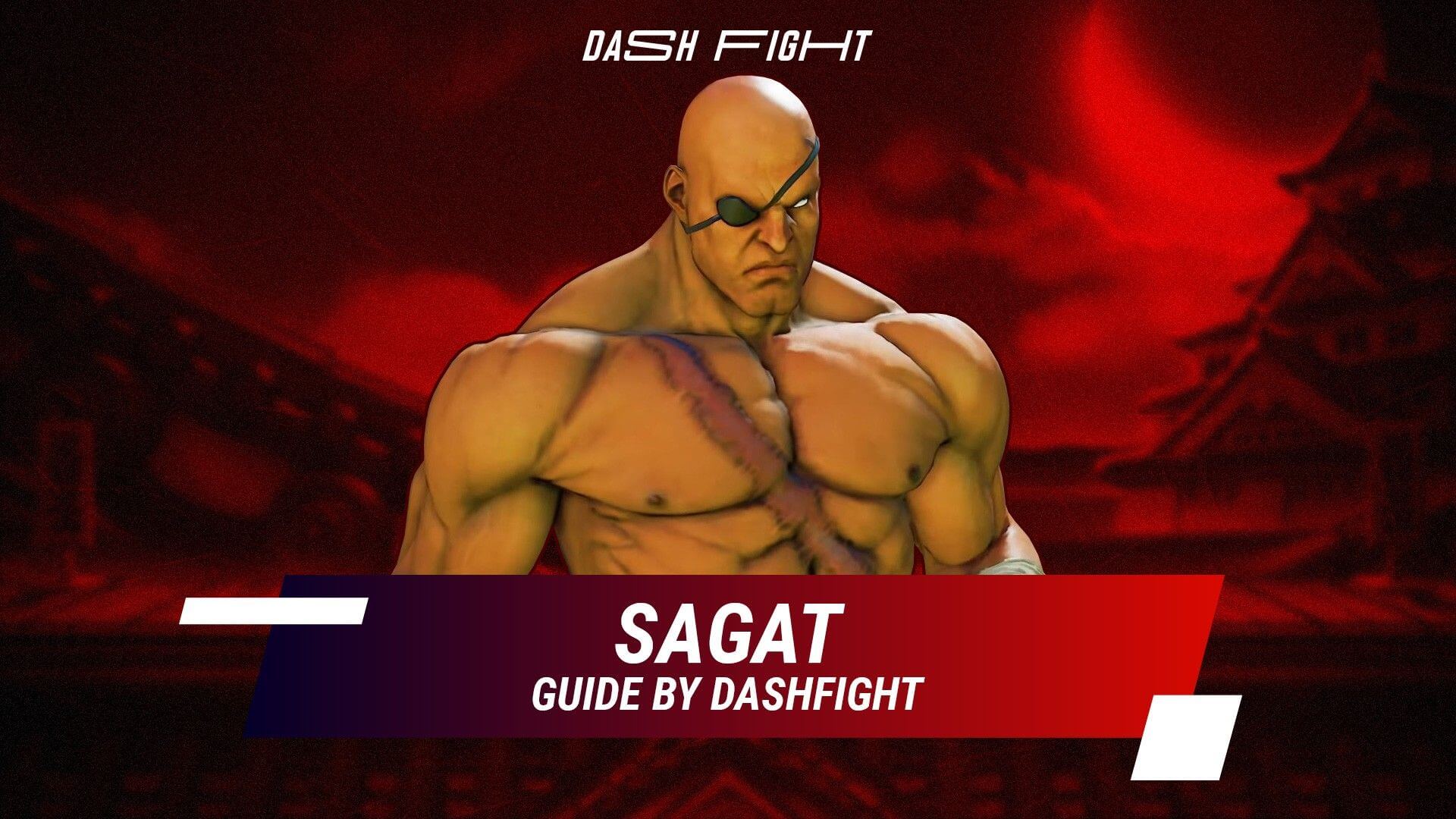 Capcom
#Guide#Evergreen
His life goal is to defeat Ryu, but Sagat will be glad to fight all the other SF5 characters

Sagat is a very prominent figure in the Street Fighter V roster - and not only because of his exceptional height. He is a very good fighter with a very interesting style. Would you like to make Sagat your primary character? Then take a look at his guide on DashFight!

Players met Sagat for the first time quite a long time ago, in the very first game of the Street Fighter series. He was the final boss there, and to fight him, the main character (Ryu or Ken) had to defeat eight opponents in various countries, travel to Thailand, and face Adon, a disciple of Sagat.

However powerful Sagat was in that game, Ryu was able to get the victory (probably, not on the first try). He even left a huge scar on the chest of Sagat, which became a reminder of that first loss and support for the desire to avenge.

Sagat returns with the game Street Fighter II. In the original version, he was one of the Grand Masters, an unplayable boss. Starting from Street Fighter II: Champion Edition, players can choose this guy for their fights.

Sagat managed to defeat Ryu but then he realized that wasn’t a proper victory - Ryu succumbed to satisfy the revenge hunger of his opponent. This is not a result Sagat looked for. He wanted a clear victory...

In the sub-series Street Fighter Alpha, we discover a bit more about Sagat. He lost the right eye during a fight against Go, father of Dan Hibiki. His attitude to Ryu changed a bit when Sagat discovered the plans of M. Bison to use Psycho Power against that guy.

In Street Fighter IV, his hatred towards Ryu loses its intensity. Sagat even calls the Eternal Wanderer his friend. These characters gain an even better connection in Street Fighter V. During his Character Story, the dark energy Satsui no Hado overcomes Sagat, but unlike Kage, he doesn’t become its victim. And unlike Akuma, Sagat decides not to use this power. This experience helps him better understand the struggles of Ryu.

Capcom added Sagat to Street Fighter 5 with Season 3, so he is available in SF5: Champion Edition.

Sagat is a Muay Thai fighter, so his move set is based on this style of martial art. He is even called Emperor of Muay Thai because there is no one more powerful in this style. In the first Street Fighter game, Sagat organizes The World Warrior tournament to prove he is the best among fighters of all the other styles as well. He still has a chance to do so in many modes of Street Fighter V.

This character is very tall and muscular - but not as tall as Abigail and not as muscular as Zangief. Sagat has very effective projectiles, so many players prefer to keep him at a distance from the opponent. Also, it is recommended to avoid too aggressive behavior in a match. Sagat is good at delivering a portion of damage and then moving a bit back to continue his long-range fight. It’s safe to say that Sagat is a rather defensive character.

Try out these combos of Sagat SFV:

Let’s hope that our Sagat guide has properly introduced you to this Street Fighter 5 character and you will get lots of victories with him. If you need info on the game basics, take a look at our SFV Guide for beginners.

Sagat has quite a few costumes in the game. Discover how to change his appearance in the article Street Fighter 5: How to Unlock Costumes and Colors.

Stay tuned to DashFight on Facebook and Twitter to be in the whirl of all thing fighting games. Join our community on Discord!