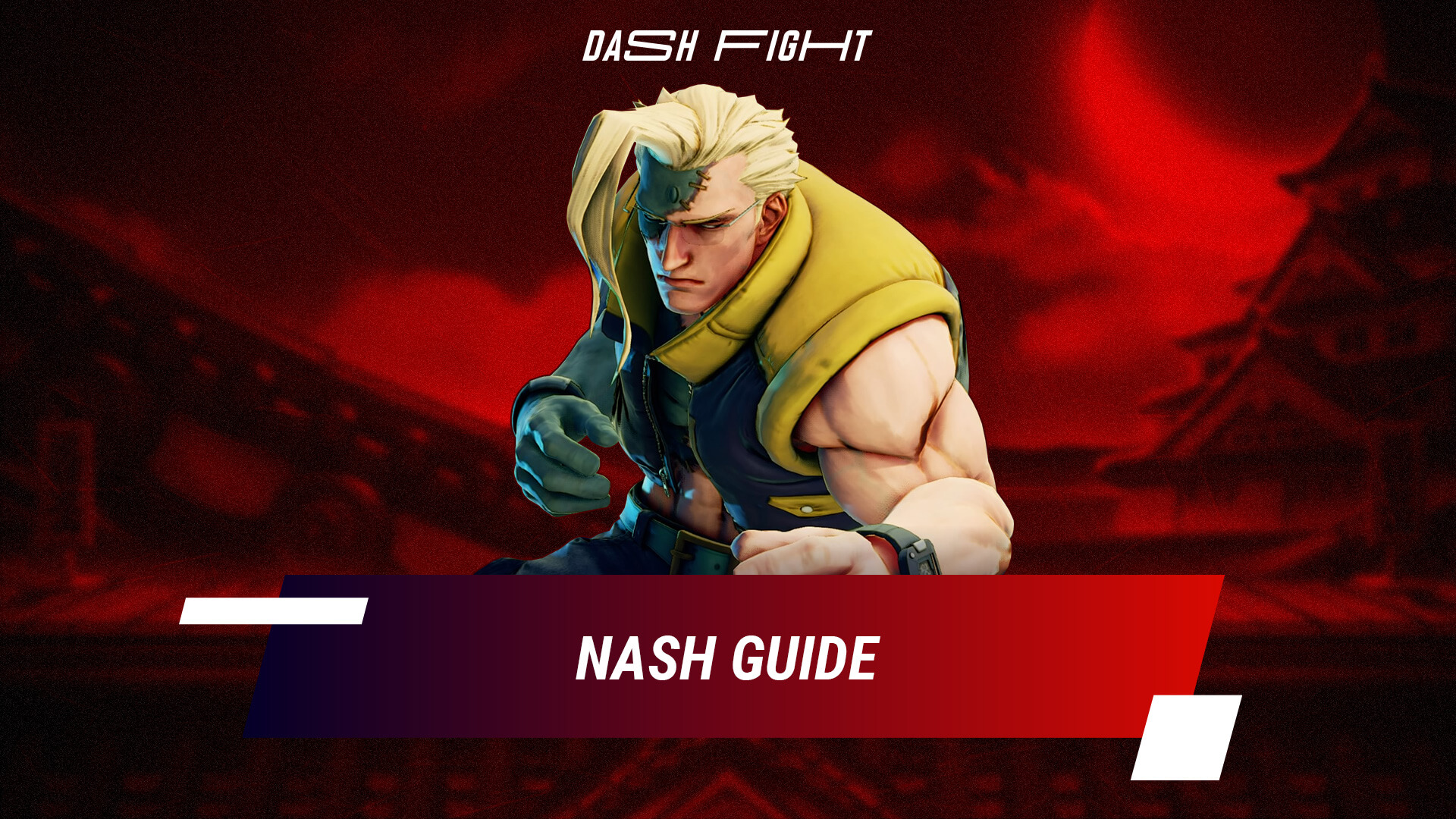 All the characters in Street Fighter V are something more than just a name and appearance. They all have a background that motivates them to fight again and again. When you select your primary character, this background should be taken into account. Is the motivation of this guy or that girl in tune with your own personality? It’s better to take your time and don’t make too quick decisions.

The appearance of Nash Street Fighter is a bit weird - he looks a bit like Frankenstein's monster. His name is a bit of a mess - sometimes he is Nash, and sometimes he is Charlie. And what about the motivation of Street Fighter Nash? Let’s delve into the story of this guy to get to know him better. And let’s take a look at his fighting abilities in Nash move list!

Previously, DashFight posted such guides on Blanka and Akuma.

The Story of Nash in the Street Fighter series starts with… his death. In fact, he had died long when players discovered his existence. Guile mentions his friend Nash in Street Fighter II, who was a Captain in the US Air Force but then was killed on a dangerous mission.

The first appearance of Nash SF as a playable character was in the Street Fighter Alpha series. He had to kill M. Bison but was murdered when his mission was almost done.

Nash was present in Street Fighter IV only as a slight hint in the character stories - Guile wanted to know the fate of his friend. The first core game with Nash is Street Fighter V.

It turns out that Nash really was dead, but the Secret Society revived him, patching his damaged body. They wanted to use Nash as a puppet...

We recommend you to take a look at the Character Story of Nash in SF5 for more details and for feeling the general atmosphere around this guy.

Nash fights for justice (almost like Cody) and hates Shadaloo. He remains friends with Guile even if the latter can’t believe in the miraculous savior of that Nash he knew. Also, this guy is close to Chun-Li.

In Street Fighter V, Nash is available in the basic roster - you can have him even in the Arcade Edition and you won’t have to unlock this SF character.

The name of this guy is Nash in the Japanese versions. But he was renamed as Charlie in the USA. The reasons here are simpler than in the case of Balrog. The translators couldn’t properly catch the name in the old SFII game when Nash was mentioned first, so they made him Charlie.

He remained Charlie for a while but then Capcom decided to solve this confusion and made the full name of this character Charlie Nash, combining both versions. In Street Fighter V, Nash is the official name for all the languages.

Even if this guy is not so mysterious as Seth, Nash in Street Fighter V has a few very unusual abilities that give extra power to his set of traditional fighting tricks. For example, Nash can get energy for his V-Gauge by absorbing projectiles (such as Hadoken of Ryu).

Also, notice the teleport ability (V-Trigger) - imaging all those opportunities it opens for you in a match!

It’s not very difficult to perform various attacks of this fighter, so he can be recommended even for beginners in the game. Still, you should put enough effort in practicing basic attacks to use Nash combos Street Fighter 5 effectively in fast-paced matches. Please, bring info from this SF5 Nash guide into practice to start your journey of mastering this character. And take a look at our article on How to Play SF5 to get more info about the game basics.

And here is the biggest secret on how to play Nash (or any other guy and girl) - just enjoy the game, have fun in many modes, so everything else will happen automatically. Learn tricks from various Street Fighter V guides and esports events and then add them to your playing style. If you like Nash (in his various SFV costumes), you will definitely be motivated to train with him and get many victories.

For getting fighting game articles and news directly to your social feed, follow DashFight on Facebook and Twitter. Join our community of awesome people on Discord!