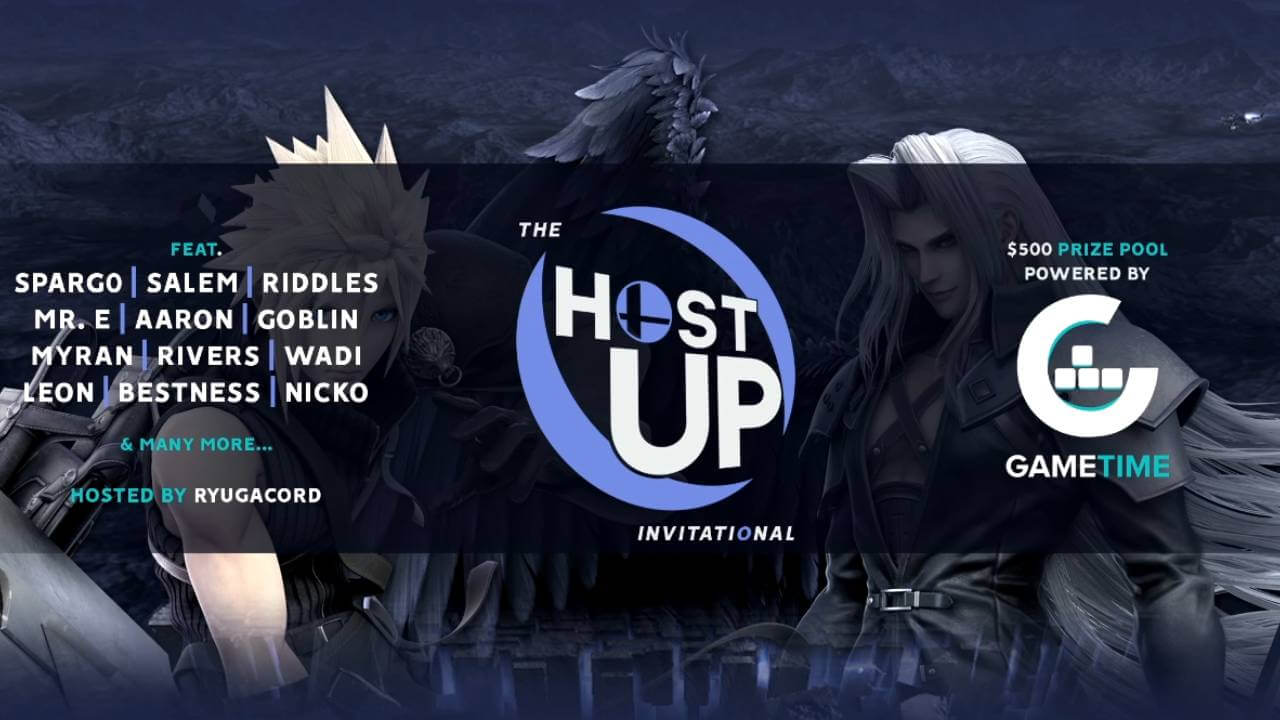 Pic Source: GameTime_Live Twitch
#News
That was a tournament with many prominent players in Smash esports

It’s nice to have open fighting tournaments where everyone can become a participant and prove their skills. But invitational events are especially interesting - the organizers choose the players, so the level of competition is high at every stage, with absolutely breathtaking matches in the Finals. One of such SSBU invitational tournaments happened on January 31 - The Host Up Invitational.

64 prominent players joined the battle. If you follow Smash Ultimate news on DashFight, you definitely know some of the attendees, such as BestNess, the winner of Get Clipped #8; Sonix, the winner of The Box: Juice Box #19; Epic_Gabriel, the winner of Smash the Router #4; and Sparg0, the best SSBU player according to Wi-Fi Warrior Ranking.

Watching their fights is a wonderful experience - and it can be quite helpful as well, for you to absorb various tricks and start playing Smash Ultimate batter.

Saleem “Salem” Young had a very good run in this tournament. Their Enderman was unstoppable and defeated Luke “KirbyKid” Richmond in the Winners Semi-Final and then Aaron “Aaron” Wilhite in the Winners Final and Grand Final. Congratulations!

The Host Up Invitational - Top 8 players

Super Smash Bros. Ultimate is one of the most successful games on the Nintendo Switch, and these consoles are doing pretty well in sales too. Such results mean that many new people are coming to the Smash community and potentially giving a good fight to the existing kings of the hill. Maybe you are one of these future esports celebrities?

Follow DashFight on Facebook and Twitter to get info on interesting SSBU tournaments. Join our Discord community to be in the whirl of all things fighting games.