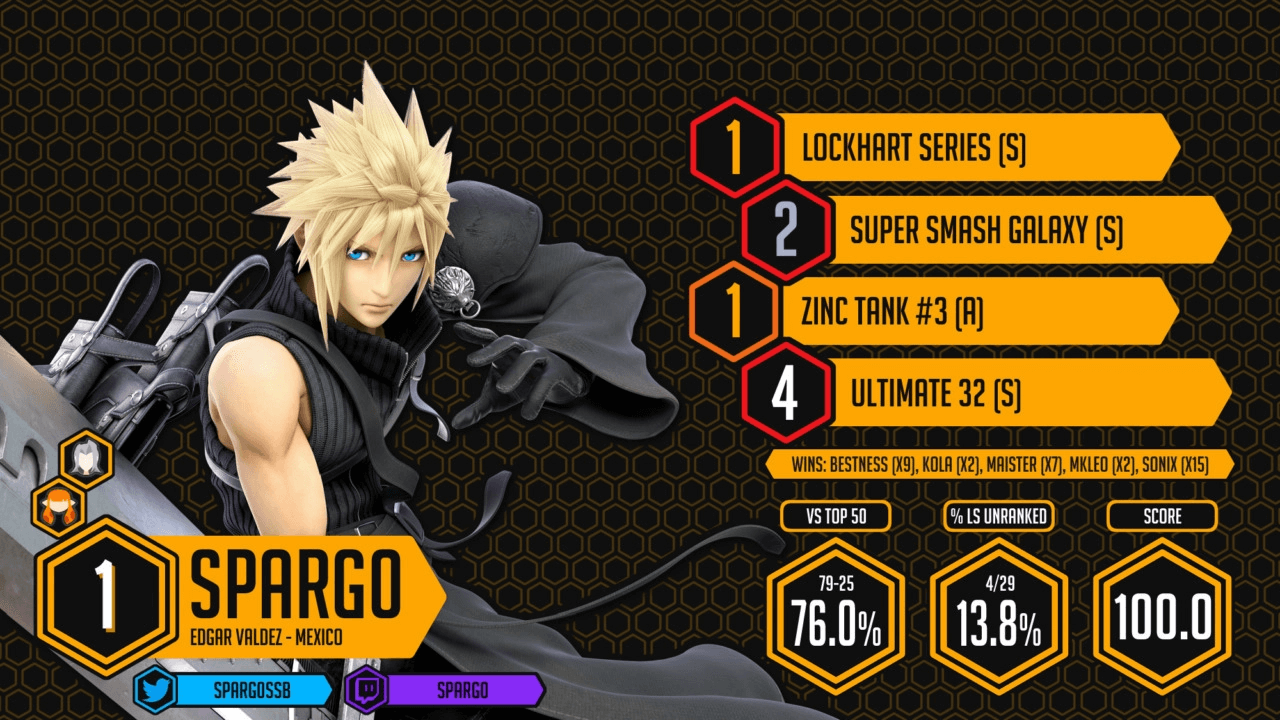 The Wi-Fi Warrior Ranking is a community-driven effort to rank the most prominent players in the Super Smash Bros. Online scene. The first iteration of the rankings was back in 2018 and covered the game's Wii U version. By the start of 2019, the ranking moved to Ultimate, in what would be their third update to the rankings. Of course, at the time, they were not expecting to be as important as they are today, the global pandemic has forced players out of the stages and offline events and into their homes.

For the Sixth entry in the rankings, the team behind the WWR partnered with Daily Esports to release the rankings piecemeal over the course of January. And now we know who is at the very top of that list. Edgar "Sparg0" Valdez.

Although only Sparg0's biggest wins are noted in the article, it is clear that he has been having an amazing season in the latter half of 2020. A total of 17 wins adorn his belt in this period alone. And he first began to play competitively at the age of 13! Now he is 15 and making his way to a solid career in competition SSB. His first appearance in the ranking was back in WWRv2 ranking 31st and he came close to topping the charts the season after at 2nd place. A year and a bit later and he has achieved a pretty prestigious position.

This first half of 2021 is looking like more of the same Online only Super Smash Bros as many tournament organizers are once again calling off their events. So although online will never be the same as the offline competition, it can provide a close approximation to what could be happening once things open up again.