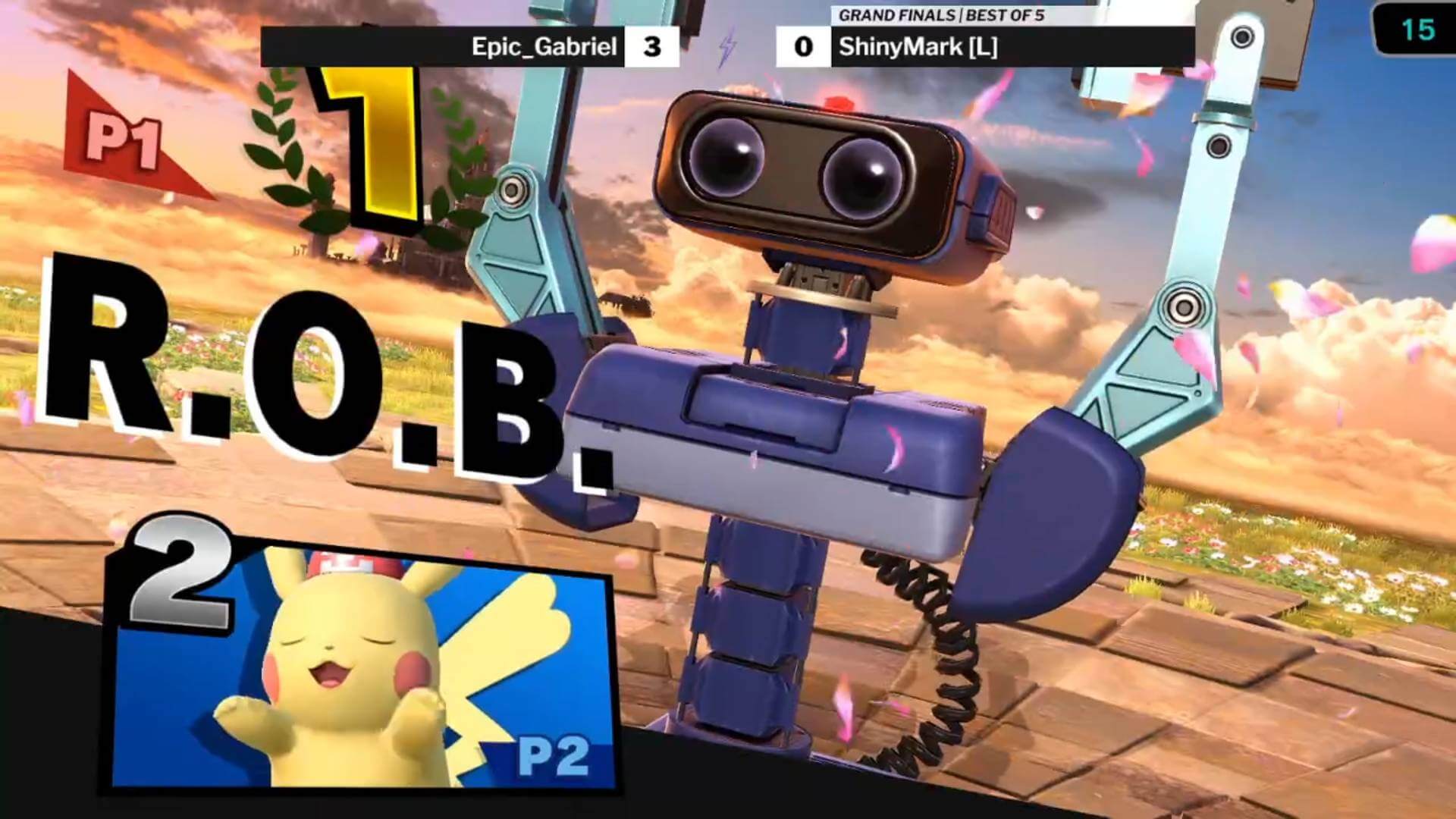 Pic Source: RocaVR Twitch channel
#News
He wins the second tournaments of this series in a row

On January 23, we had a chance to enjoy Super Smash Bros. Ultimate fights of the esports tournament Smash the Router #4. It had a $1,000 prize pool and was available for players from North America.

DashFight has a post about Smash the Router #3 - so please, check it out. However different the battle for championship was in July, the final result is the same, and Gabriel “Epic_Gabriel” Romero is a two-time router smasher now.

In the Finals, R.O.B. of Epic_Gabriel successfully defeated Ike of Yez, Sheik and Zero Suit Samus of Sharp, and Pikachu of ShinyMark. That was quite a series of win rounds! In fact, Gabriel lost only one round during the whole event - in the starting pools.

Top 8 players of Smash the Router #4

Epic_Gabriel participates in many other Smash Ultimate events and wins quite a lot of them. You could see his R.O.B. fighting at The Box: Juice Box #24 and #23. Could pro players have divide their zones of interest? For example, BestNess has occupied the Get Clipped events and wins them one after another.