Lui$ is a Champion of SSBU 2GG West Coast Invitational 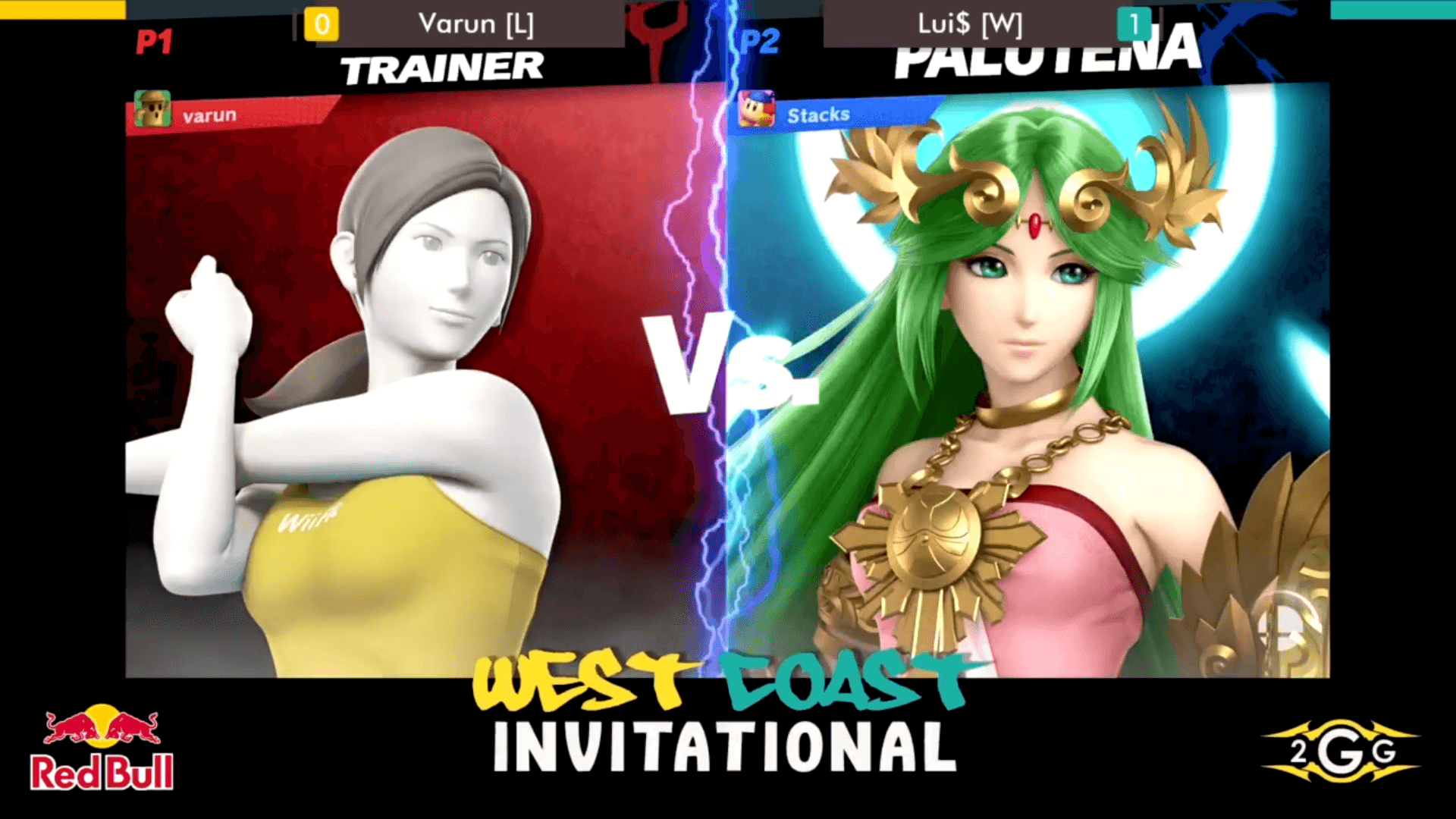 Pic Source: 2GGaming Twitch
#News
It was a tournament for selected players from the west coast states of the USA

It’s nice to witness matches at tournaments with open entries - you can meet fresh talents and unusual fighting styles. But invitational events have their specific power because every fight here is super interesting and worthy of your attention. One of such Super Smash Bros. Ultimate tournaments took place on November 29 - 2GG West Coast Invitational, organized by 2GG and Red Bull Gaming.

Luis “Lui$” Oceguera had a very successful run - he won all five matches. First, he defeated James “Eon” P. in Round 1 (3:0), then Alex “Razo” Sanchez in the Winners Quarter-Final (3:1), and Larry “Larry Lurr” Holland in the Winners Semifinal.

His opponent in the Winners Final and Grand Final was Varun “varun” Rao. This guy won his matches in the parallel bracket but then lost the Final (1:3). He managed to defeat Razo in the Losers Final but then again lost to Lui$ in the Grand Final. Palutena of Lui$ was unstoppable!

We congratulate Lui$ on this victory! Guys, you can see him and other participants playing Smash at many other events - for example, at The Box: Juice Box or Ultimate 32.

Are you searching for a Smash tournament to prove your skills? Then take a look at the series Get Clipped.