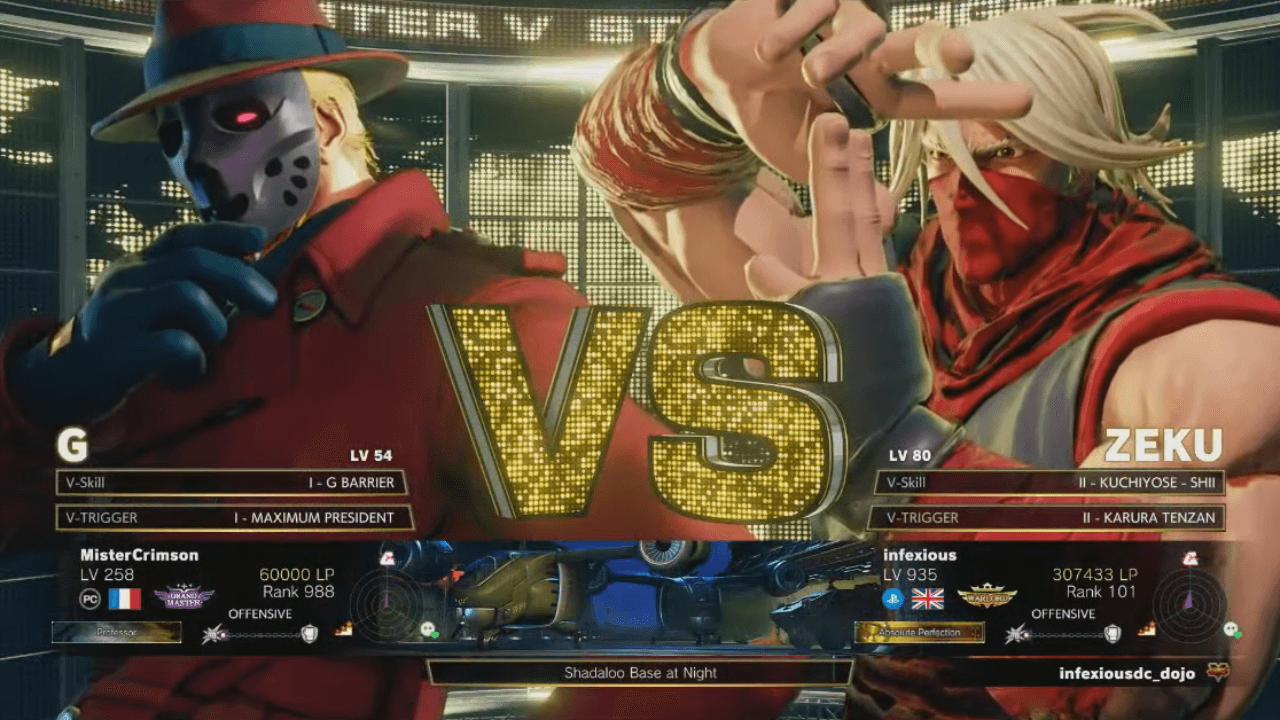 The fighting games community inevitably approaches the end of the long series of Capcom Pro Tour tournaments, so many regions already have their two participants at the upcoming Street Fighter 5 event Capcom Cup 2020. On September 11, we got the second pro player from Western Europe. DC “Infexious” Coleman will make a good company for Takamura_B, who won CPT West Europe 1 in July.

This SF5 esports event had 247 attendees. First, they fought in eight starting pools to be among the TOP 16 players.

DC “Infexious” Coleman won his Top 16 match against Claude Eric “Hurricane” D and proceeded to the winner's bracket of the Top 8 part.

In the Winners Semi-Final, Infexious played against Pastor “Mopuulapo” Mop and won 3:1. The final match was against Anthony “GuN_SLinGa” Phillips - 3:0. In the Grand Final, Infexious met Nathan “Mister Crimson” Massol and won 3:0. Congratulations!

There will be 5 more Capcom Pro Tour tournaments. The next one is planned for October 17 - Central America 2.

Another interesting series of fighting esports events is Street Fighter League - the US part started quite recently and we are already 2 weeks deep into the Japanese section.