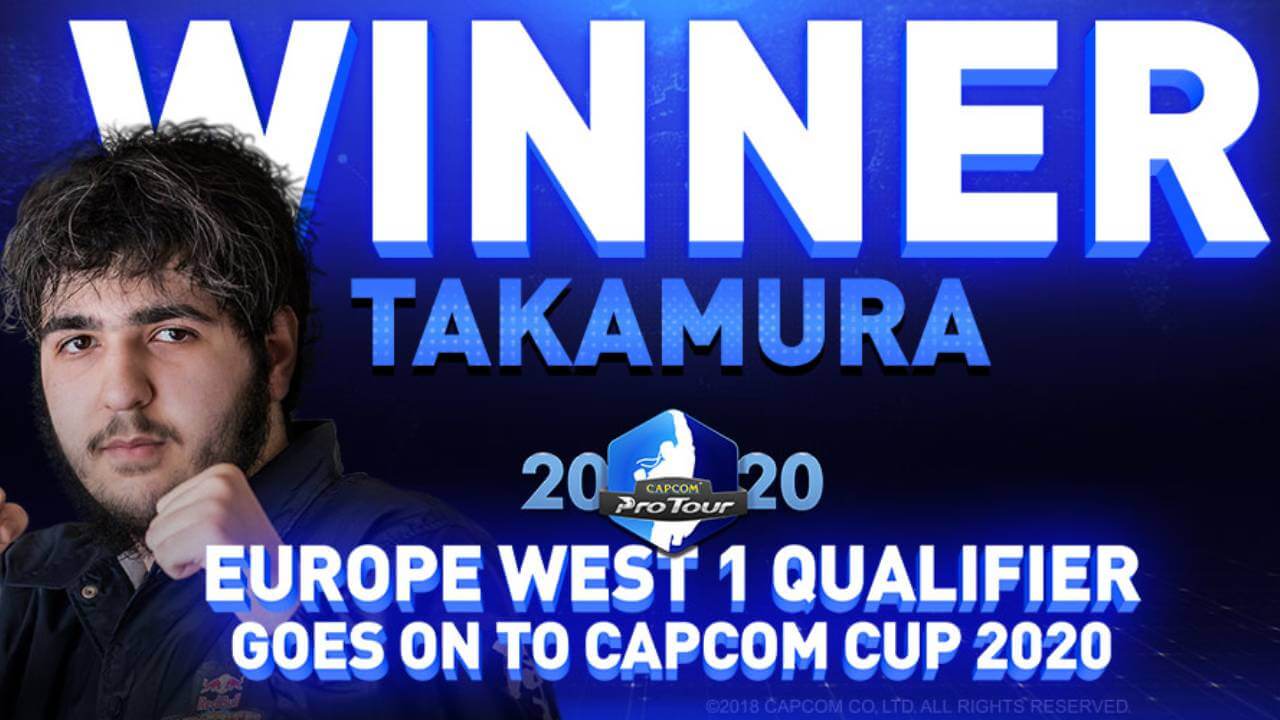 capcomprotour.com
#News
Another exciting qualifier is over and we’ve got the next competitor for the upcoming Capcom Cup 2020

On July 18-19, Street Fighter V players from Western Europe fought for the chance to participate in the big final tournament later this year.

There were 220 entrants, divided into 8 groups. After the initial qualifying stage, winners in each group proceeded to the quarter-finals and the second players fell into the losers bracket.

After the quarter-final matches, we’ve got 4 participants of the semi-finals:

Contenders of the losers round and the other 4 players in TOP 8 of this tournament are:

Takamura_B and Hurricane played in the Winners Final and Grand Final. Houmaid “Takamura_B” Rabie from Belgium won twice. And here is the final positioning in TOP 8 of the qualifier Europe West 1 Capcom Pro Tour 2020:

You can enjoy this Street Fighter 5 esports tournament on the video - there are quite a few interesting fights:

We will meet Takamura_B at the Capcom Cup tournament along with Pikoro, the winner of South America 1 section of Capcom Pro Tour 2020.

The next competition of this series will be Asia East 1 on July 25. If you want to participate in such events in the future, our guide Street Fighter 5 for beginners may become quite helpful.