Get Garuda in Street Fighter V - a Crossover Costume for Akuma 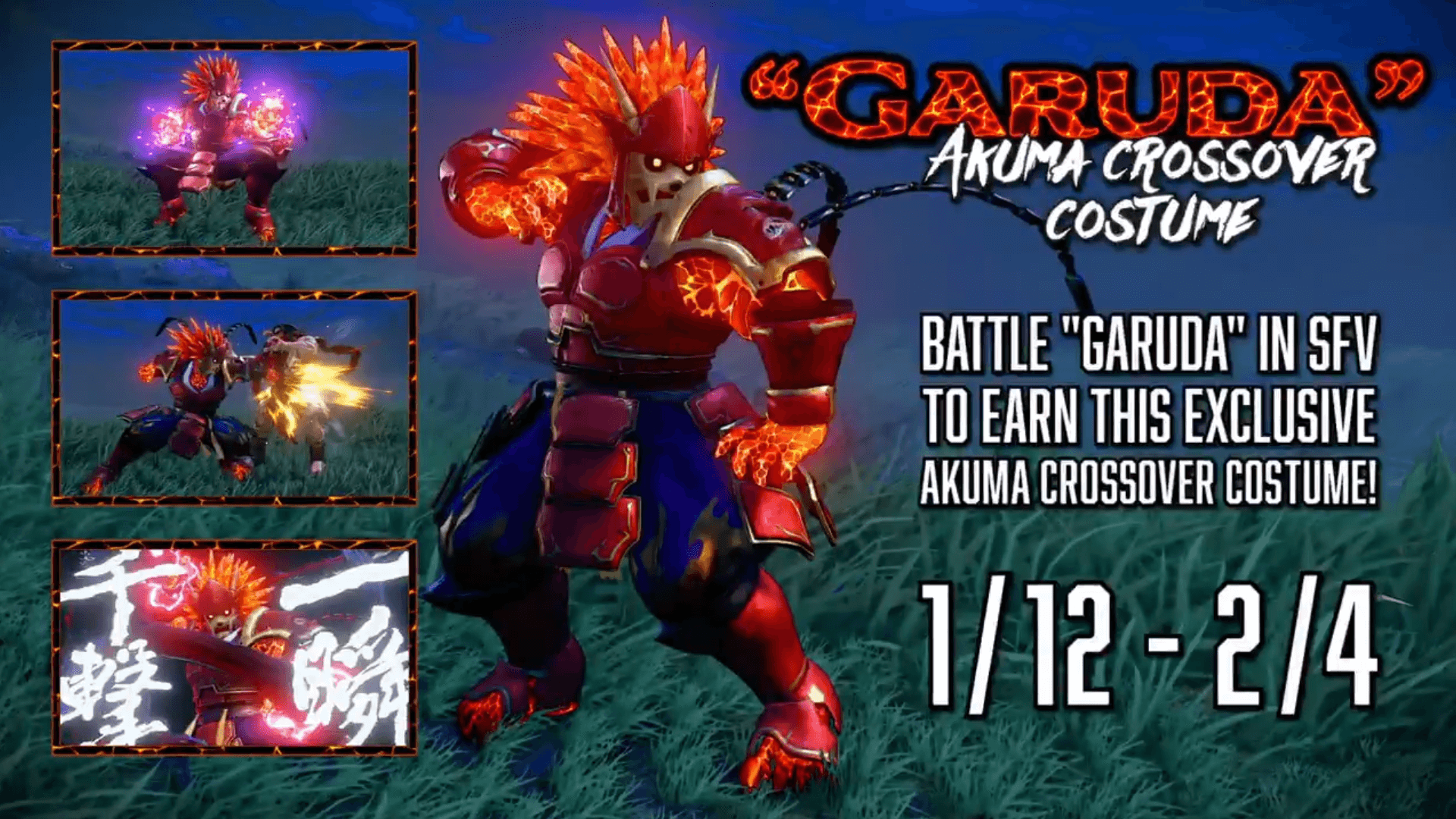 Pic Source: @StreetFighter Twitter
#News
The legendary villain returns. Maybe his spirit possesses this one of the most powerful Street Fighter characters?

Capcom treasure their heritage, and it’s a great pleasure to see how the unique gems of the past do not disappear but return to the modern era of fighting games. The Nintendo Switch owners will soon get a re-release of arguably the best game in the Street Fighter series. And SF5 players regularly get awesome outfits to their collection, based on much earlier games and fighters.

The process of getting this costume is quite exciting - you need to win one Extra Battle, no Fight Money spendings required.

Garuda was a hero but went astray and accepted the power of dark energy. He is a dangerous opponent, so his spirit would make your Akuma even more impressive.

Let’s try and get the Garuda costume! Maybe we will even see it during professional competitions, such as Street Fighter League and Capcom Cup.