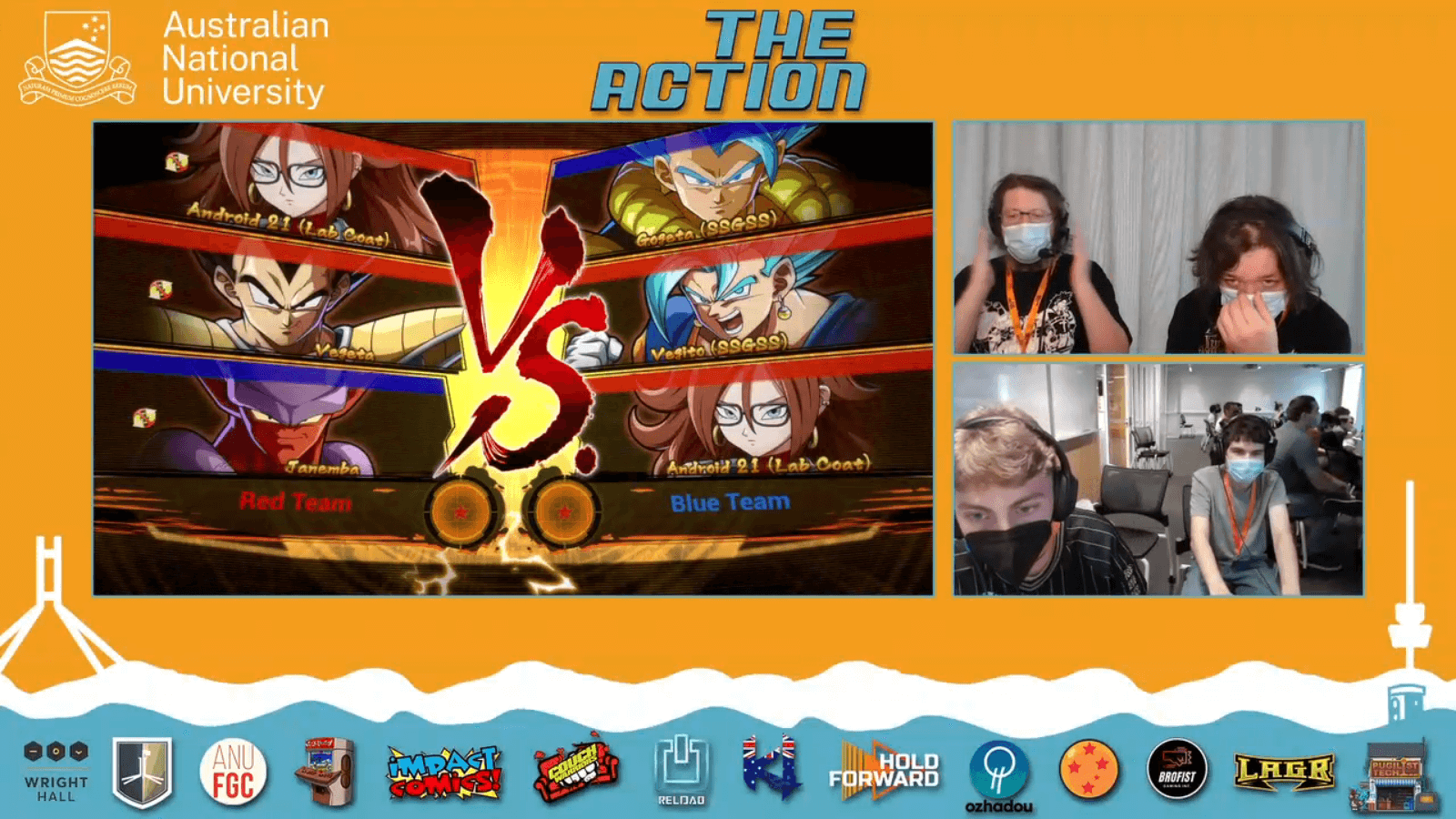 Pic Source: stickaddictioncbr on Twitch
#News
When there are no guest players from Japan…

Fighting esports is popular all over the world, and even serious organizations such as Australian National University support the tournaments. And yeah, we are not talking about abstract things. The Action is a multi-game event that happened in Australia, and it was presented by ANU Fighting Games Club.

This post is about the DBFZ tourney at The Action. Sure, it’s not your biggest tournament with the same top-level names that will attend the DBFZ World Tour 2022/2023 Global Finals. But taking a look at local competitions might be the same interesting — we can enjoy various fighting styles and learn some unusual tricks.

Let’s watch the stream and check out the results. A bit lower, you’ll find a list of DBFZ characters in use.

DBFZ at The Action | Stream, Top 4

Did you watch the matches of CouchWarriors Crossup 2022? It was a World Tour Power Event, and Fenritti himself attended it (to earn general standings points). The only opponent who had slight chances against the Japanese player was Novix. He participated in The Action as well. So, how did he perform without the “Godzilla” in the brackets?

Novix confidently made it to the Grand Final without losing even one game. But then he faced CugeltheClever1 again, and the match did not go too smoothly.

CugeltheClever1 is a remarkable player. Not only did he create significant troubles for Novix and reset the bracket, but also, he did that while playing DBFZ on a keyboard (like Nakkod in Greece).

In the Grand Final Reset, Novix recovered from a shock and eventually won the fight.

Novix is the DBFZ Champion at The Action. Congratulations!

DBFZ Team Composition at The Action

(this player actively used The Best Dup in DBFZ)

While we are waiting for the World Tour Global Finals, we can enjoy great DBFZ community events, such as FighterZ Duel Academy.

By the way, DBFZ is now part of the PS Plus game catalog (Extra and Premium). It’s a good chance to try the game if you haven't had a chance yet.