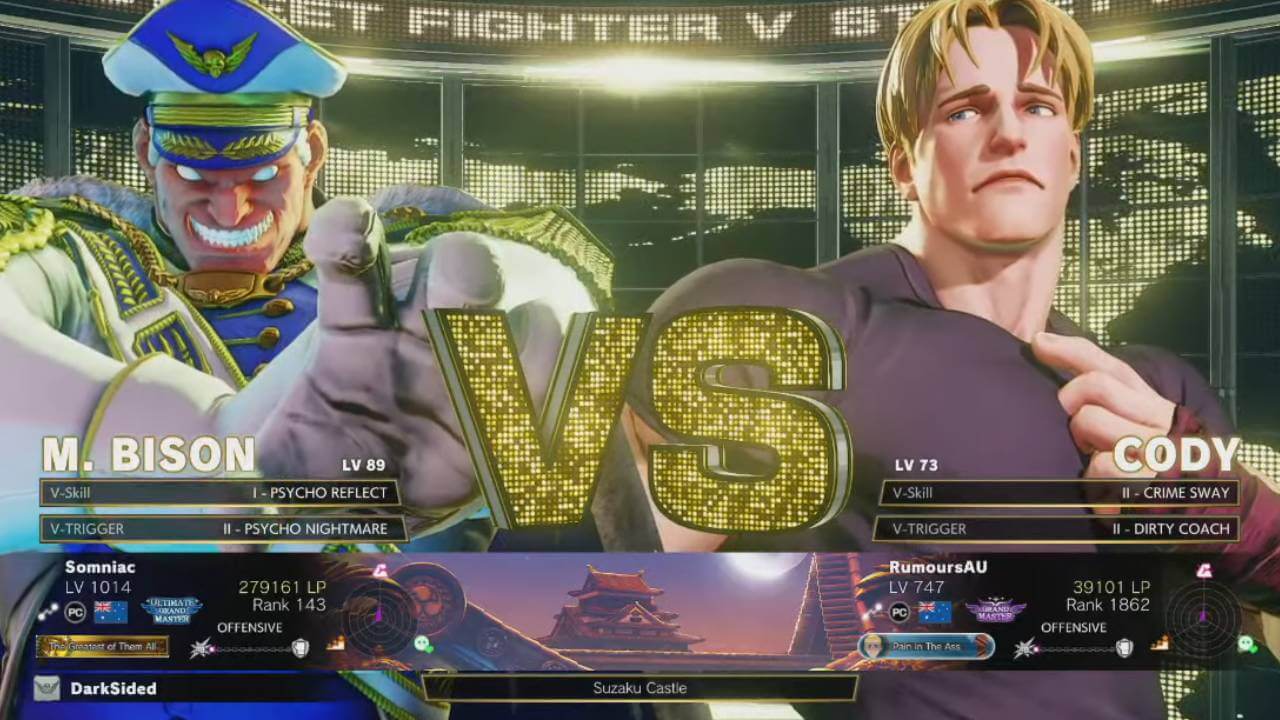 Another CPT qualifier has proven a super high competitive level of the top Street Fighter V scene. Australian players demonstrated amazing skills in lots of matches with tough moments throughout the whole tournament. We can just wonder how tense the international fights of Capcom Cup 2020 will be.

Capcom Pro Tour Australia had 75 attendees. After the starting pools, we could enjoy the Top 16 brackets.

Yuvin “Rumours” Manadeniya entered the Top 16 part through the Winners Bracket and defeated Fraser “FREESER” Johnson - not too easy though, 2:1.

In the Top 8 Finals, Rumours had the same not-very-simple matches against Kevin “bksama” Nguyen (Semi-Final, 3:1) and Ervin-Jason “pahnda” Garanovic (Winners Final, 3:2). But his battle was not as tough as matches of the Grand Final opponent - Xavier “Somniac” N., who fell into the Losers Bracket during his Top 16 match and then had to get five victories in a row to still have a chance to win the event.

Somniac was at the top of his game during the Grand Final. Even if Rumours had some pretty good moments, Somniac lost only one round and moved the fight to the Grand Final Reset. First, it seemed like his luck continued - Somniac won the first game. But then the momentum was lost somehow. Rumours proved the power of Cody and won 6 rounds / three matches. That was a splashing comeback for Rumours - an amazing motivation for all the players to not give up.

And here is an emotional reaction of the winner:

The previous Capcom Pro Tour event was in China - and Jiewa won it. The next and the last participant of Capcom Cup 2020 will be determined on November 21 - this will be Street Fighter 5 Capcom Pro Tour North America West 2.

Meanwhile, we have quite a few other SFV esports events to enjoy: from big, like Street Fighter League Pro-US to much smaller, like Next Level Battle Circuit Online.