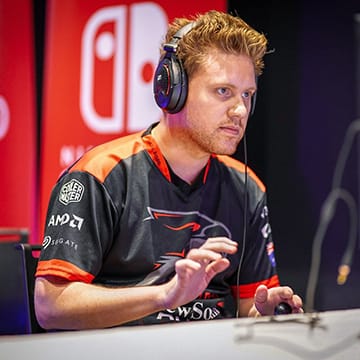 Xavier "Somniac" Nardella is an Australian fighting games player from Melbourne, Australia. He is known for participating in the Capcom Pro Tour 2019 - AUS Tournament where he ranked 2nd place out of 47 entrants in the Street Fighter V event.

Somniac is an M.Bison main with Necalli secondary and has participated in International Tournaments like EVO 2018. He is also a regular in the local and National Australian gaming scene as he is well known for participating in the York City Battles, Battle Arena Melbourne and Couch Warriors League events. He also competes in Dragon Ball FighterZ, King of Fighters XIV, Marvel Vs Capcom: Infinite and Samurai Shodown.