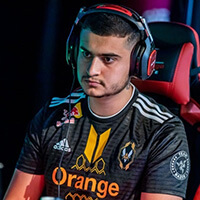 Ilker "TKR" Dovanci is a professional Street Fighter player from France. He's considered one of the strongest Chun-Li players in the region.

TKR started his competitive way back in 2015 as a Street Fighter IV player with 3rd place at Ultimate Fighting Arena 2018 as a most notable result. In SFV TKR is yet to achieve any big wins, but he reached top places at some big events and tournaments, such as Cannes Winter Clash 2017, Brussels Challenge Major Edition 2019, Ultimate Fighting Arena 2019, and CPT Online 2020 EU West 2.