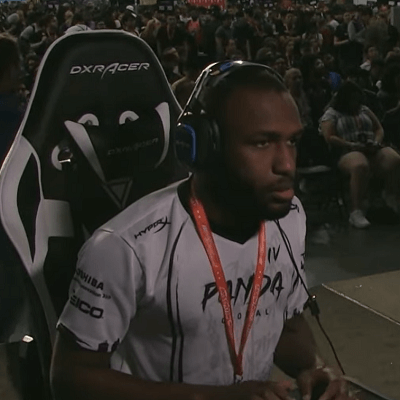 Speedkicks was known as one of the best Hwoarang players in the world, only occasionally trying out other characters due to frustration over Hwoarang as a character and achieved remarkable results. Some of his best performances include first-place finishers at DreamHack Atlanta 2018, DreamHack Austin 2018, East Coast Throwdown 2017, Kumite in Tennessee 2016, 7th place at EVO 2017 and top 32 placements in EVO 2017, 2018, and 2019.

A big part of why he was so successful despite the underdeveloped NA scene and a rather complex character is his play style. Speedkicks is a very meticulous player. He's exceptional at analyzing his opponents and figuring out the game theory to help him achieve success.

Speedkicks started competing with Tekken Tag Tournament 2 and during Tekken 7's era, he often complained about changes to gameplay that in his opinion led to an oversimplification of key aspects of the game.

Although he announced his retirement on Twitter in the Summer of 2020, he competed in the Bud Light Beer League Tekken West 1, ICFC NA Pre-Season Week 4 and Season 1 Week 3 under the gamer tag [REDACTED].