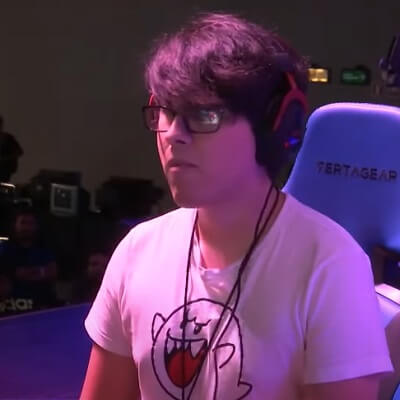 Considered one of the best players in Mexico and a long-time Mr. Game & Watch main from Melee to Ultimate, Regi Shikimi gained recognition for adept proficiency in the use of the character, with best results to include 1st place at Smash Fest Vol. 1 and Concomics 2017 May; 2nd place at Abierto Guadalajara Ultimo Reto and VA Esports Online Open; 3rd place at The Arena 2016, Smash Fest 3, JMSF 2, and 4th place at Smash Fest 2019.