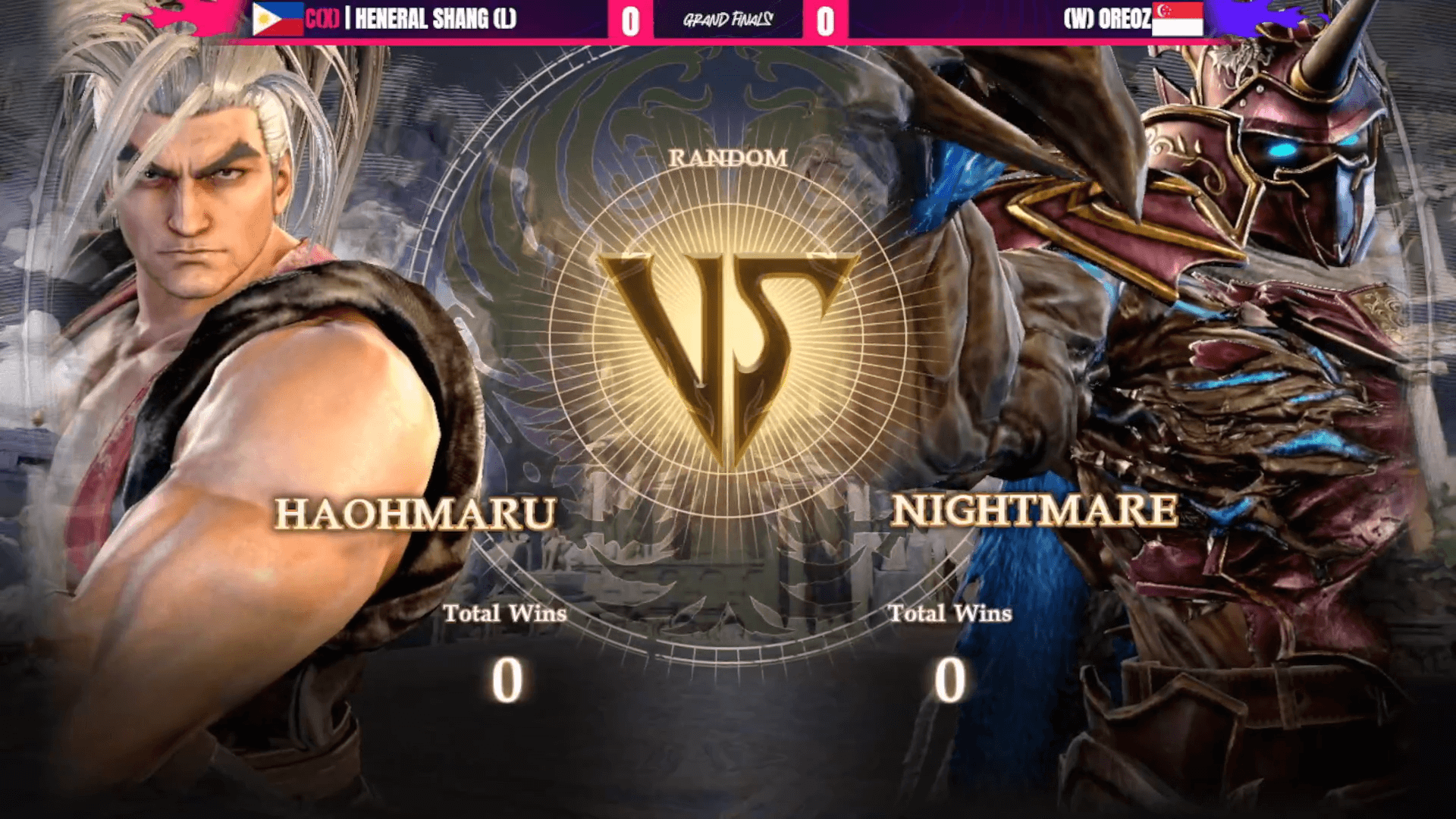 Pic Source: GariathTV on Twitch
0re0z knows how to use Soul Edge

What is the situation with SC6 esports in Southeast Asia?

In these few weeks, we could enjoy Soulcalibur VI tournaments in different regions:

And now, it’s time for the Philippines to gather the strongest players in Southeast Asia.

It’s not a secret that the pro-competition of SC6 is mostly powered by the community. And it’s great to see how the game keeps the fans enthusiastic in different parts of the planet.

So, let’s enjoy the stream! Our post also contains the list of characters in Top 4. And we’ve clipped some best competitive moments. Please, enjoy.

0re0z played Nightmare through the whole Top 4 part. And Heneral Shang was his main opponent. After a pretty confident victory in the Winners Final, 0re0z faced great resistance in the Grand Final. He managed to prevent the brackets reset only in the last round.

0re0z is the Soulcalibur VI Champion at REV Major 2022. Congratulations!

The Winners Final starts with a Ring Out robbery for 0re0z.

Heneral Shang switches to Talim, but even a magic pixel doesn’t help. 0re0z proceeds to the Grand Final on the Winners side.

It looks like Voldo of Make Some Noise is too quick for Astaroth of Vita. A Perfect at the beginning of their match.

A quick punish, and Vita clutches in the first game vs Make Some Noise.

Soul Charge vs Soul Charge — Haohmaru of Heneral Shang has more health, though.

0re0z starts the Grand Final with power — a quick Ring Out.

A Perfect for Heneral Shang.

Another magic pixel for Heneral Shang to stay alive in the Grand Final.

A tournament and reset point, 0re0z vs Heneral Shang.