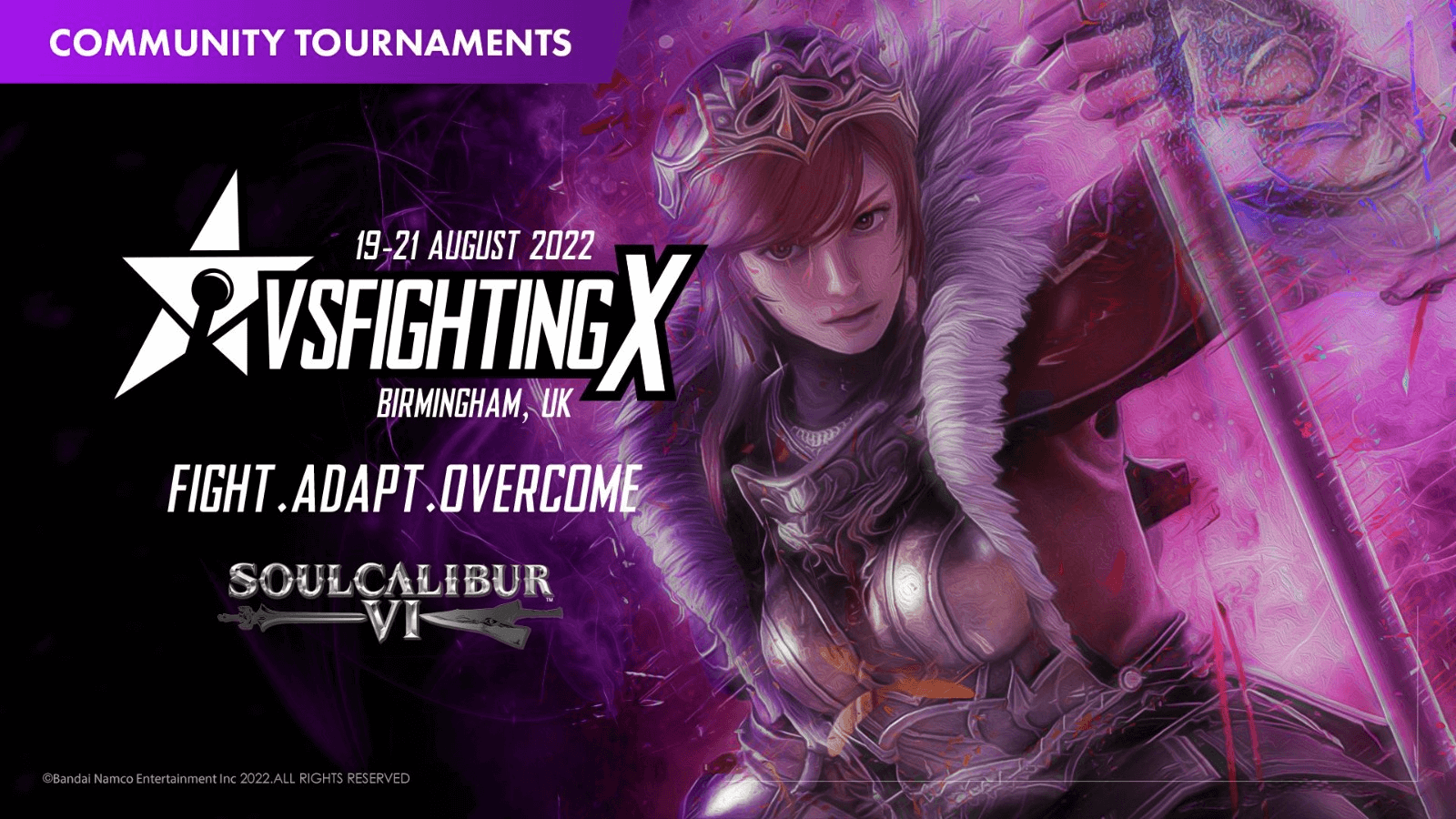 The Soulcalibur developers are probably proud of the community around their game series. SC6 might not enjoy the biggest attention from Bandai Namco (*sad sigh*), but the players still keep the game breathing and leaving. Thanks to this dedication, we can see Soulcalibur VI at such events like Evo 2022 and VSFighting X.

Actually, VSFighting X is the most recent big gathering in the fighting games multiverse. Soulcalibur VI had a community tournament here. Have you seen these matches?

Ssylus-SC remained on the Winners side for the whole tournament. In the Grand Final, he defeated Jason 3:2 and became a VSFighting X Soulcalibur VI Champion. Congratulations!

The top 8 players at the tournament played these SC6characters:

In the first Winners Semi-Final, Ssylus-SC managed to avoid loss in a tense round against Aelz, and then he performed an amazingly quick Ring Out to proceed to the Winners Final.

In the second Winners Semi-Final, Loz Kias won a round with just a pixel of health. Such moments are really cool!

In his match against Koenji, SomethingRefined demonstrated good examples of solid pressure. This one is an effective attack close to the wall.

ganondeurf tried to save a round and used Soul Charge, but HolyCarp was just effective in punishing that.

Playing against Loz Kias, SomethingRefined demonstrated good patience at one of the moments, which helped him survive in the match — for a while.

But then, SomethingRefined became a victim of great damage from Loz Kias, which led even to Ring Out.

The Winners Final was very close, but Ssylus-SC managed to remain effective with his pressure.

Aelz started his Losers Semi-Final against Loz Kias with an excellent round. Just look how effectively it was closed.

And then, with a lot of damage, Aelz managed to defeat Loz Kias.

In the Losers Final, Aelz reached the level of just a few pixels of health but managed to win and remain in the tournament — just for one more game.

In the Grand Final, Ssylus-SC reached a match point situation, but Jason made a powerful statement at the start of the game — it helped him remain in the fight.

But in the very last game, Ssylus-SC left Jason no choice — three victorious rounds and the Champion Title.

Did you enjoy the event?