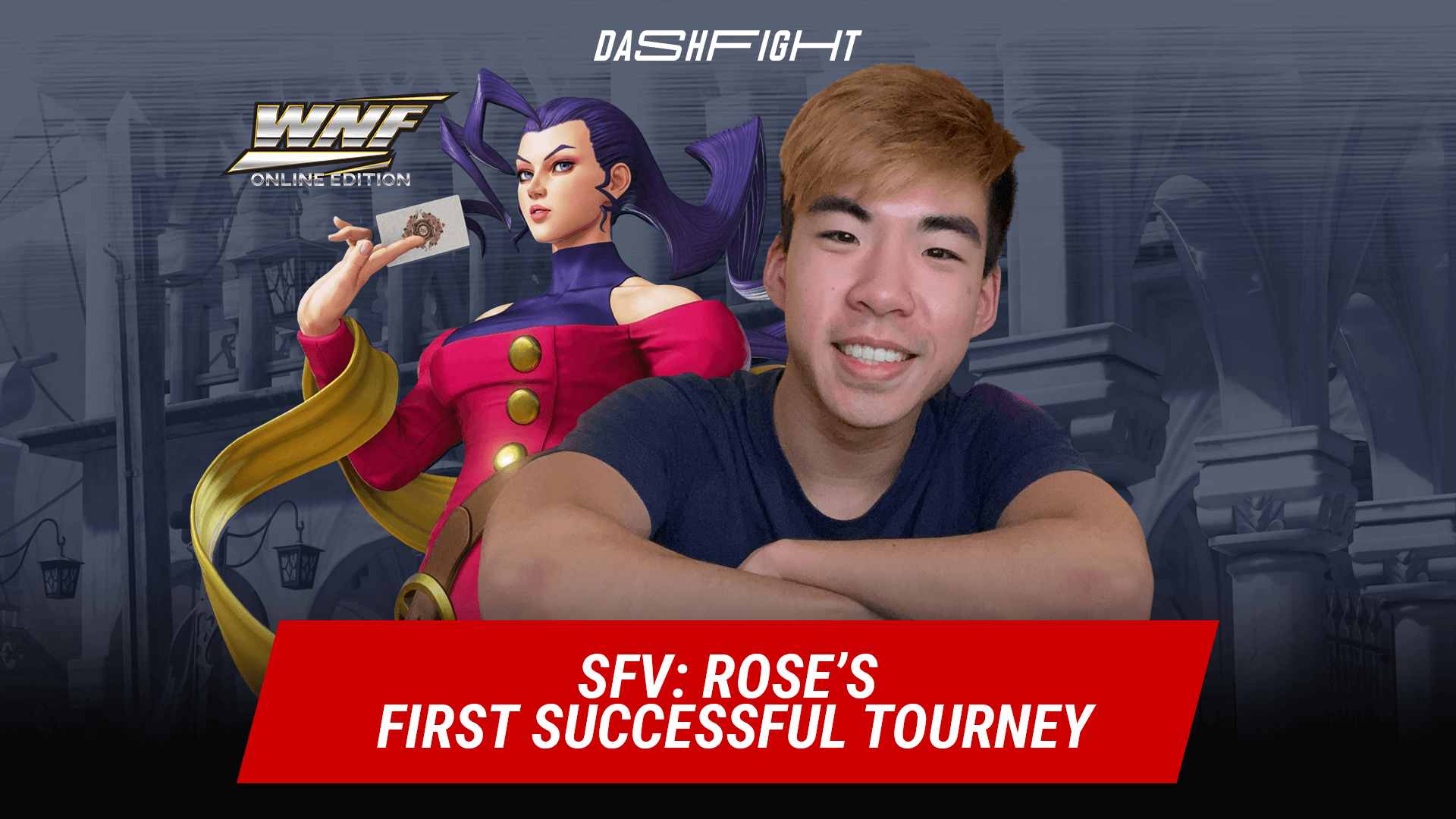 #News
Just a few days after the release of this Street Fighter character, Nephew selects her for WNF and wins the whole event

Fighting esports professionals are absolutely incredible! The level of their skills is breathtaking, and you especially understand that having your own experience in the game and then comparing it to the miracles at pro tournaments.

Let’s remember only one of the aspects - practicing a new character to the level of winning matches. It took a couple of days for Punk after the release of Dan Hibiki to win NLBC #50 with this fighter. And it actually took the same amount of time for Nephew to win an online event with Rose - after her appearance in Street Fighter 5 on April 19.

We at DashFight have made a few posts about WNF - it’s a great series for the fighting games community to keep an eye on. Please, check out the results of WNF2021 #6 or #3.

And yep, Nephew played Rose during the whole SF tourney - he won all the matches with a remarkable style. If you are interested in this character (as you should be if you want to grow as a Street Fighter player), treat yourself to watching at least the Final matches of Nephew.

We contacted Nephew after his victory and asked about his impressions on using Rose and playing at such online events.

The past couple days playing Rose, I've felt like she definitely has potential to be very good. It's early, but it feels like she could cover some of Kolin's bad matchups, so I might continue playing her. Entering today was just for fun, didn't expect to win with her.
In general, I enter online tournaments both as something exciting to do while I stream and also to practice. If I don't compete for a while and then enter a tournament of that break, the pressure can feel weird, and I'll play bad, so it's good to practice that way.

You can’t tell that the event had many famous players. Still, the performance of Nephew is pretty impressive. Thanks to his Rose matches, you can see what the character is capable of in the tournament environment. Probably, you could absorb something into your playing style.

Guys, don’t miss the opportunity to play against pros! Consider participating in the next WNF or NLBC. Even losing to such guys as Nephew is a valuable experience.

We can’t wait to see Nephew playing at the top level - for example, at one of the upcoming CPT events. Last year, he won CPT NA West 1, and then we could enjoy his match against Samurai at CPT 2020 Season Final.